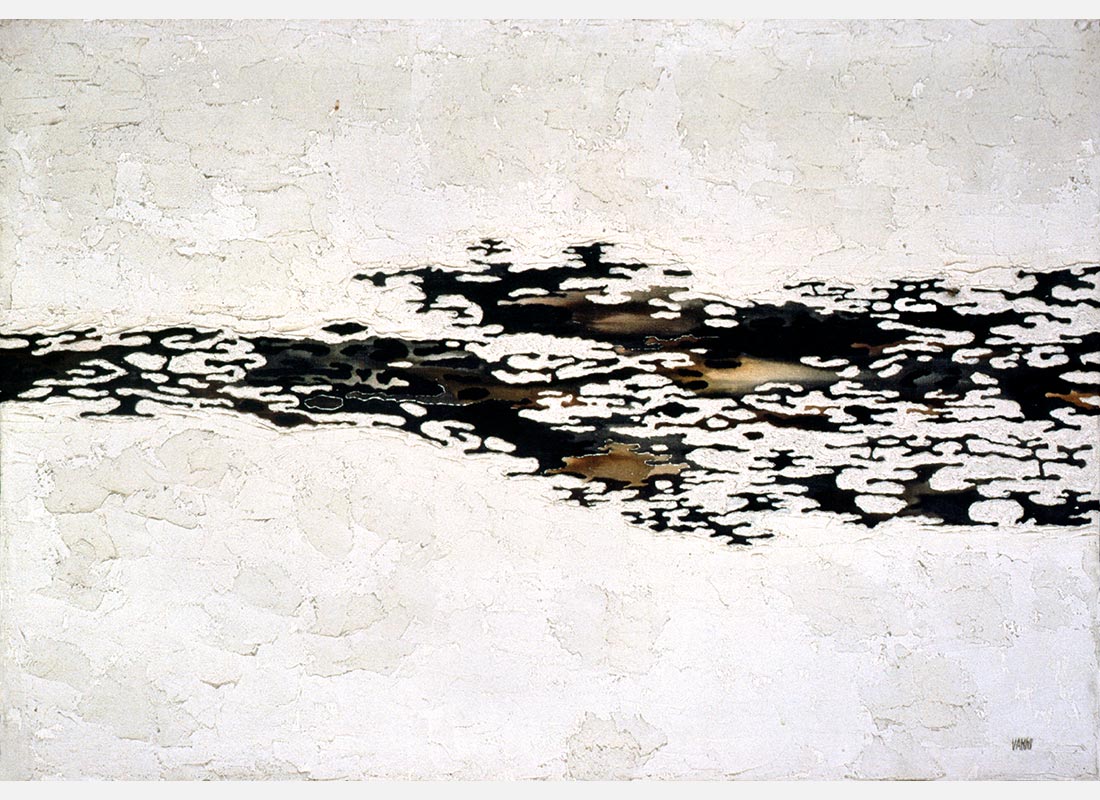 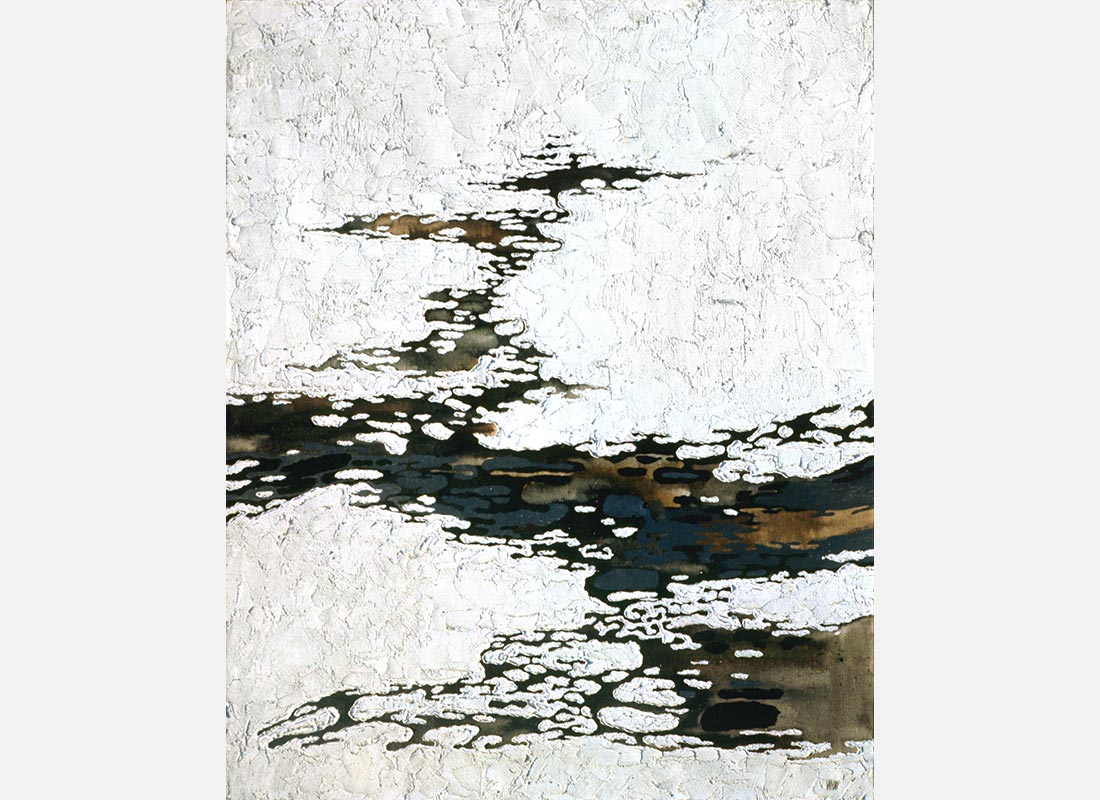 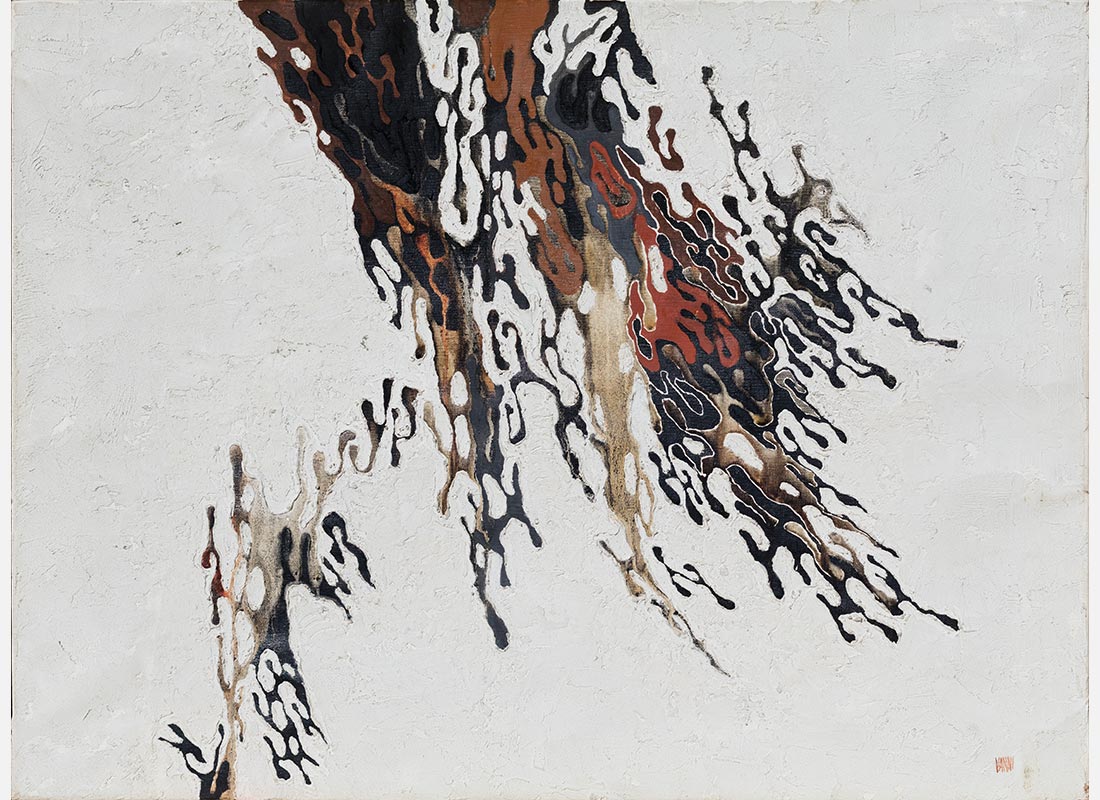 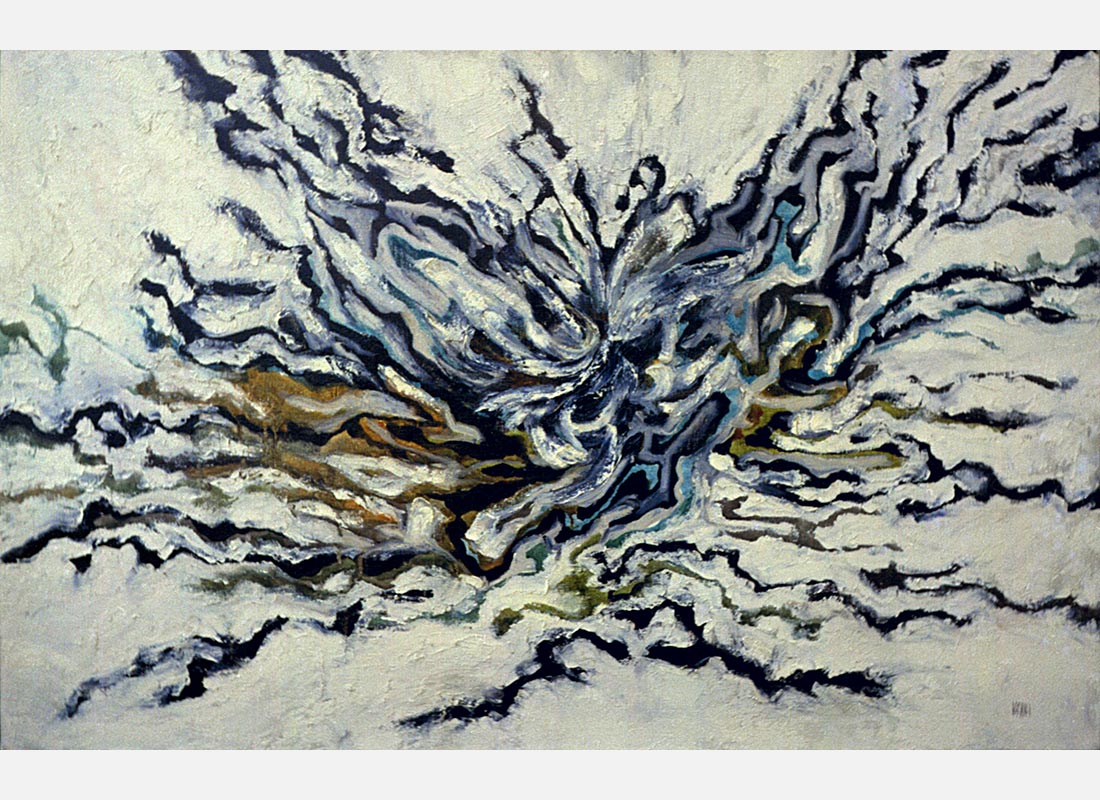 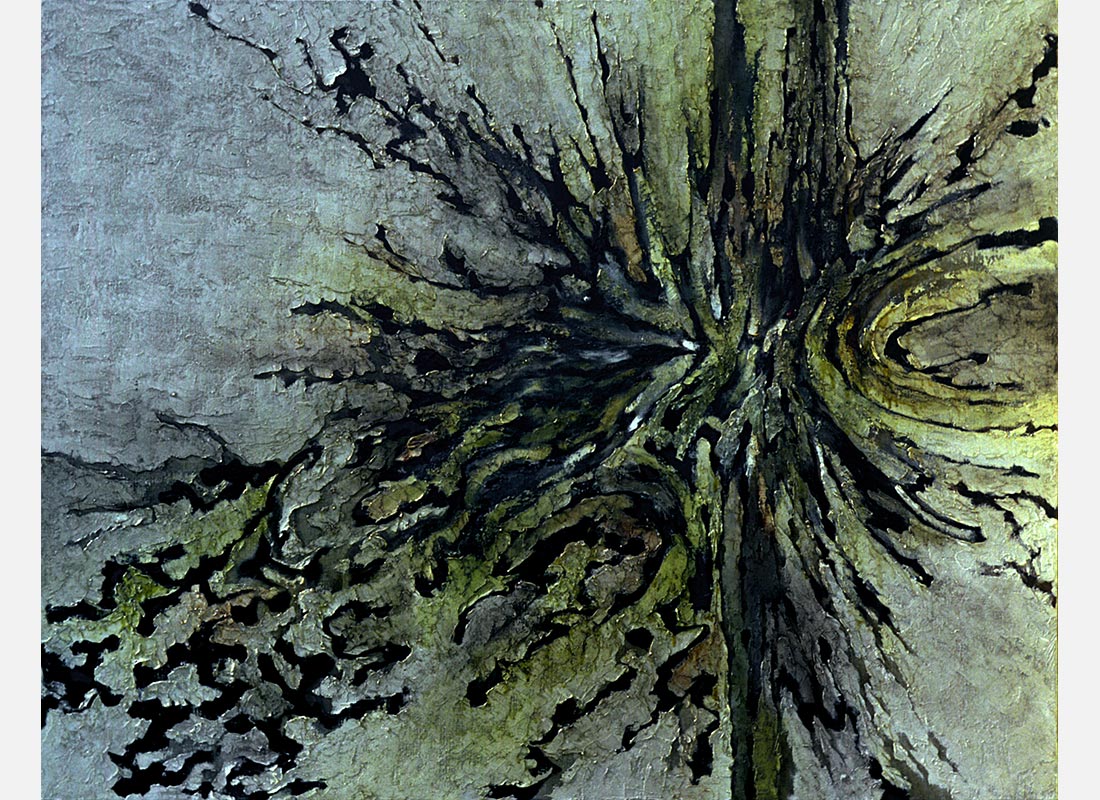 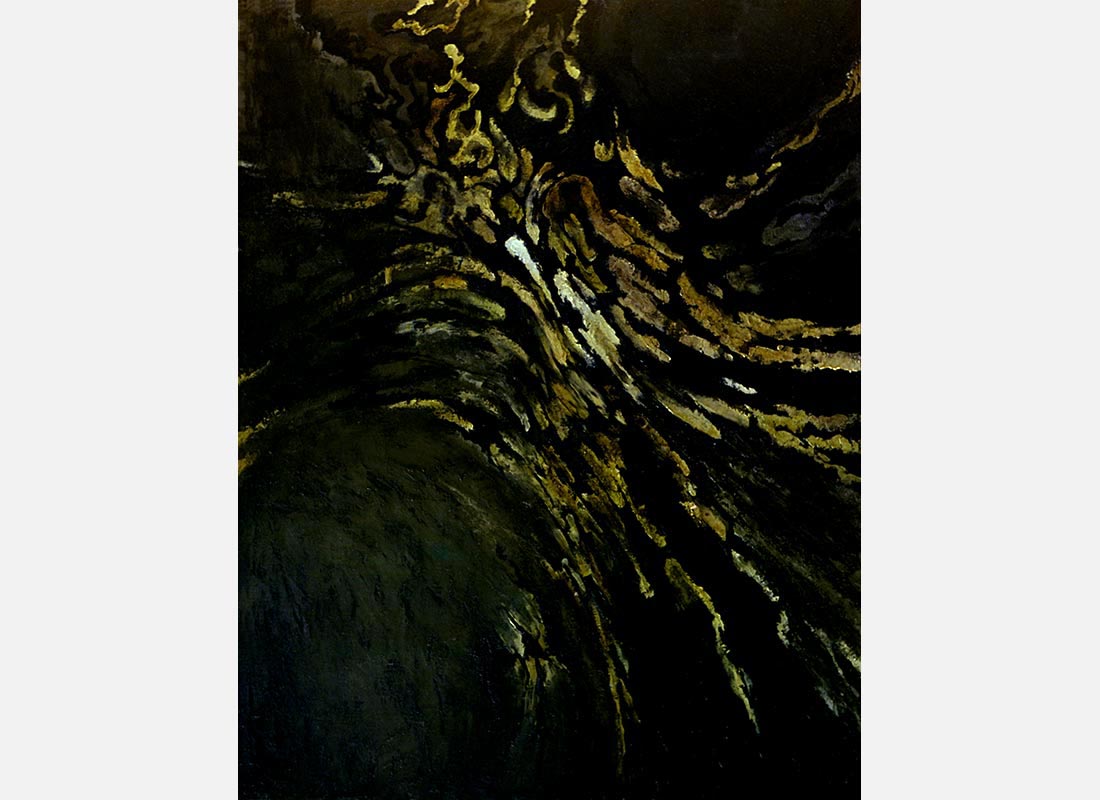 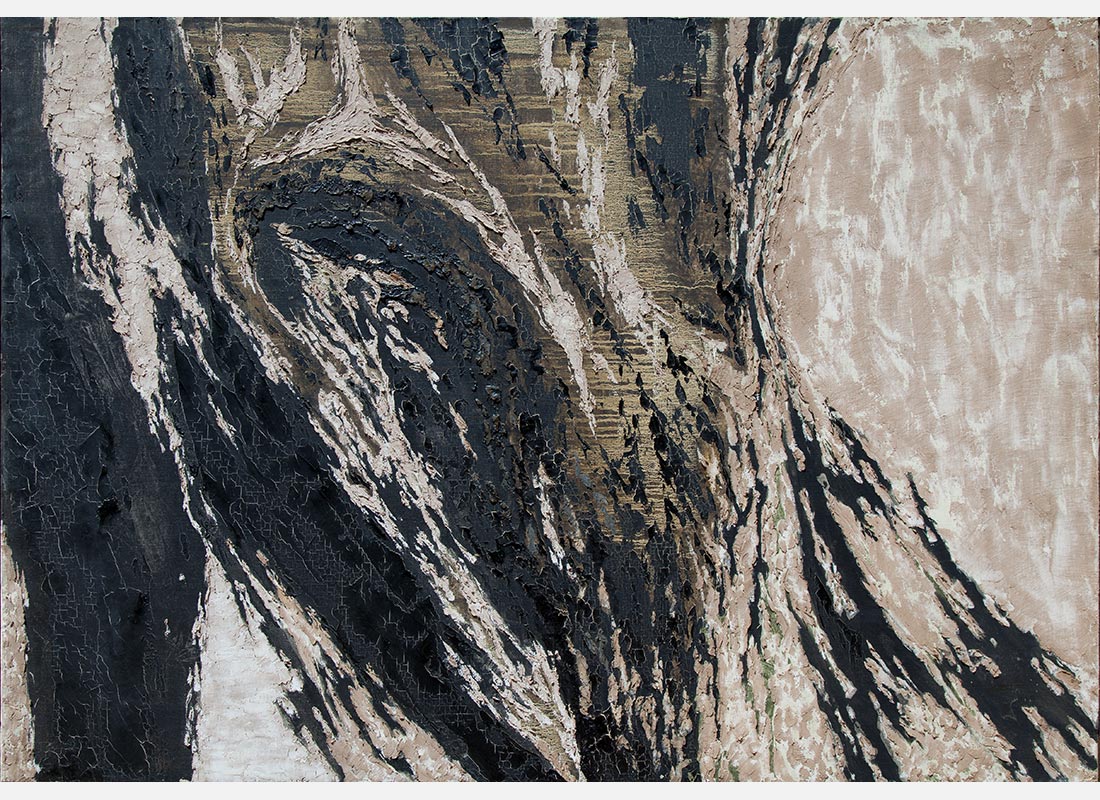 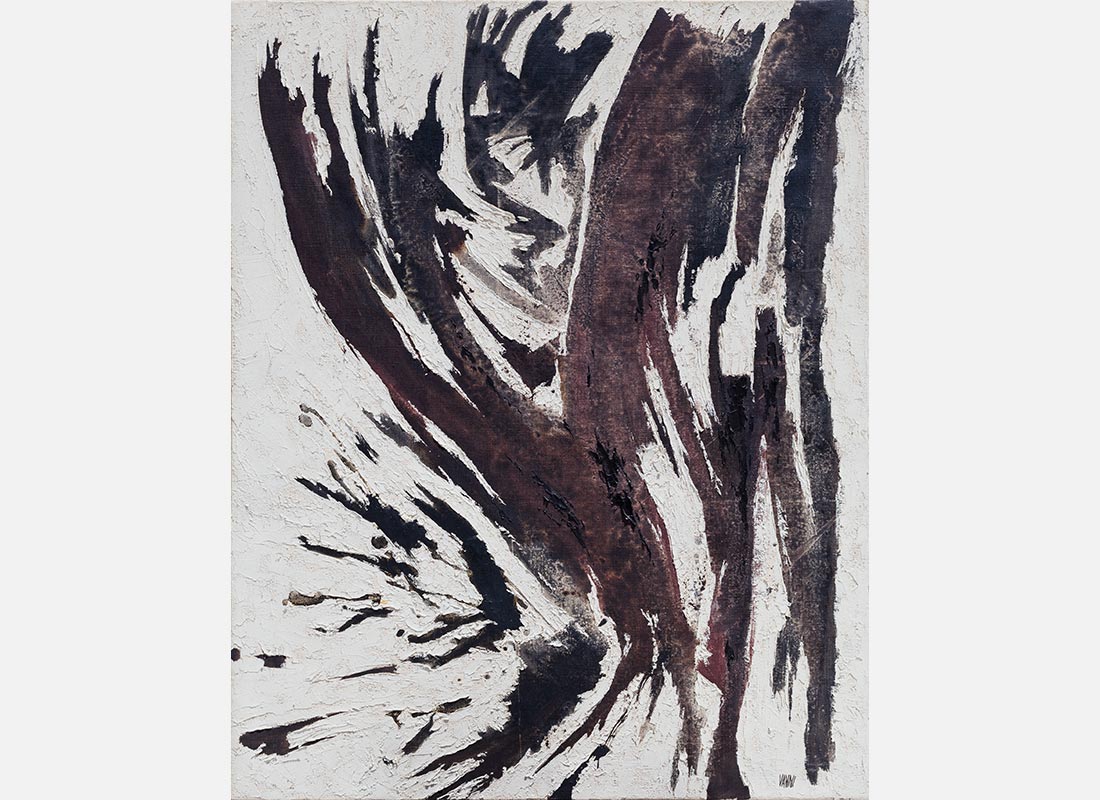 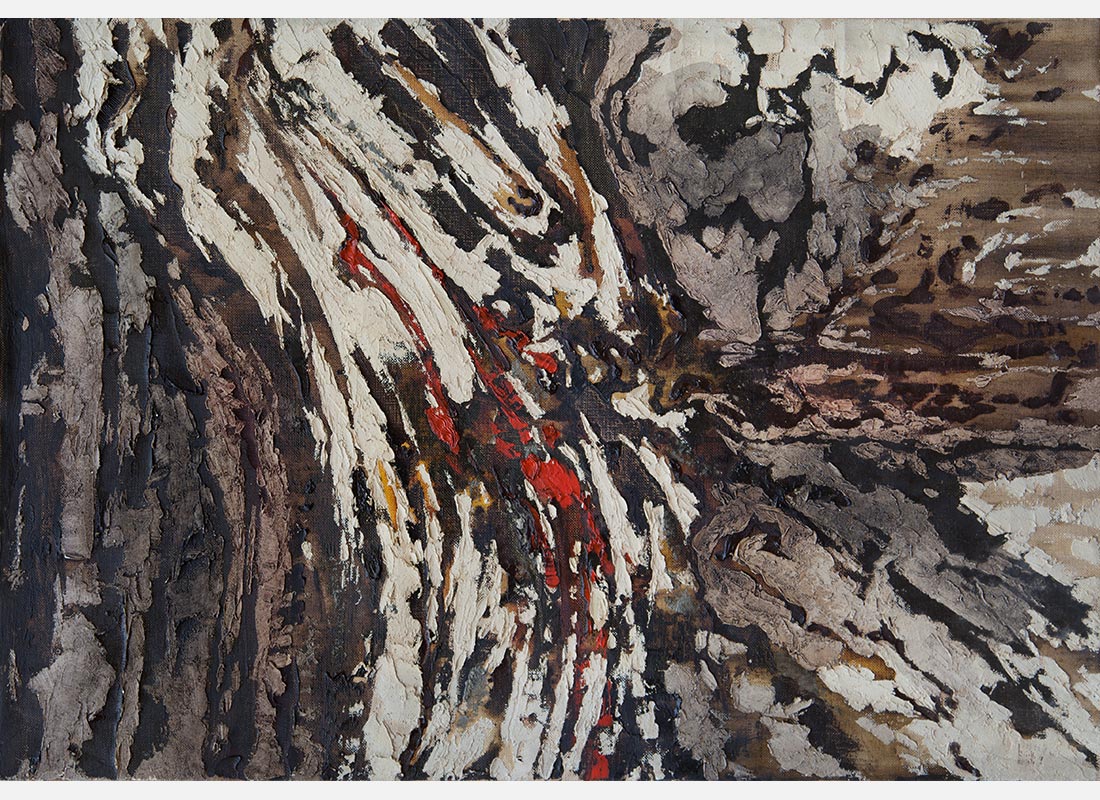 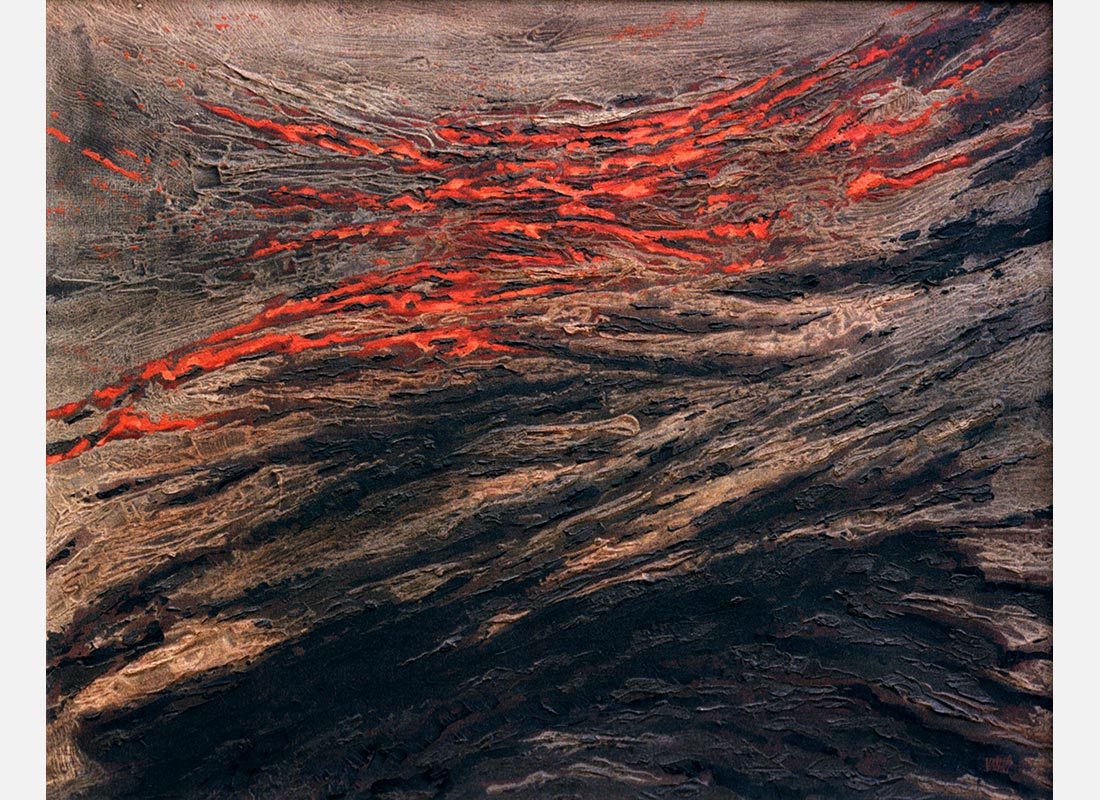 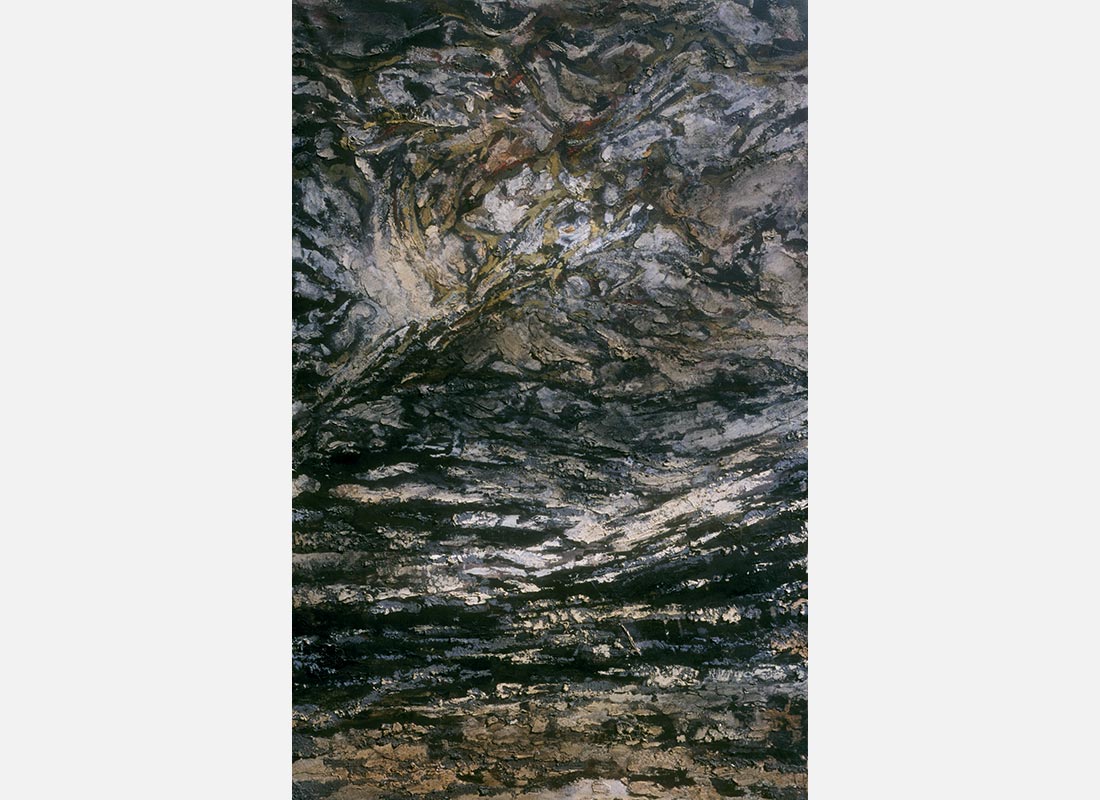 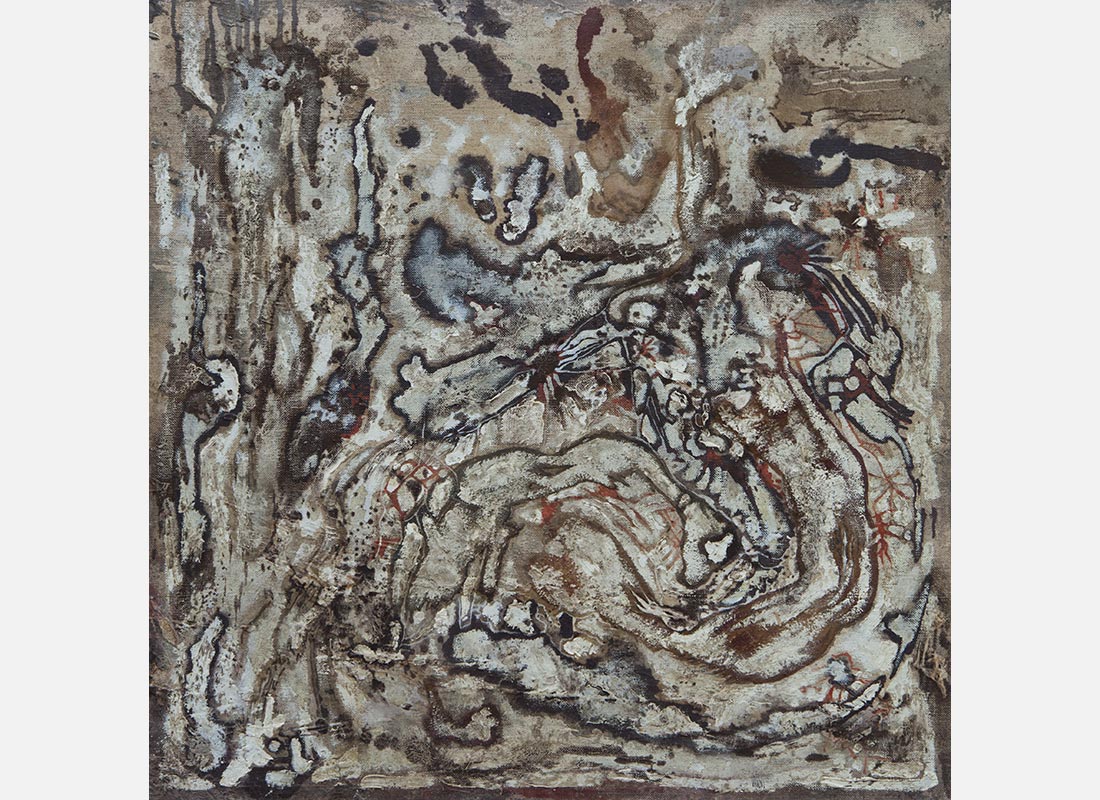 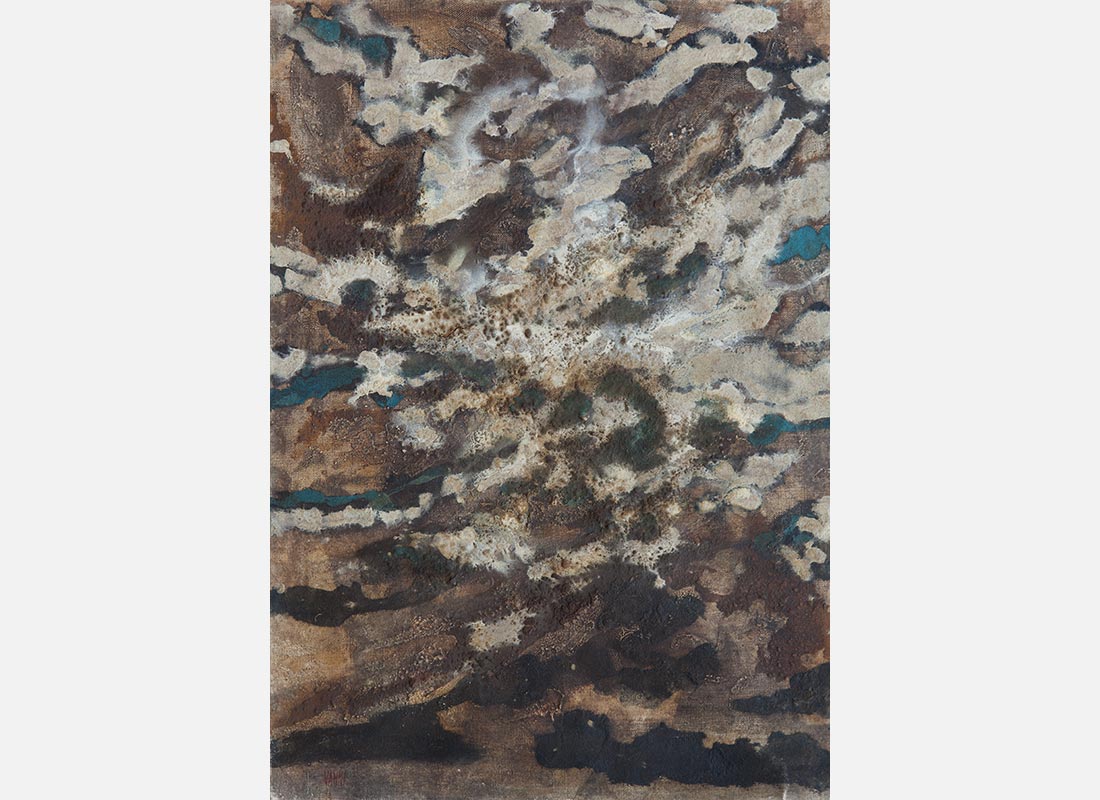 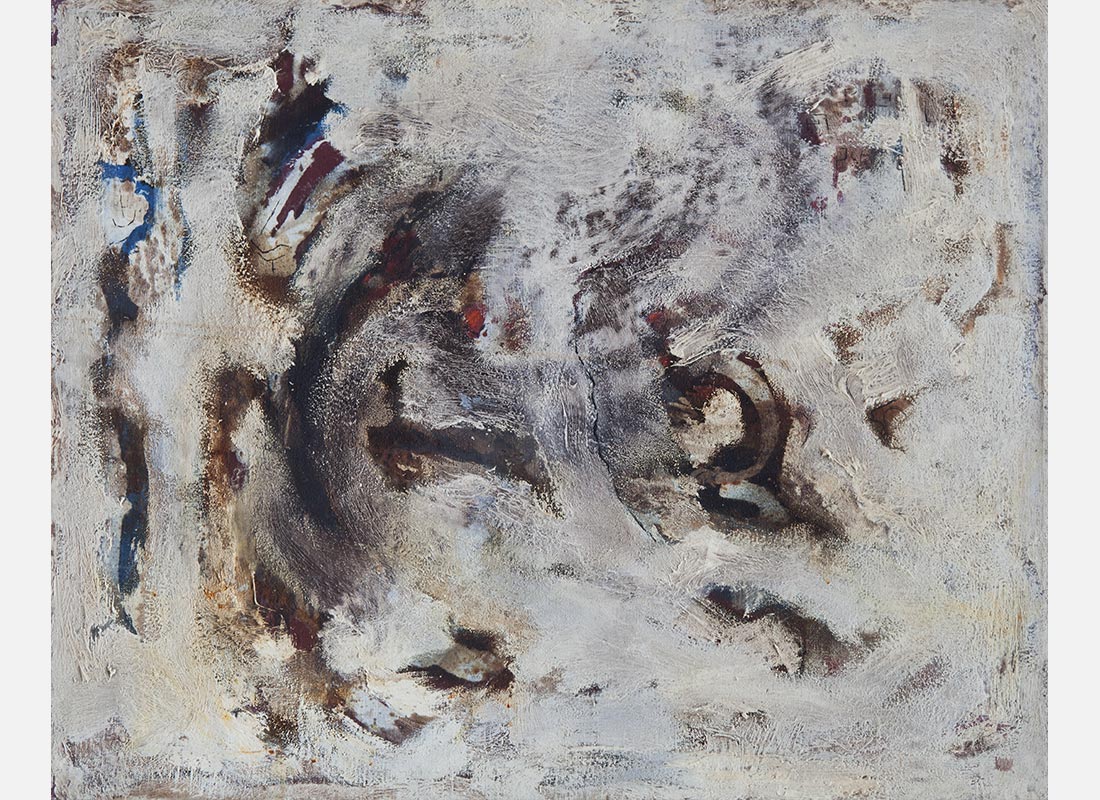 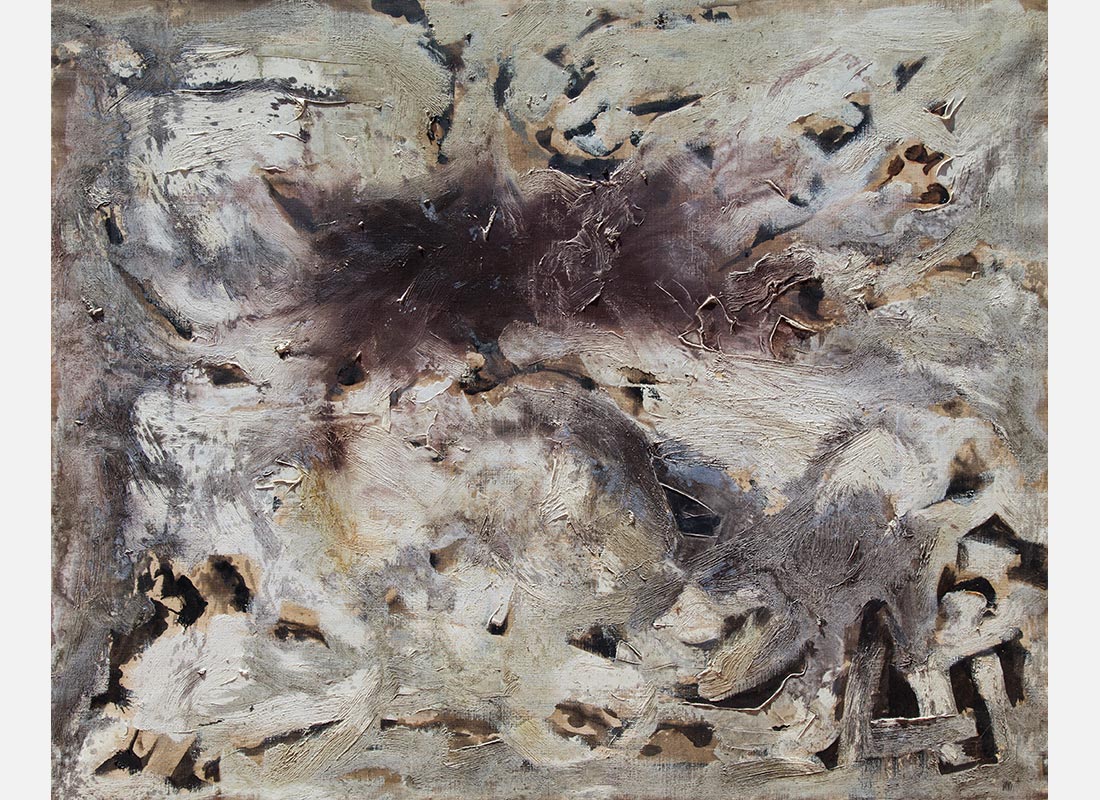 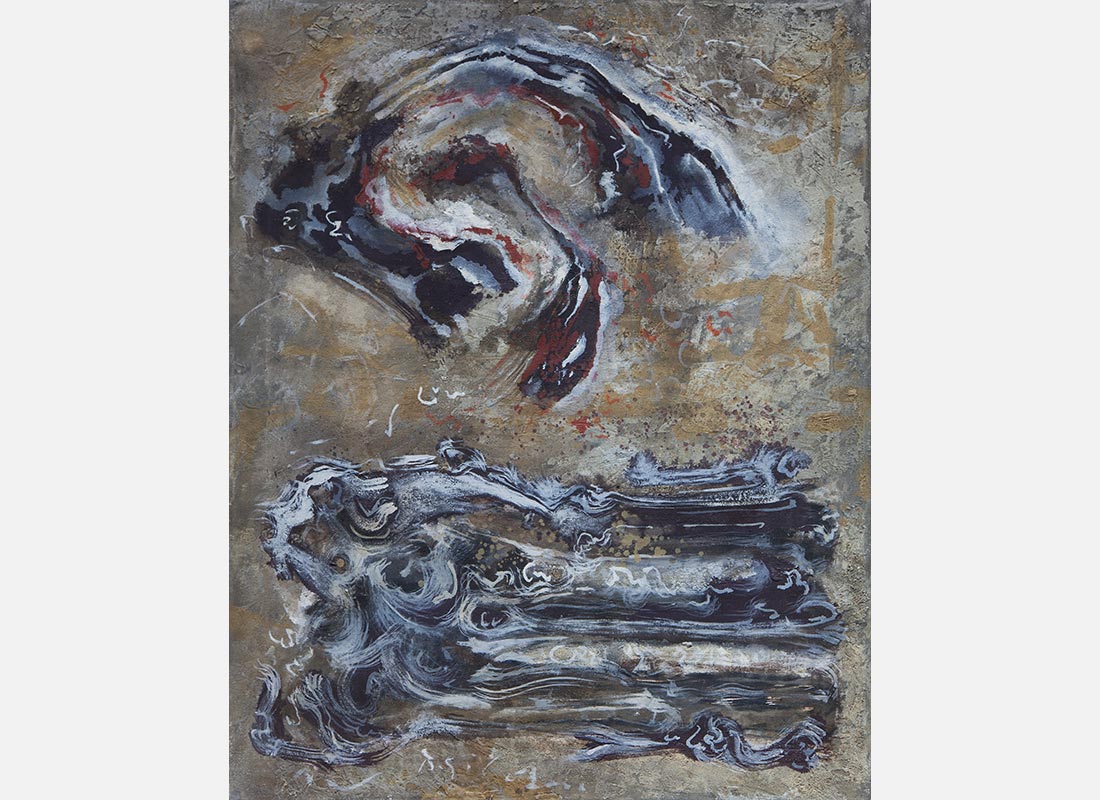 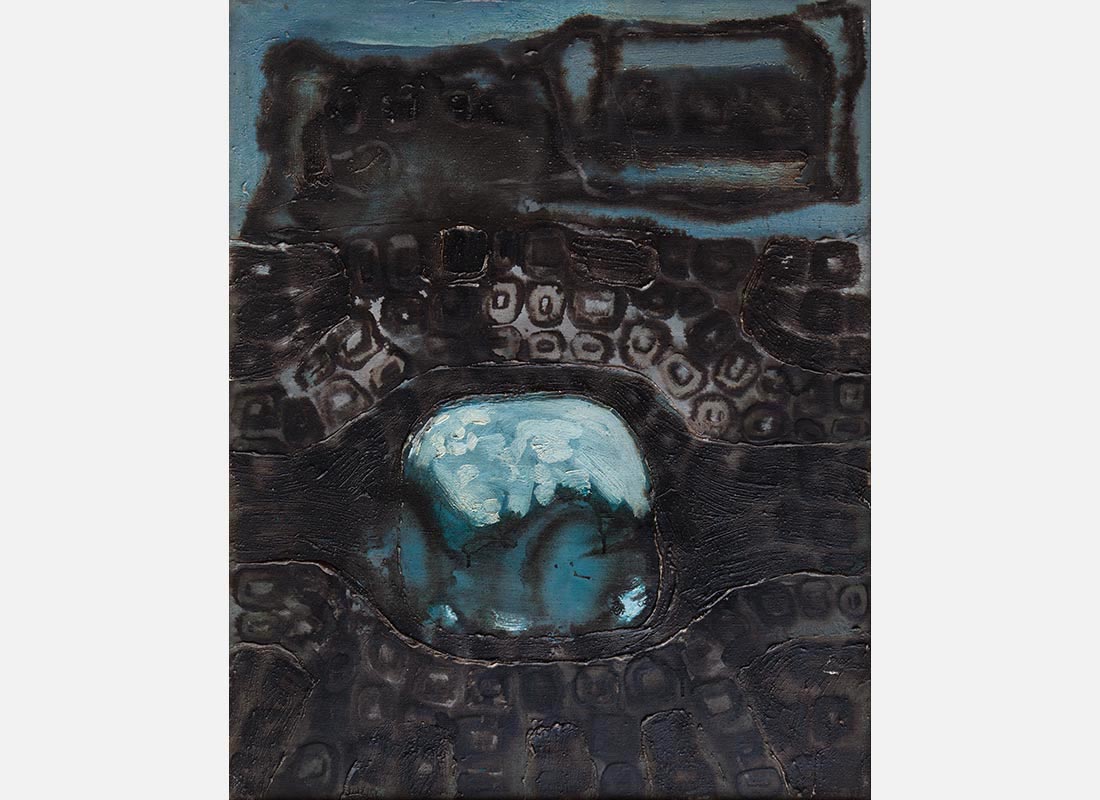 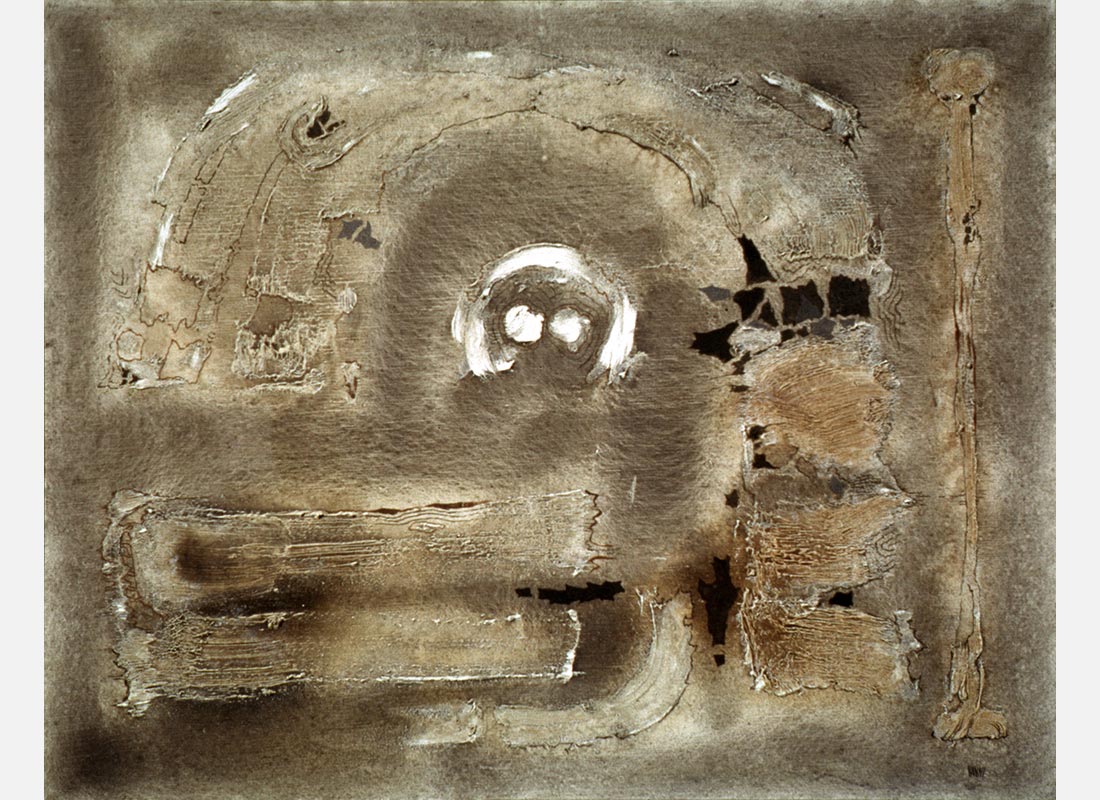 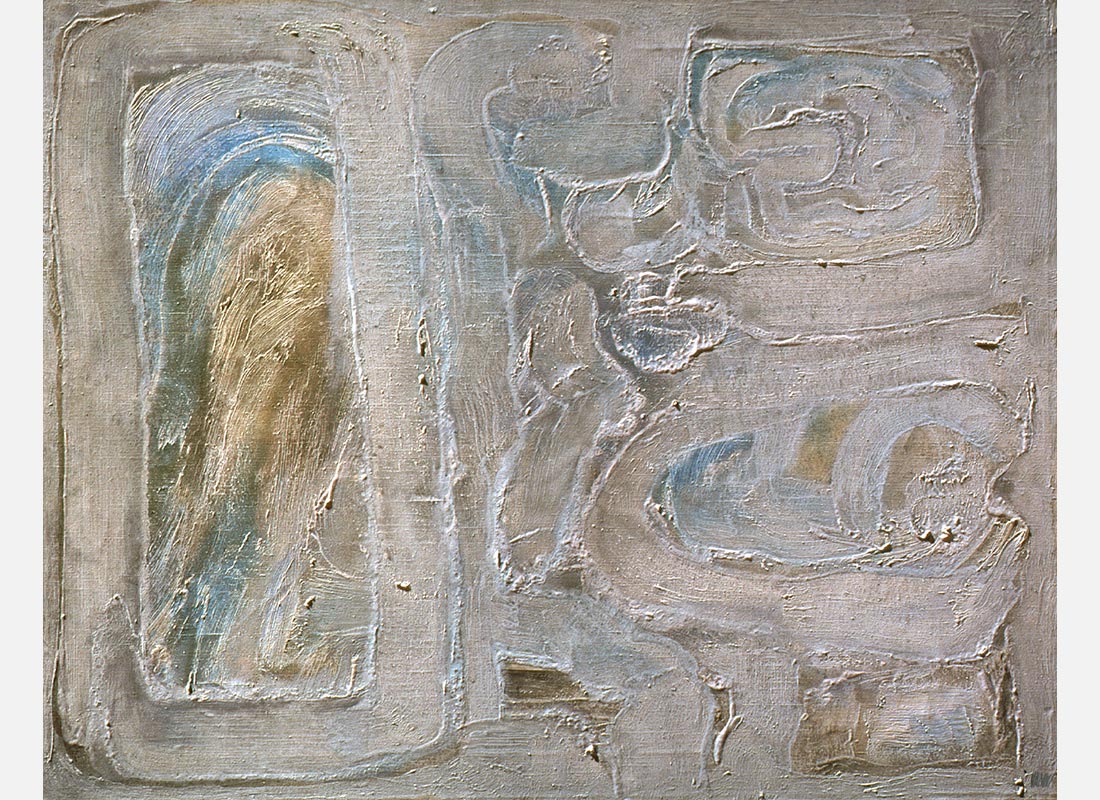 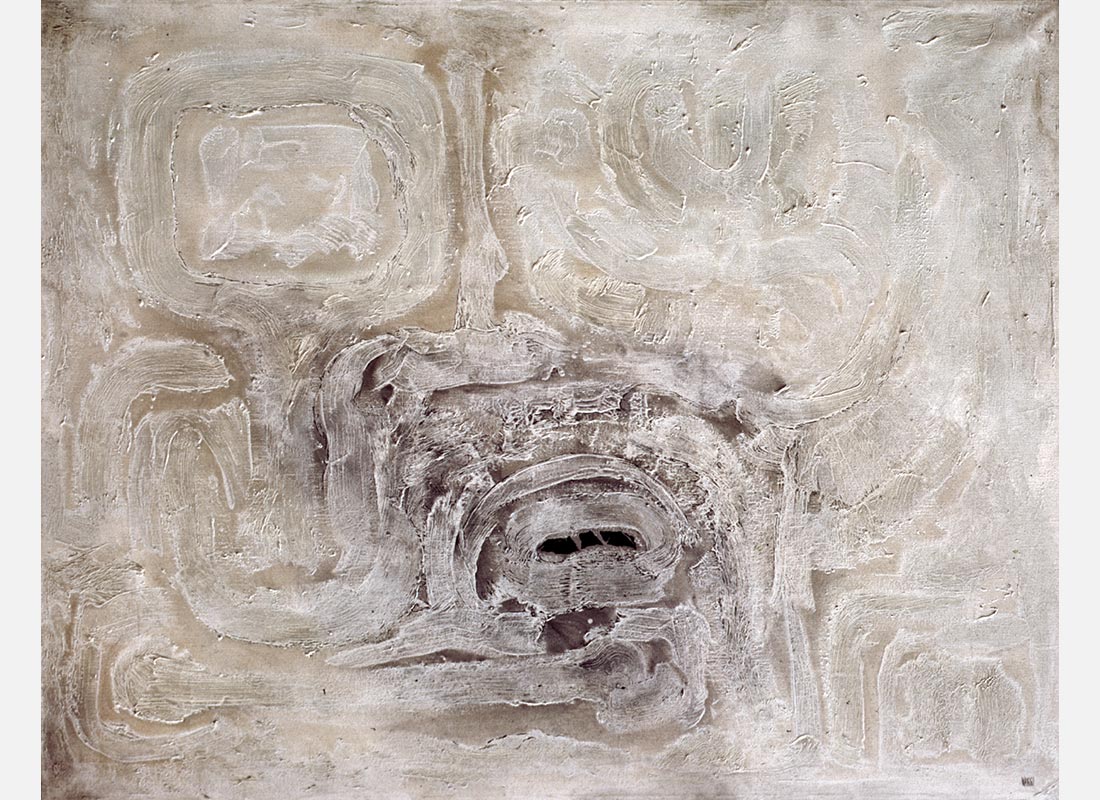 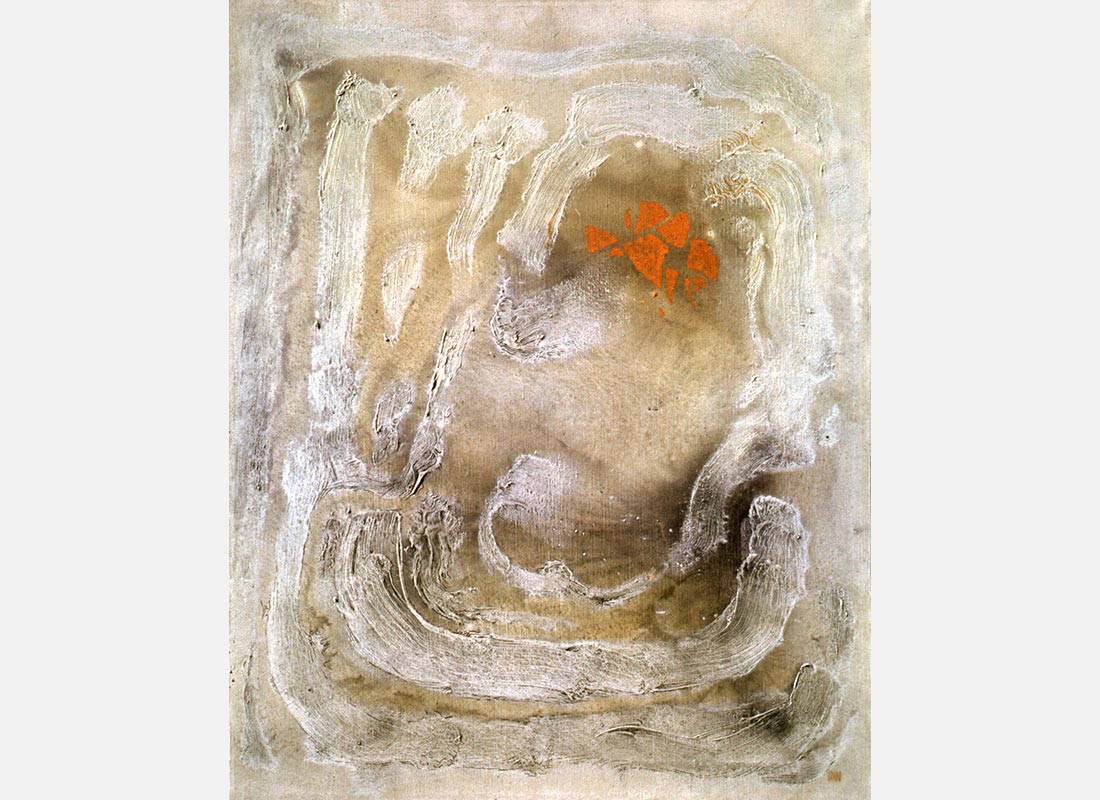 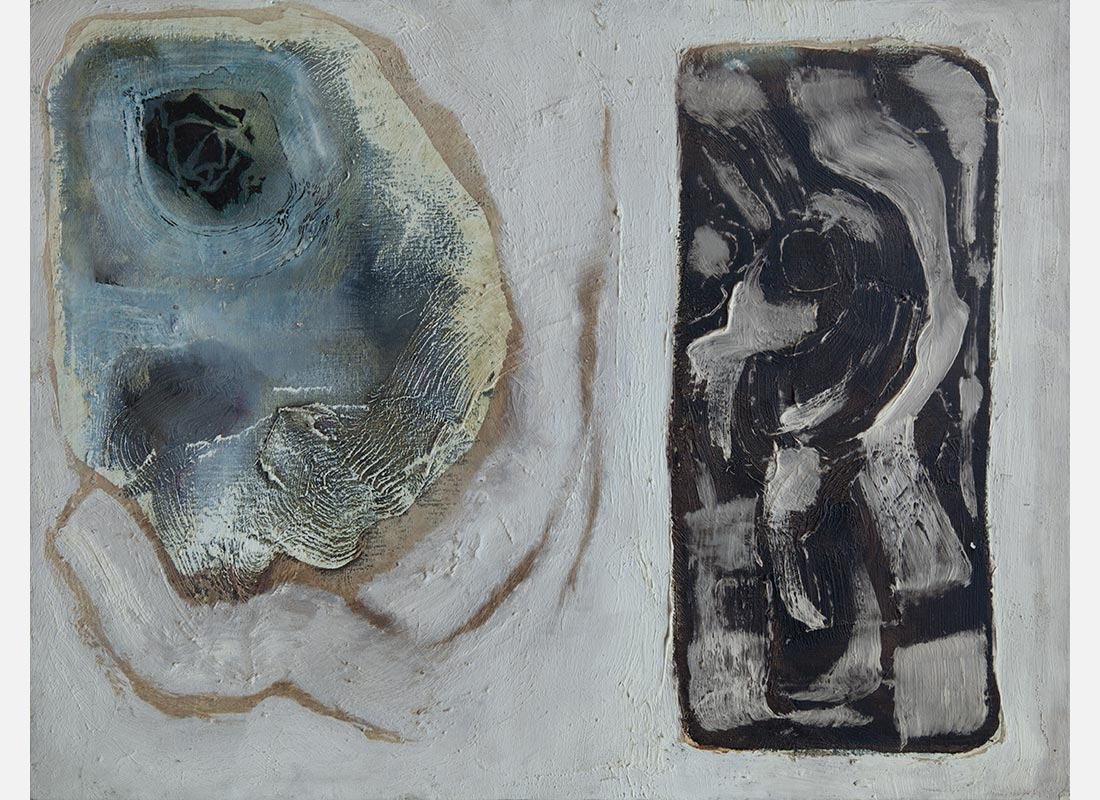 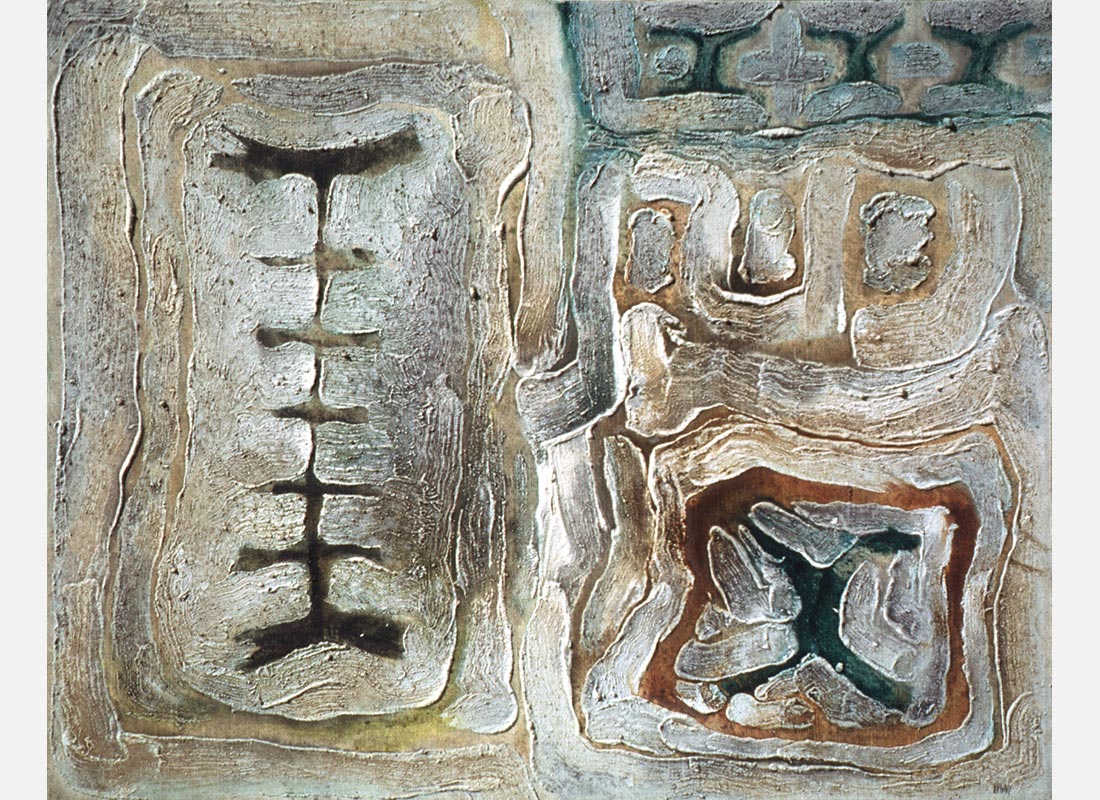 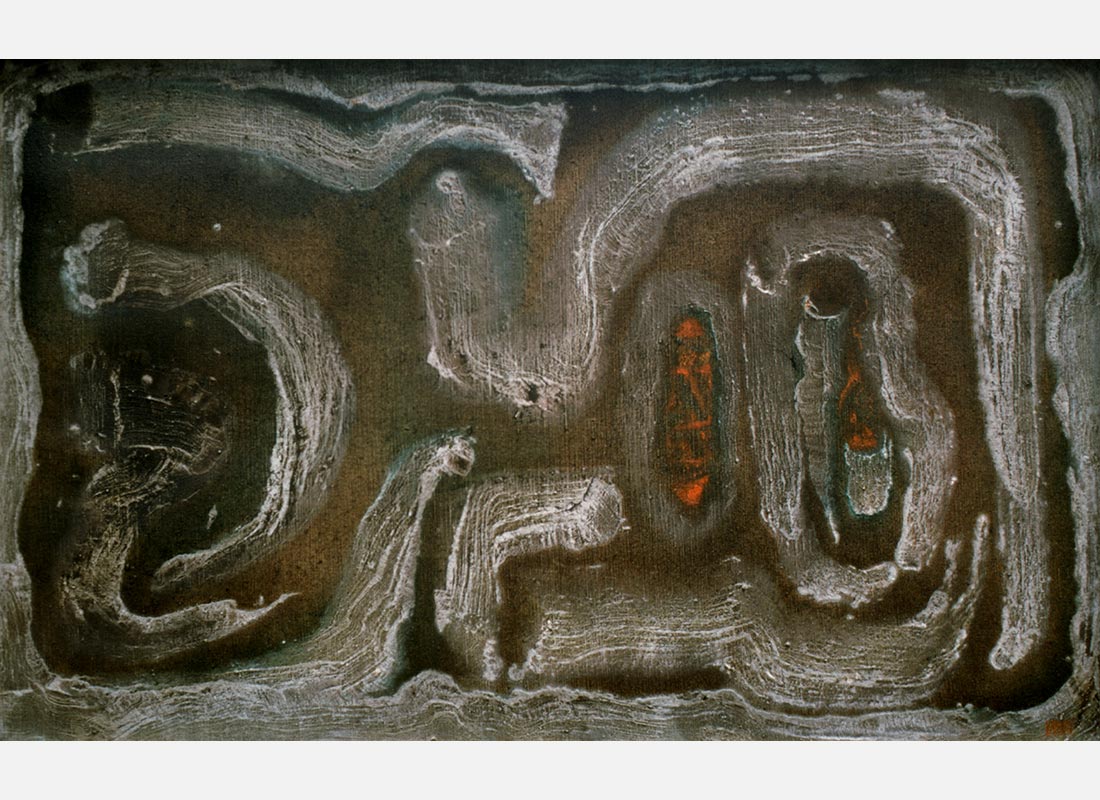 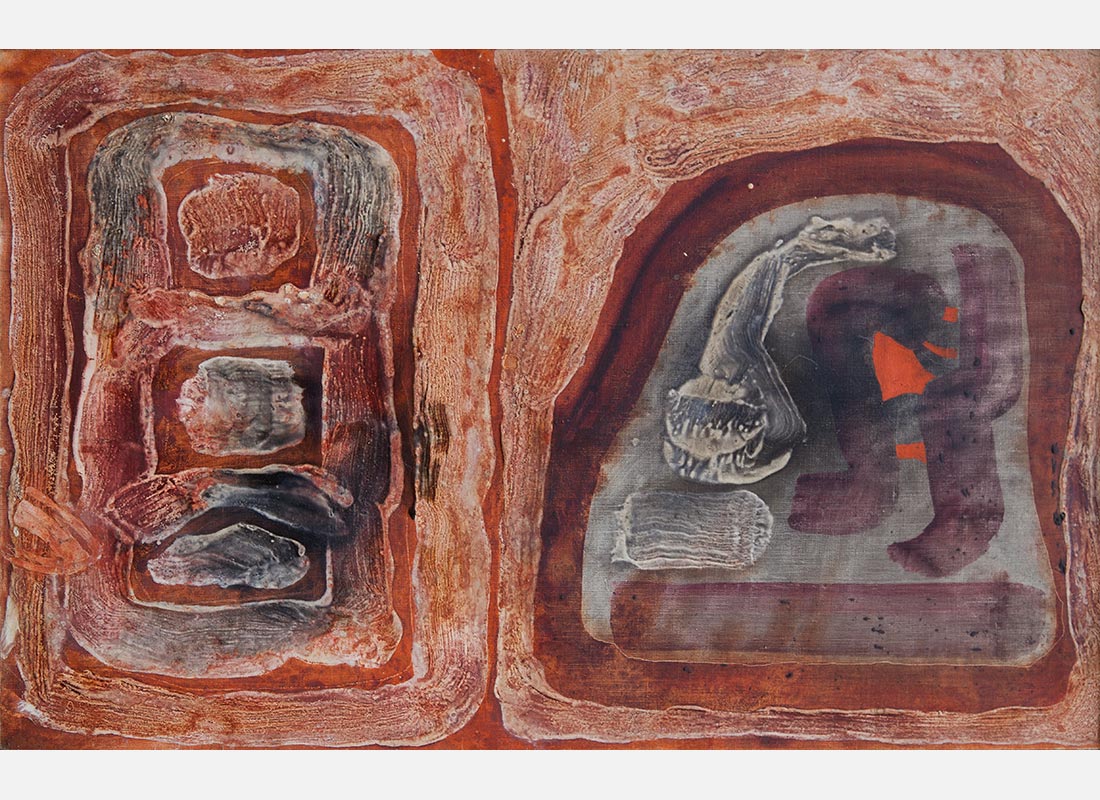 The early 60s mark the transition from the geometrically structured works of the 50s to works with a more organic structure. A definitive transformation of the work came about with the visual experiences accumulated during Vanni’s first visits to the Greek islands. He began to focus his attention on the dazzling whitewashed Cycladic houses, their surfaces punctuated by trowel marks. “The immaculate walls of the Cyclades, “Vanni states, “absorb and reflect a blinding luminosity stronger than the sky, they dematerialize into infinite space – and at the same time they hold the light, the surface asserts its own luminous materiality, they are there, plastic, tangible in all their harshness. And the dark crevices, where a caper seed brings forth an effusion of leaves, underlines the presence of the surface, halfway between abstraction and reality.”

Thus the material surface makes its first appearance in Vanni’s painting. A long series of canvases, with mythological titles to stress the source of inspiration, are characterized by a white material space, now and then interrupted by fissures where organic forms of natural earth colors with black accents appear out of the darkness. The material component is strongly enriched by pumice or marble dust, giving the surface an even more parched appearance. The application of paint is rhythmic, but not mechanical. In the earlier works, the paint is applied with a brush, but in the later pieces Vanni uses a spatula, similar to those used for applying the whitewash to which the painting surface refers, creating depths that emulate a wall.

But the white field, which emerges from an almost literal transposition of those walls, soon also takes on the qualities of a liquid element. This leads to the other important innovation of these canvases, namely the passage from an aerial to a liquid world. Vanni himself has noted that “at the same time this pulsation of dark signs reminded me of the reflections on the surface of the sea when it is calm, where the original forms appear and disappear like infinite variations of Proteus.”

All this helped to created evocative images that have multiple associations. The internal forms of the paintings can likewise be interpreted in numerous ways: fractures-wounds opened up in the white fields, reflections on the water, elements that emerge from the water itself. Pushing his investigations further, Vanni began to move away from contradictory dualities, veiling his whites leaving the surfaces less distinct from the darker forms. He then began using glazes and investigating the differences between transparent and opaque color, a procedure that has continued to the present.

The abandonment of dualism in favor of a pulsating material led Vanni to begin pictorial experiments inspired by the Informel poetics. It might seem paradoxical that Vanni was not drawn to this approach in France or America, but only later, in Italy. An explanation lies in the fundamentally classical underpinnings of his work, where his vision of painting is rooted in equilibrium and measure. Thus it is natural that Vanni’s attraction to Informel poetics begins with his return to Italy, where this influence can be mediated by a “…frequent stance in Italian art, profoundly tied to its past, to certain inalienable formal values, and therefore little inclined to operations of rupture or the avant-garde coup de main.”

Vanni thus acquired certain methodologies and esthetic constants, such as a predilection for the sign, morphological ambiguity and the importance of pictorial material.

But even in the canvases where the explosion of the form is most accentuated and the identity between image and material most obvious, the sign is not triggered by a gestural immediacy. For Vanni it will never be material that dictates form, but rather material that suggests a form that he seeks to understand, intellectualize and ultimately differentiate. Vanni’s notes from this period are very clear in this regard: “The beginning of the painting consists of an action of aggression; the canvas is positioned, the instinct is set free, a vague, tumultuous idea follows, and one acts instinctively. Later one tries to understand this fact, and in understanding, one develops that which instinct and emotion have dictated. To understand it, extract it, the canvas first is assaulted, then caressed, helped, drawing out all those ideas by which it was inseminated at the beginning.”

After this brief experimental excursion into the lyricism of pure material, where there are continuous fields where spatial limits do not necessarily coincide with those of the painting’s frame, Vanni readjusted the direction of his research. Once again he began to question his figurative repertoire, to identify the components that would be essential for interpreting all subsequent developments in his work.

Between late ’62 and early ‘63 two lines of research became interwoven. In the first case, the material underwent various evolutions, underscored by a rarefaction or thickening of the texture, revealed by the chromatic nature of the glazes. The structure becomes once again well defined, resulting in spatial compositions punctuated by a clear rhythm that divide up the canvas. In the second case there is an impelling re-emergence of a need for formal control over the material. The brush stroke as material sign is intellectualized with graphic marks that underscore its qualities. In this case too, the glazes act to give emotional emphasis to the material itself. In counterpoint to forms that increasingly develop their individual character, Vanni introduces stains of impasto color. There are impressions, chromatic fragments of color, that counterbalance the brushstrokes that surround them, emphasizing the currents of energy of the surface.

This is the first manifestation of an alien element within the painting, of something that belongs to another world, another reality, whose formal logic is contradictory in terms of the rest of the painting. With these canvases, Vanni introduces, at an embryonic level, a fundamental aspect of his figurative research, which will constitute an interpretive key for what follows: the coexistence, within the same pictorial space, of different worlds responding to opposing logic.