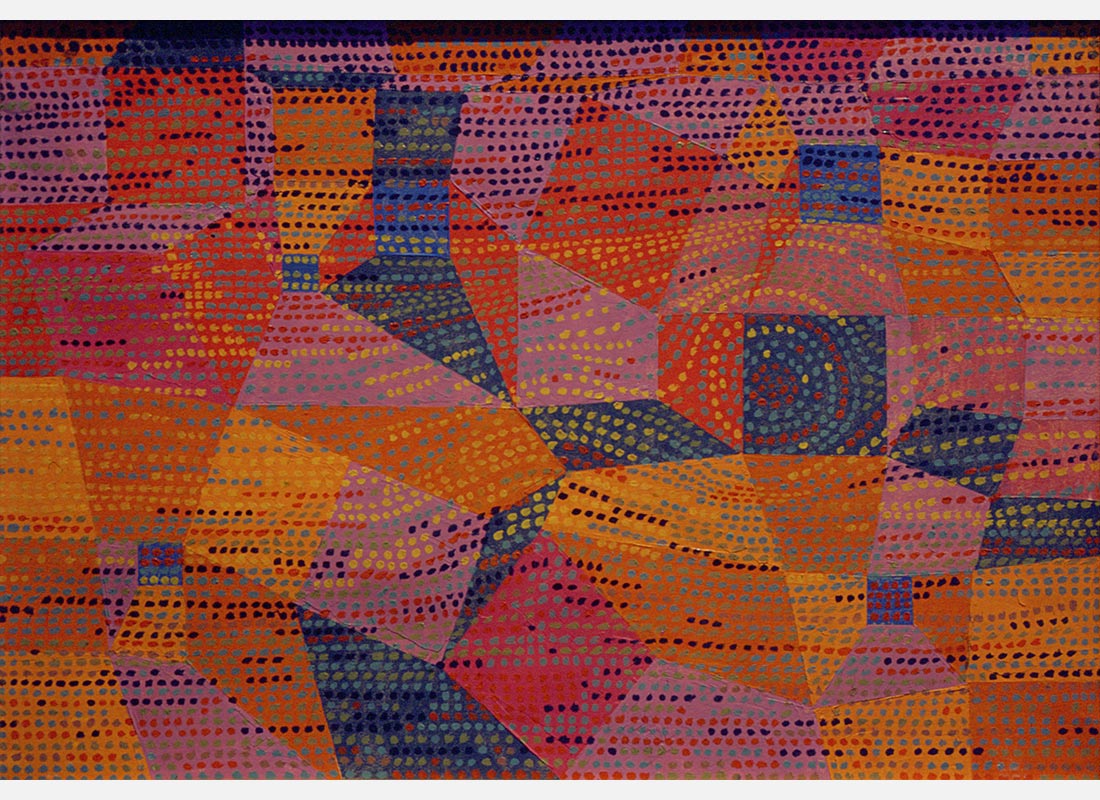 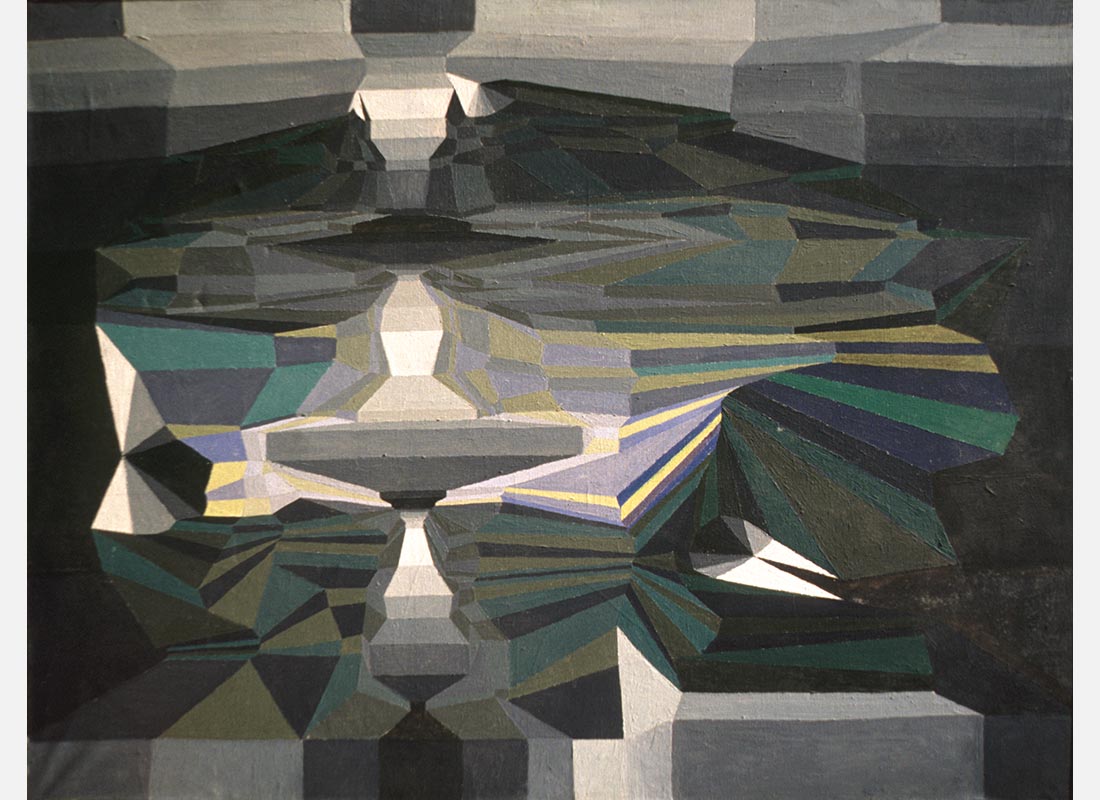 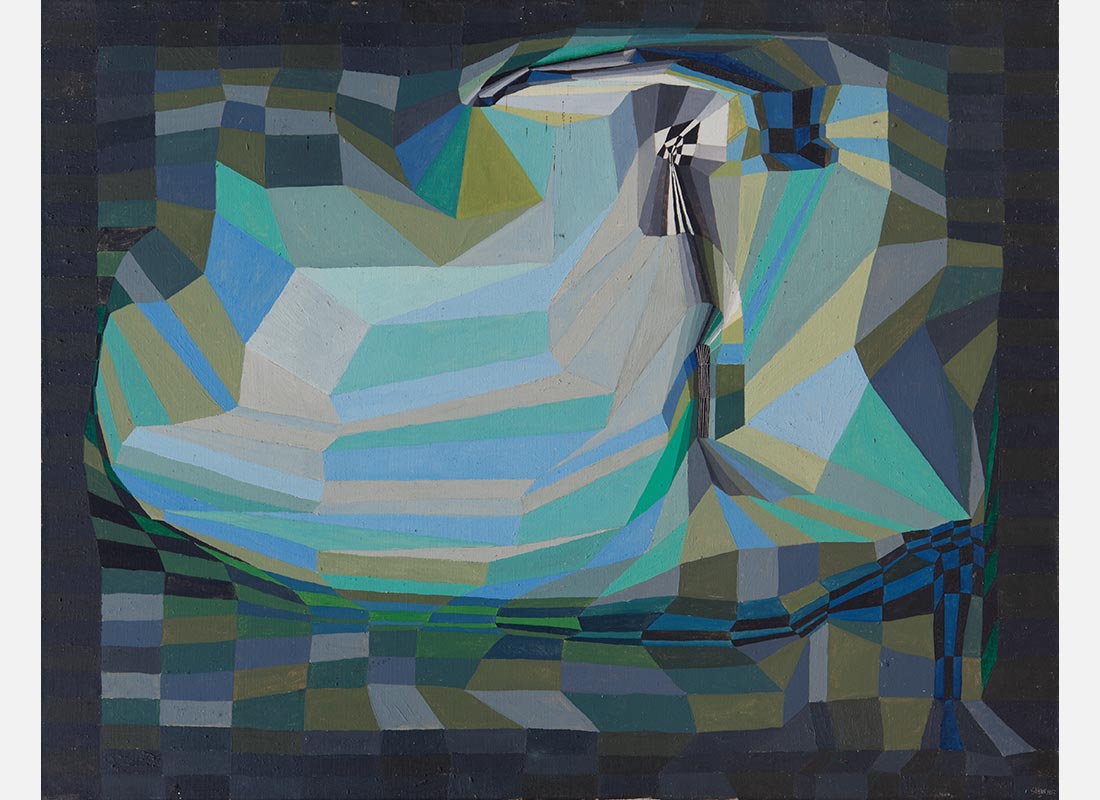 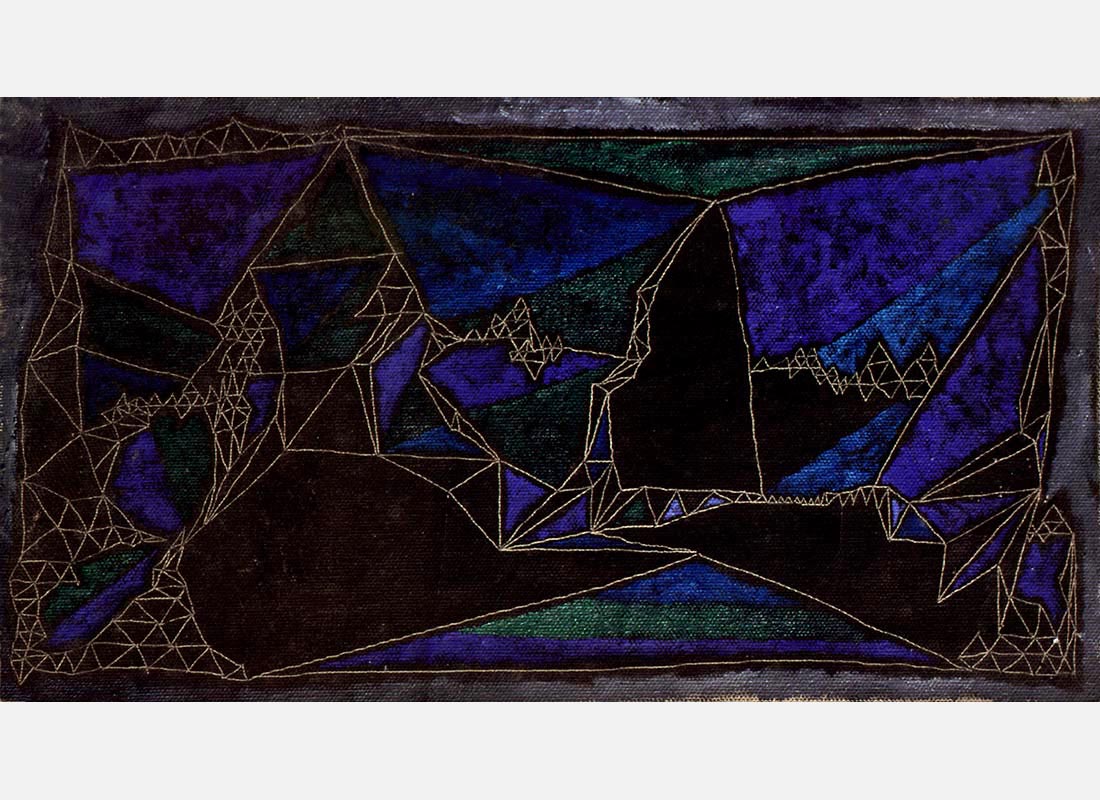 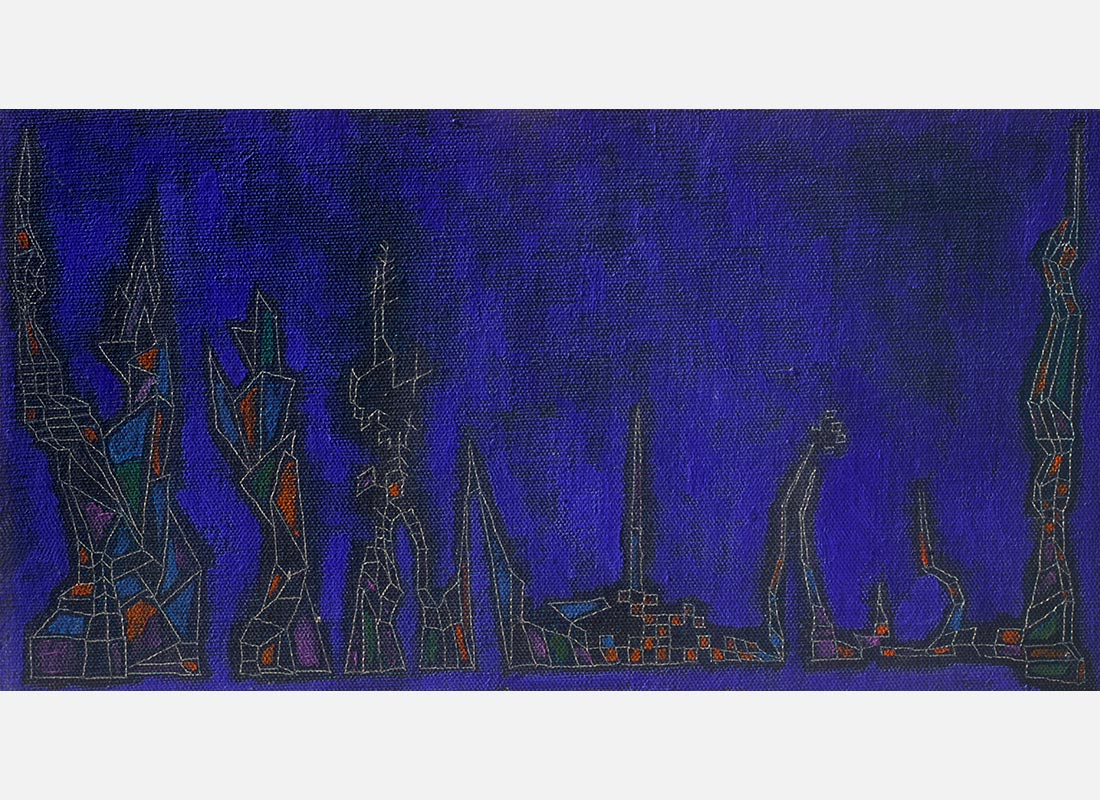 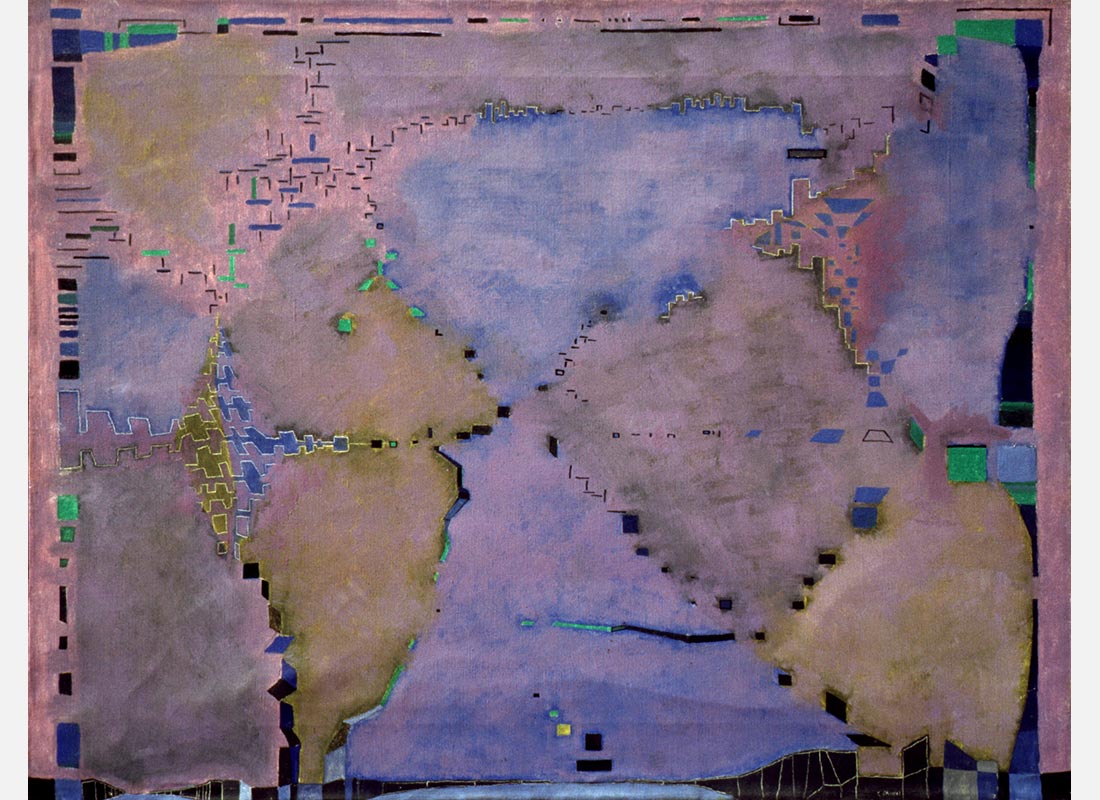 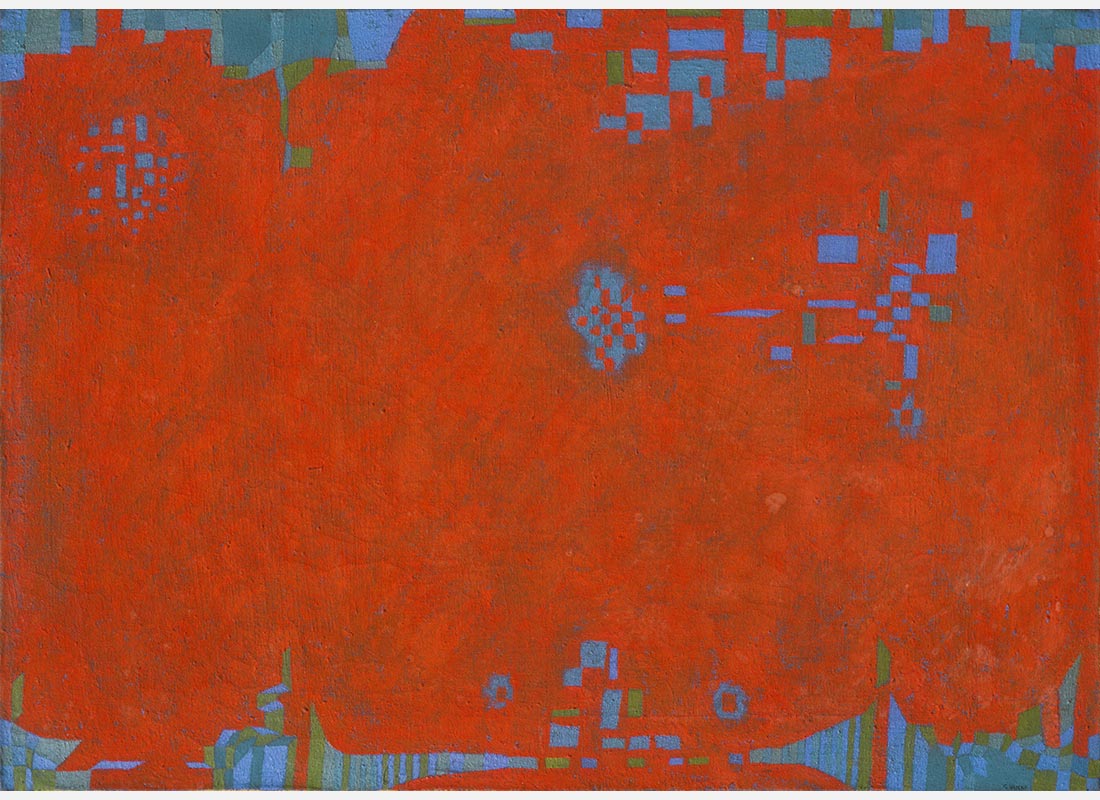 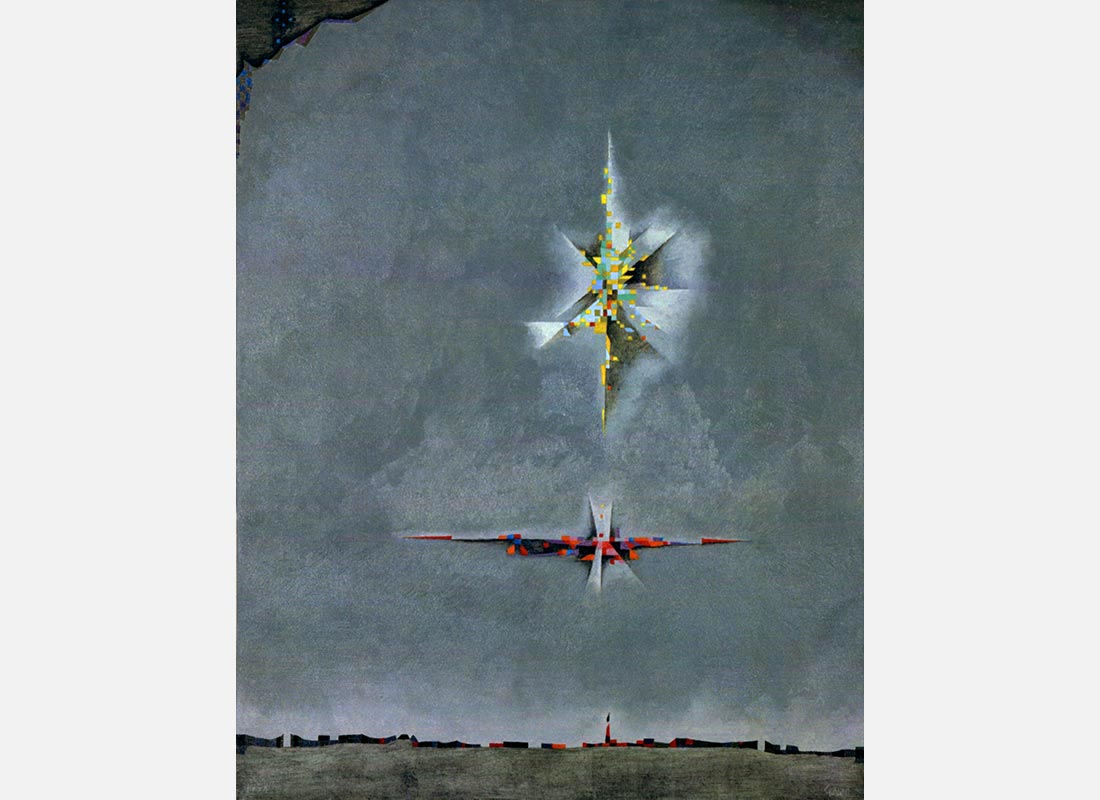 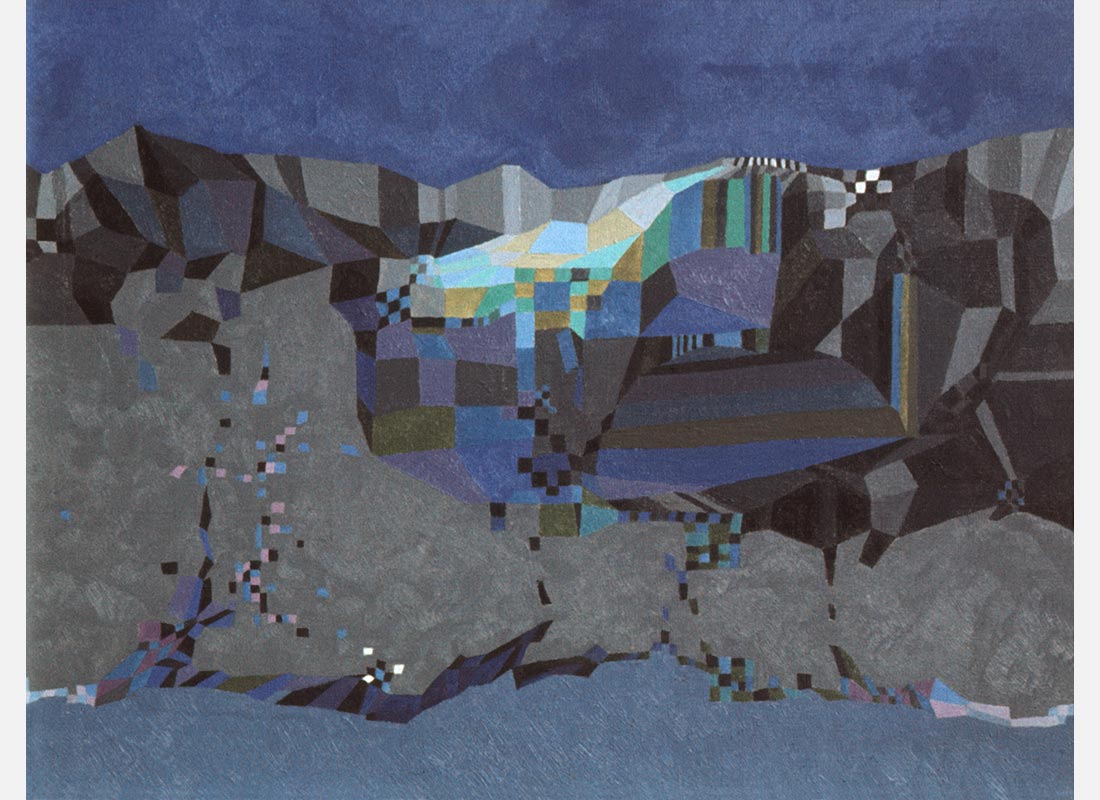 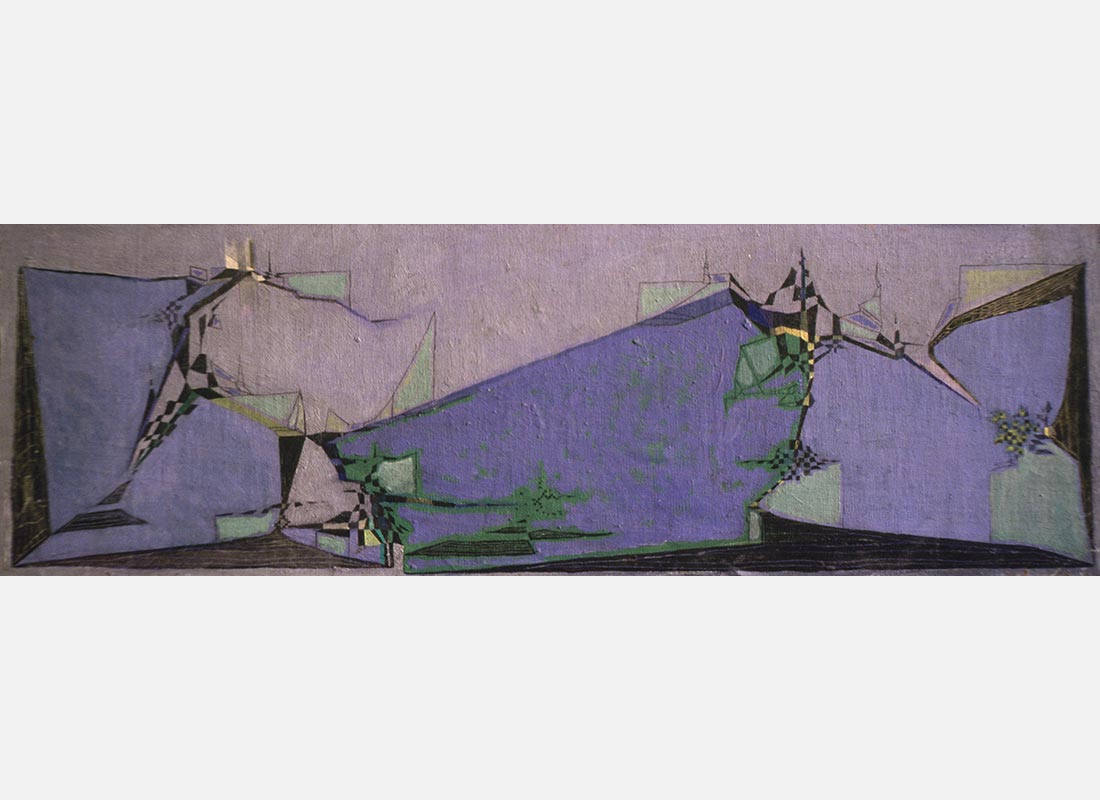 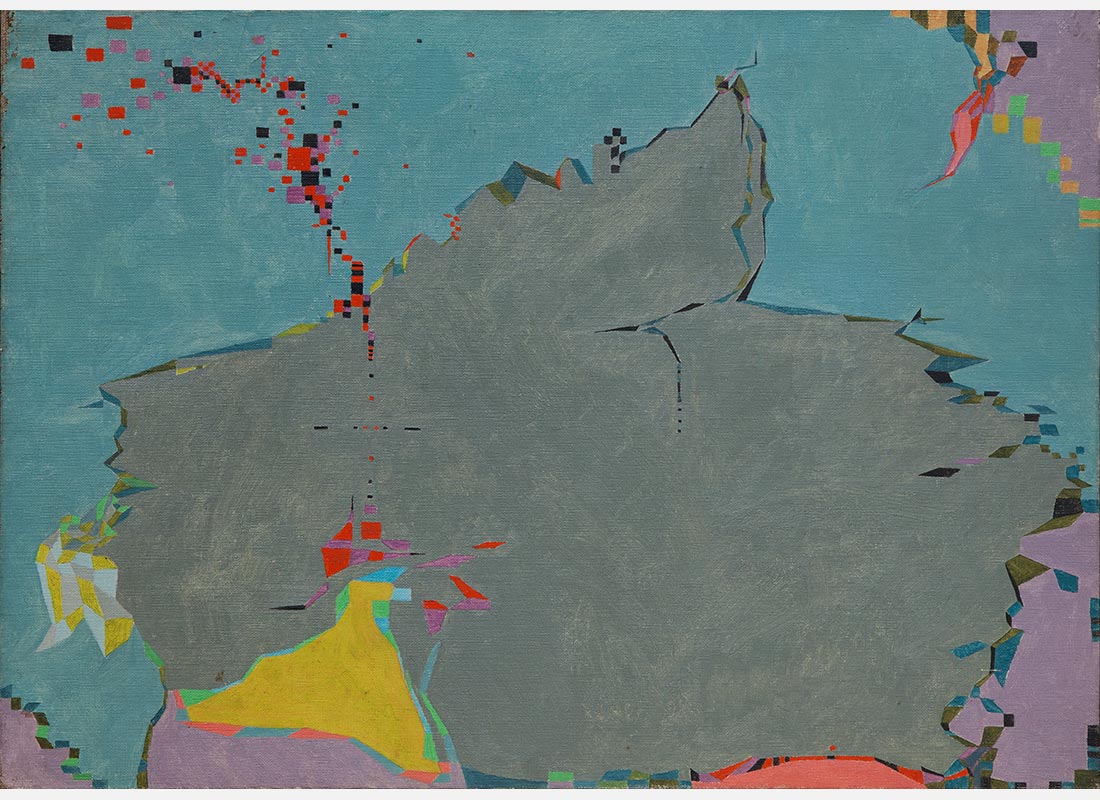 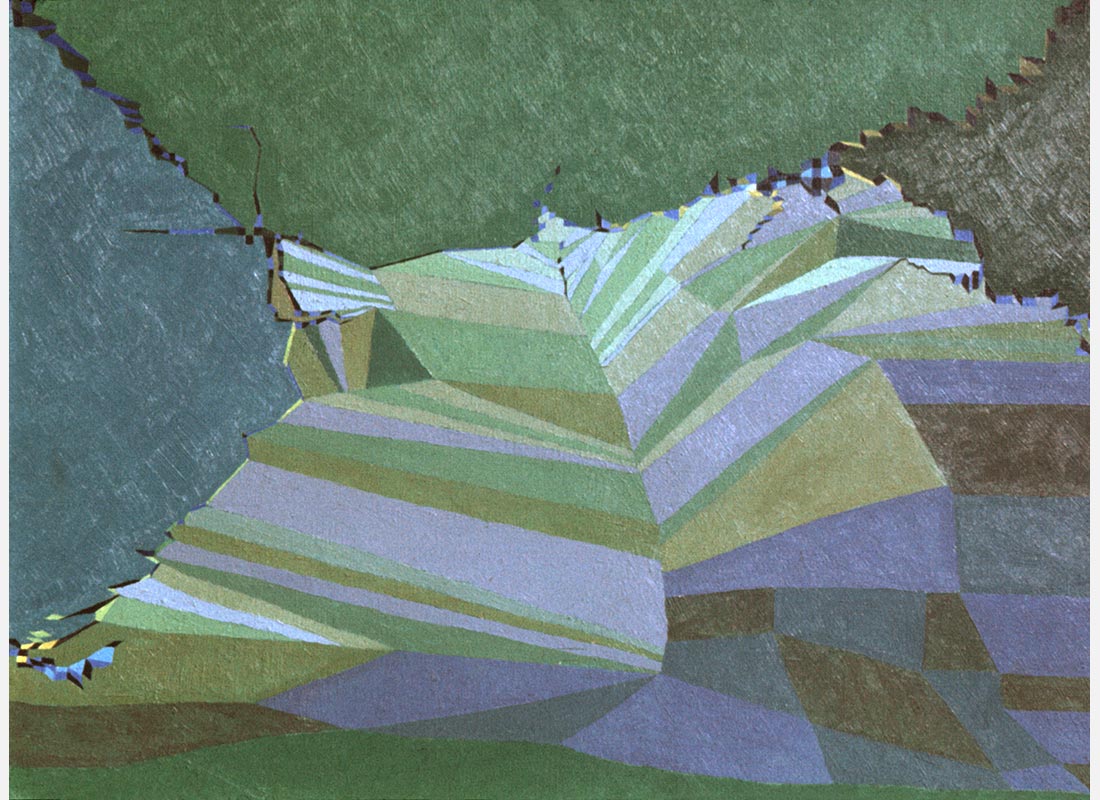 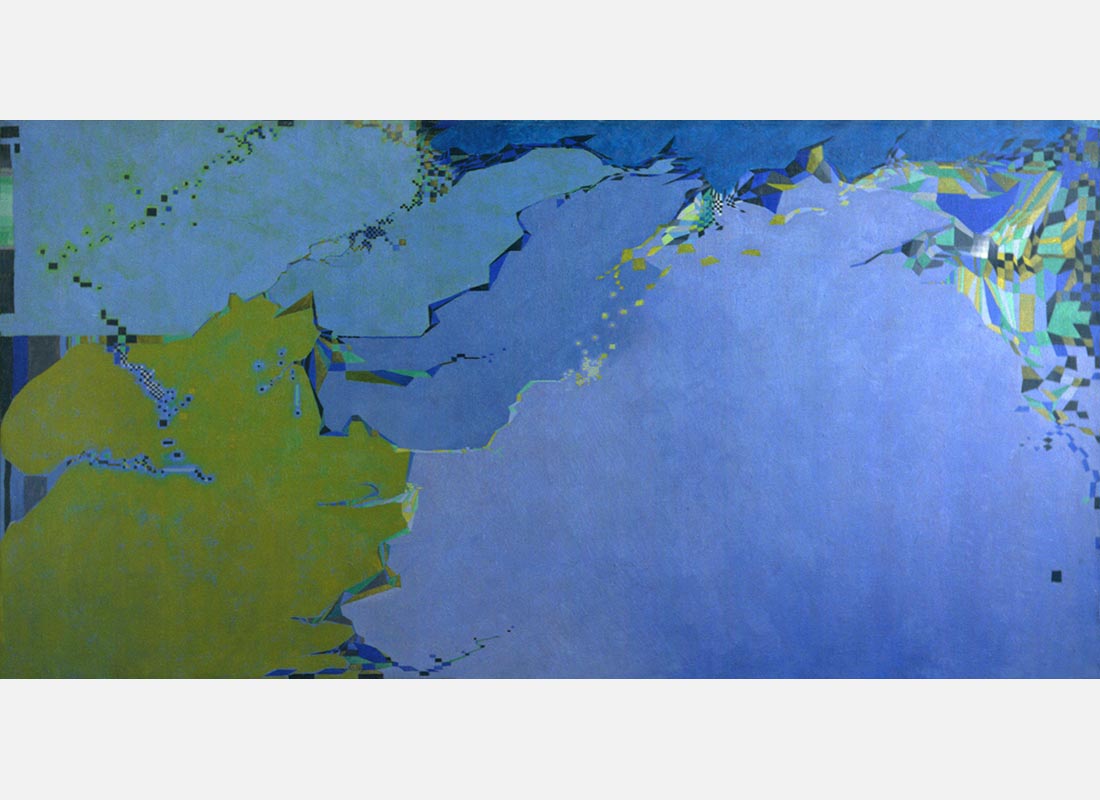 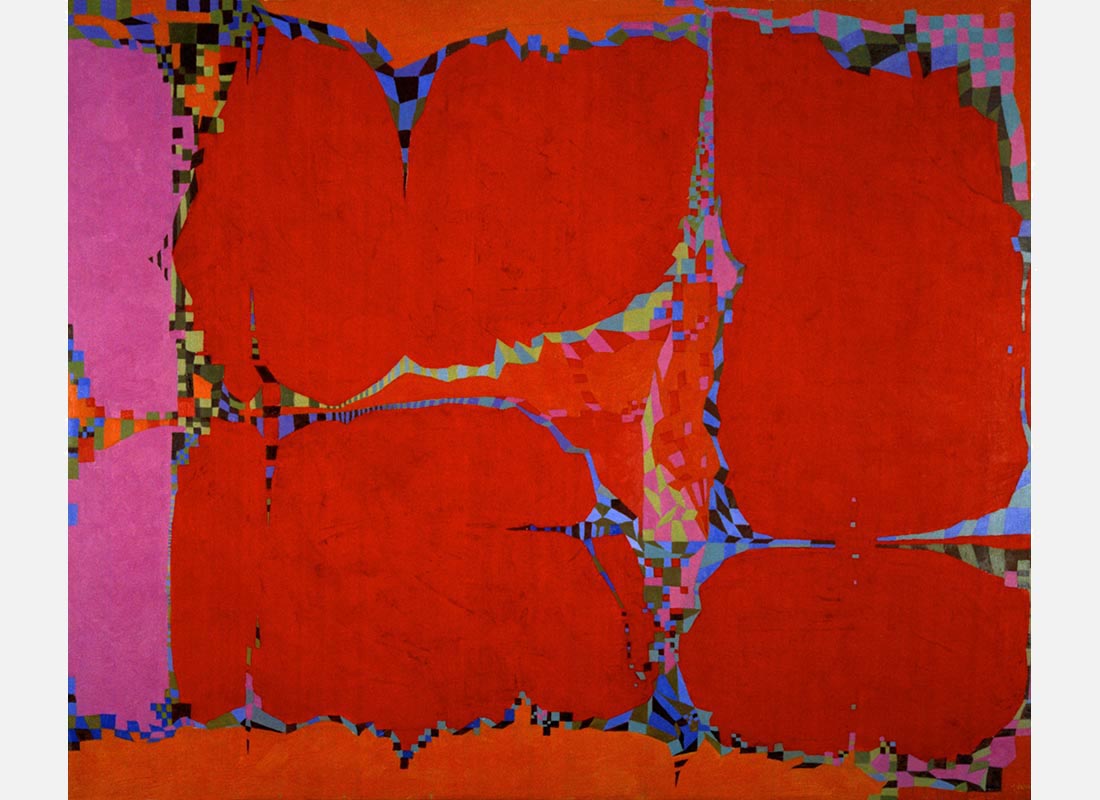 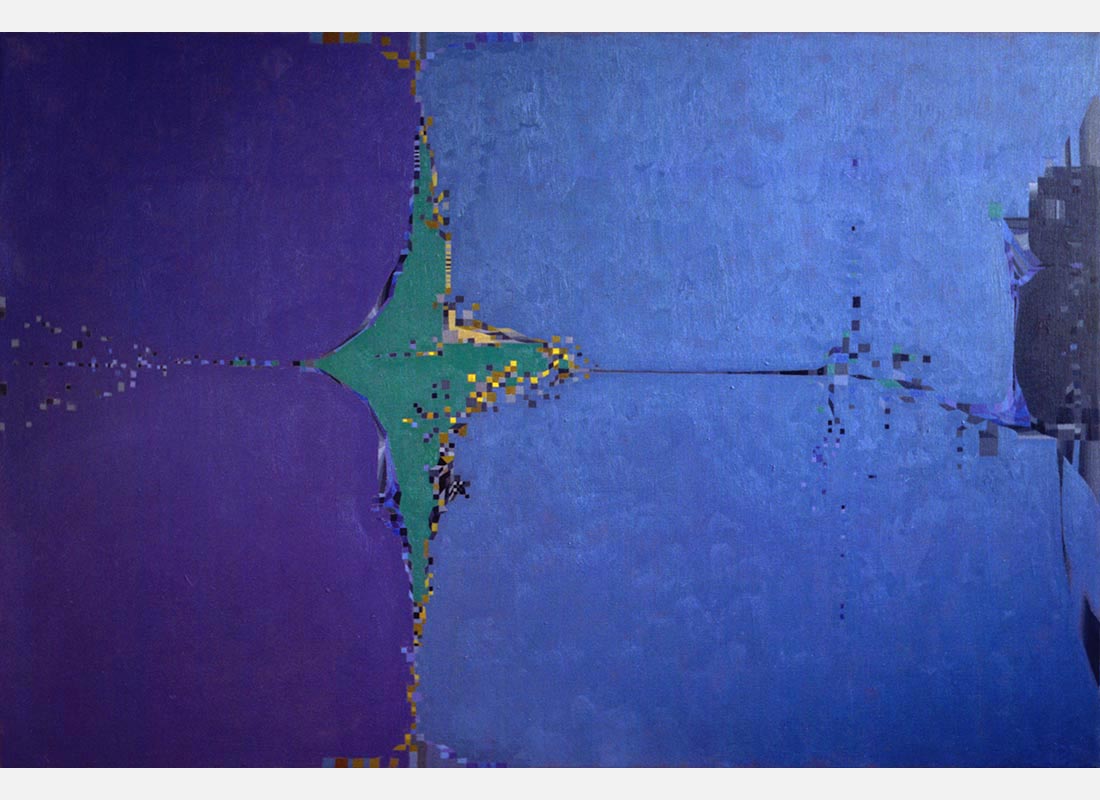 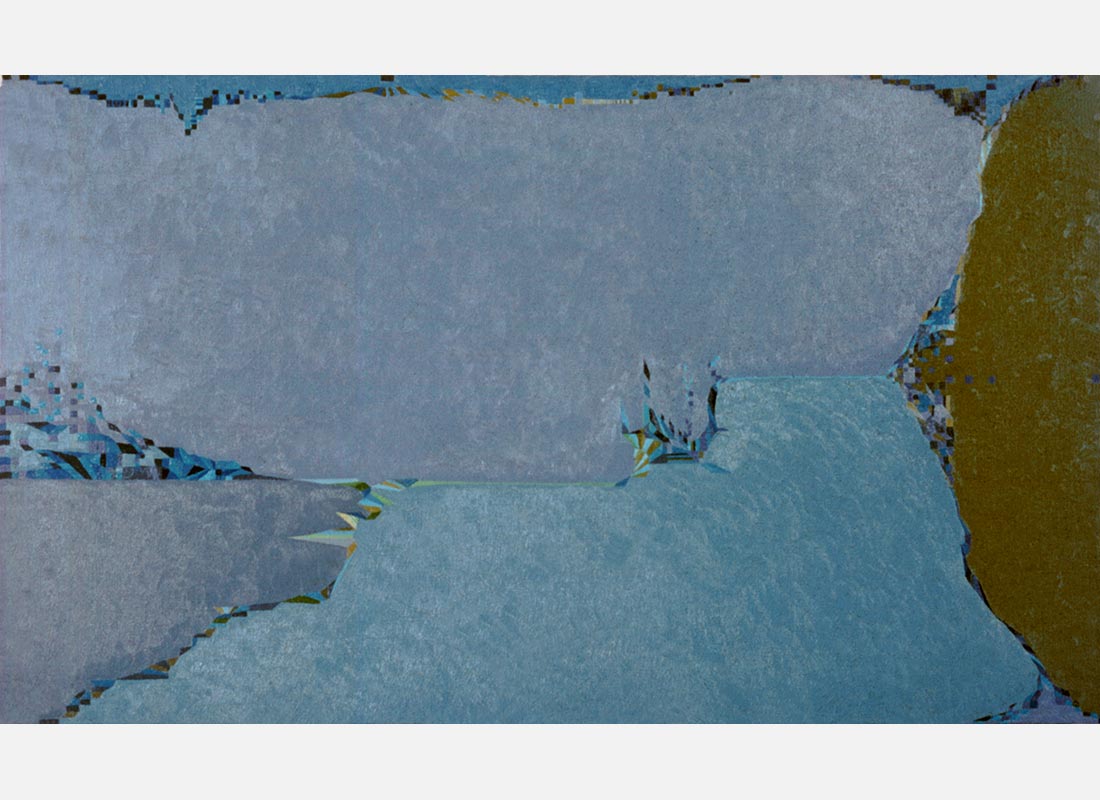 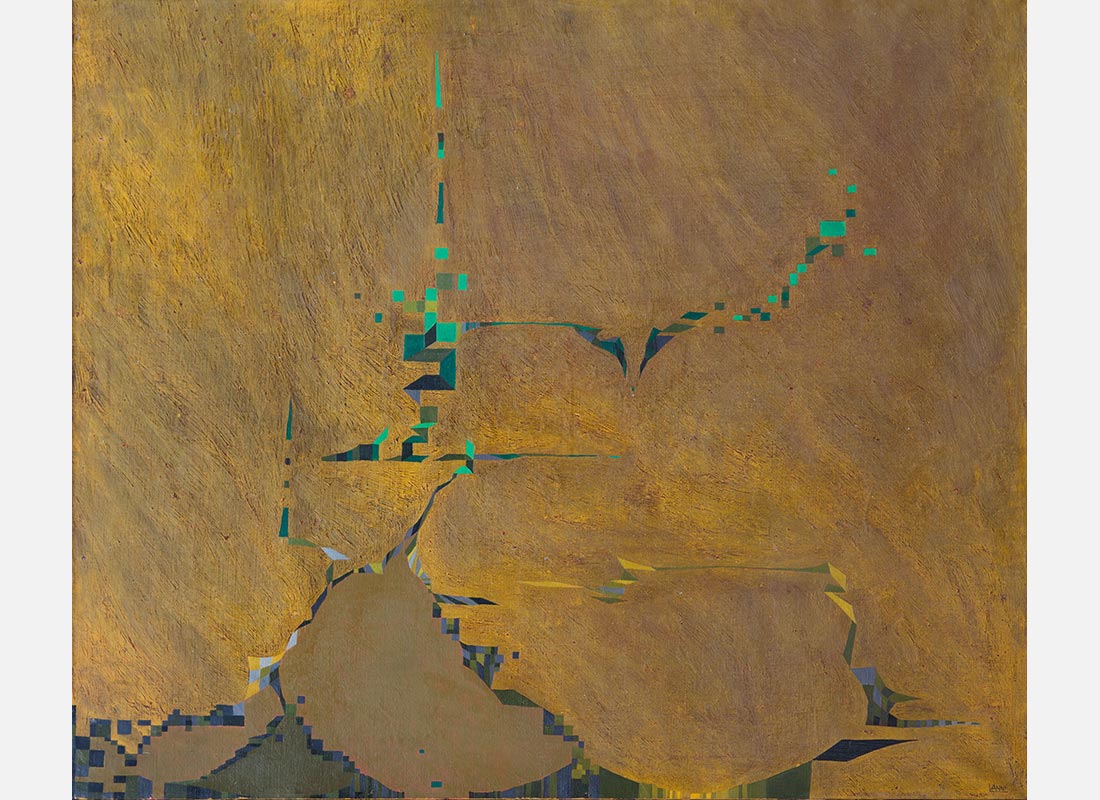 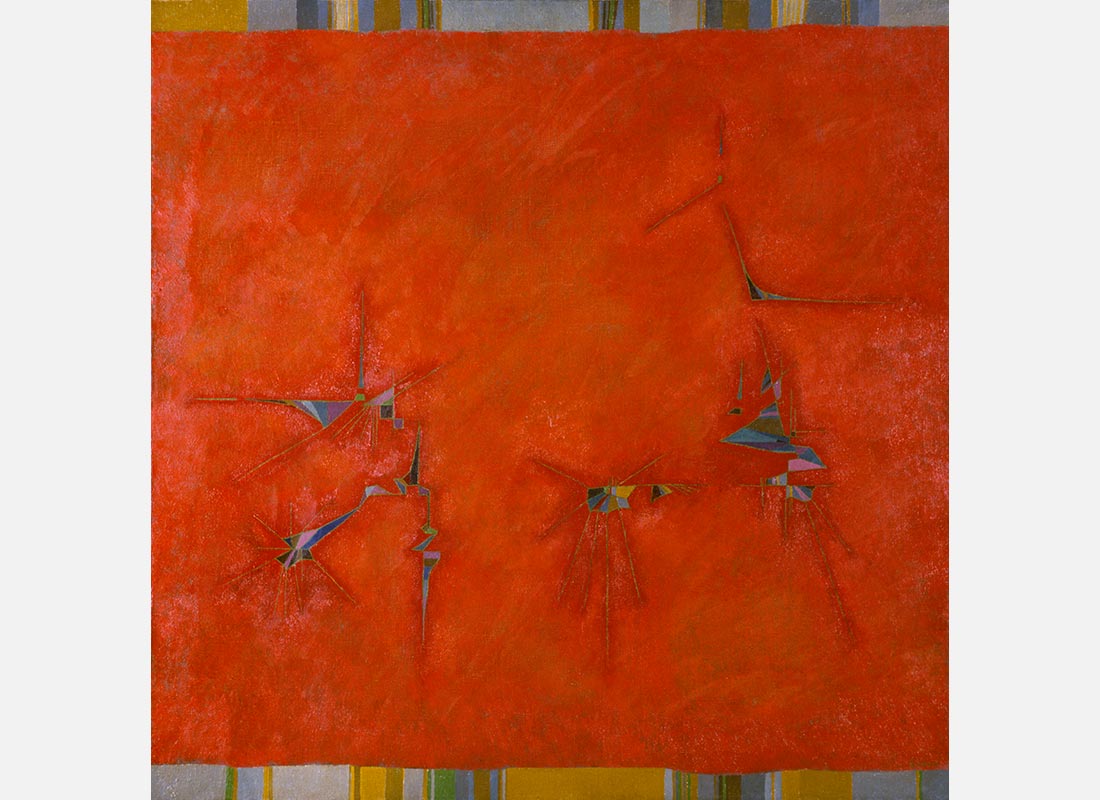 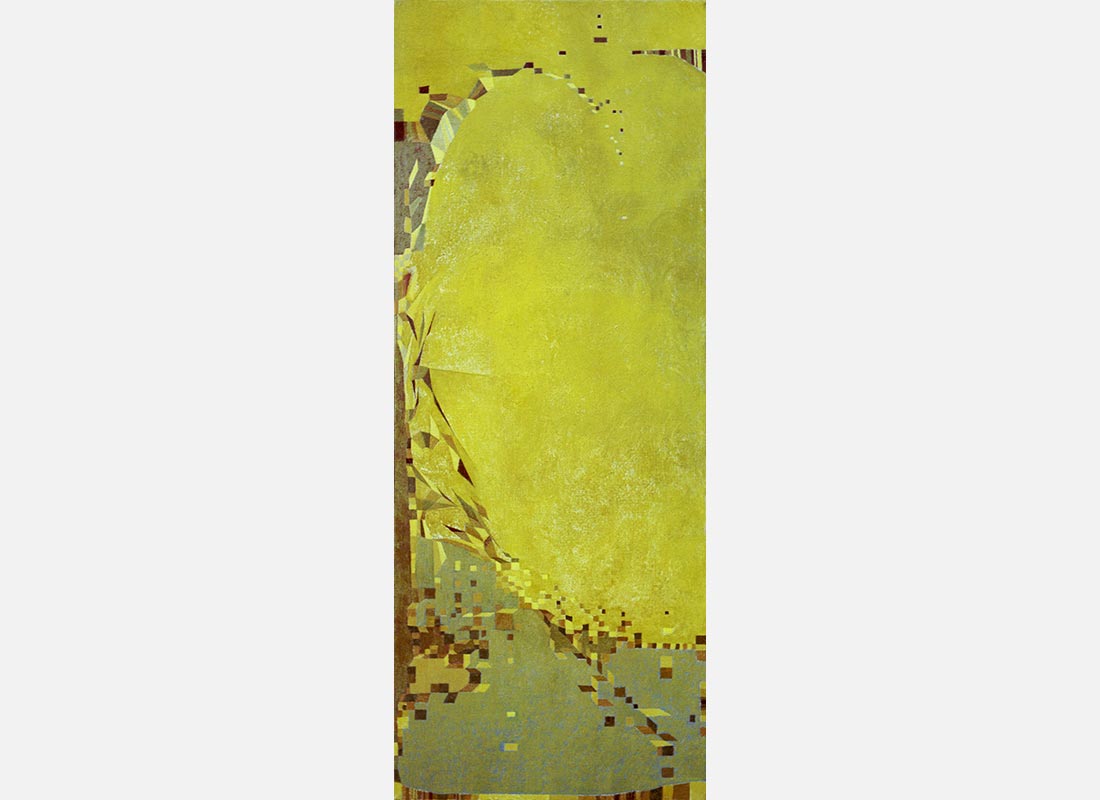 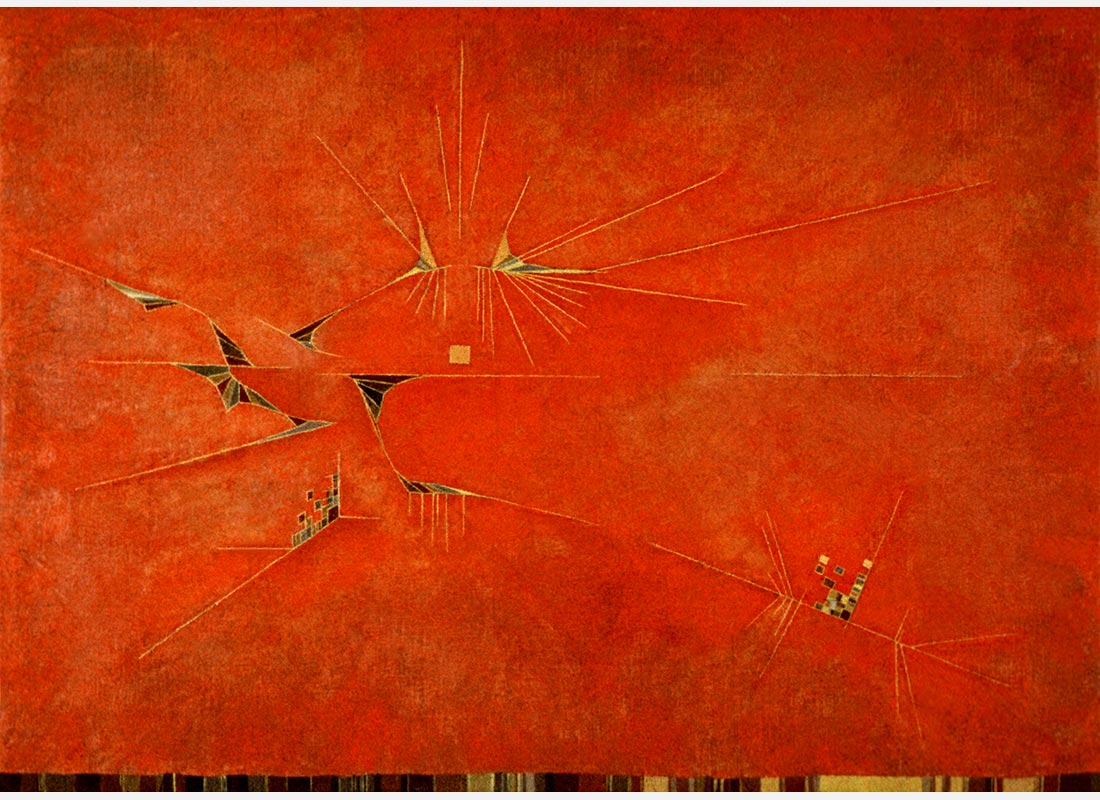 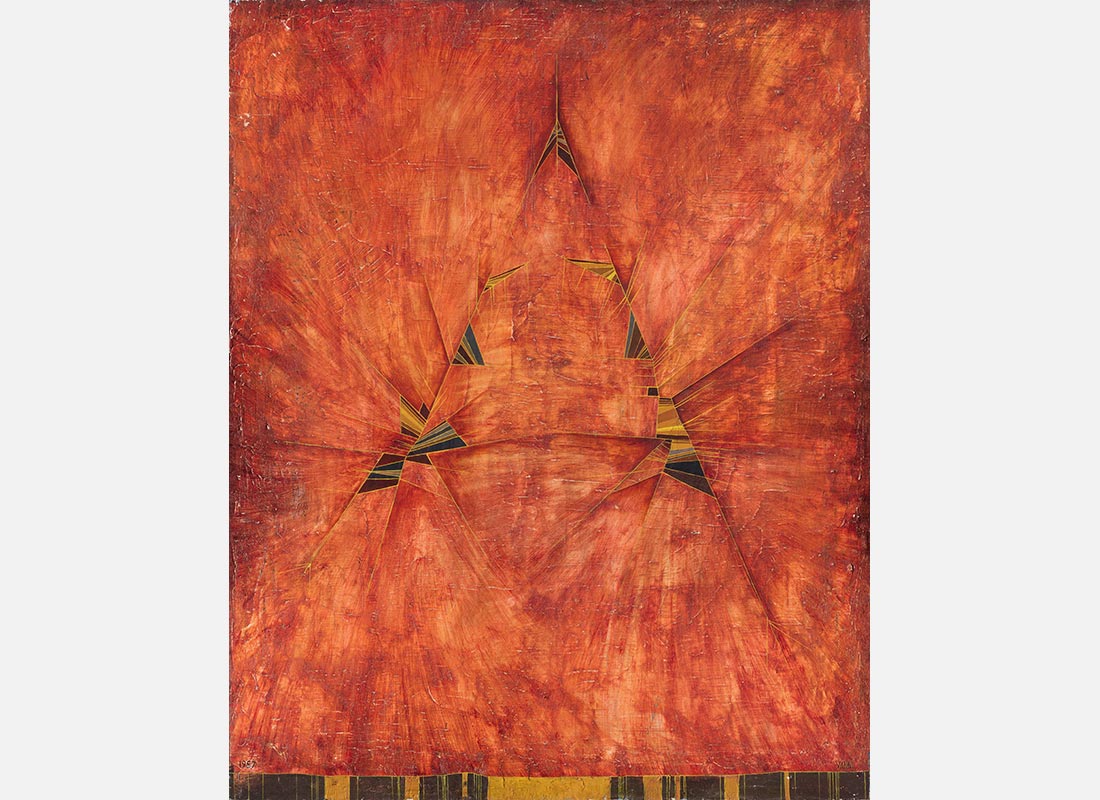 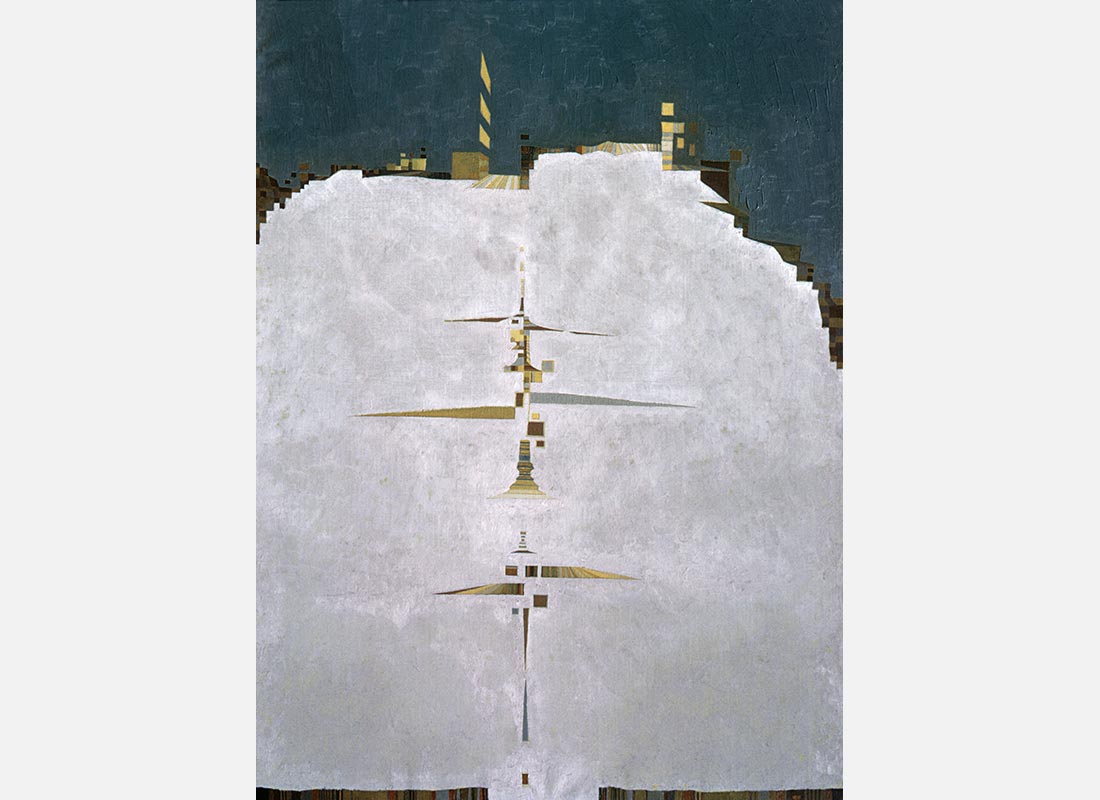 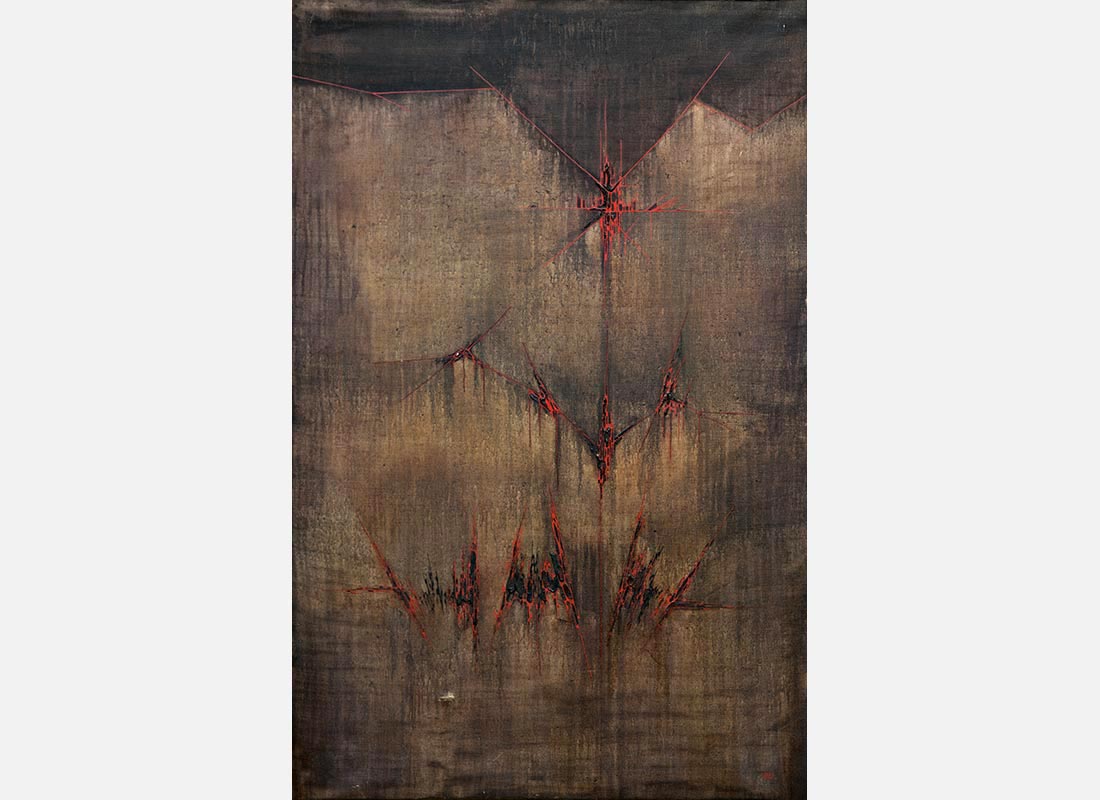 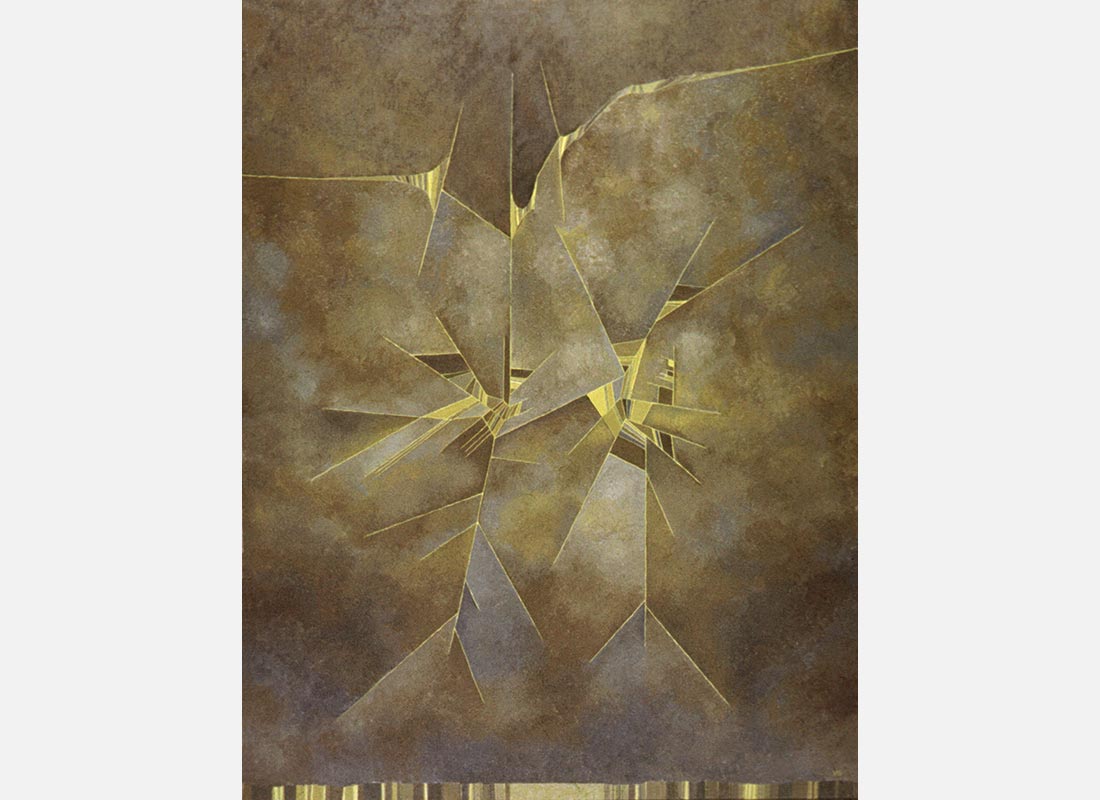 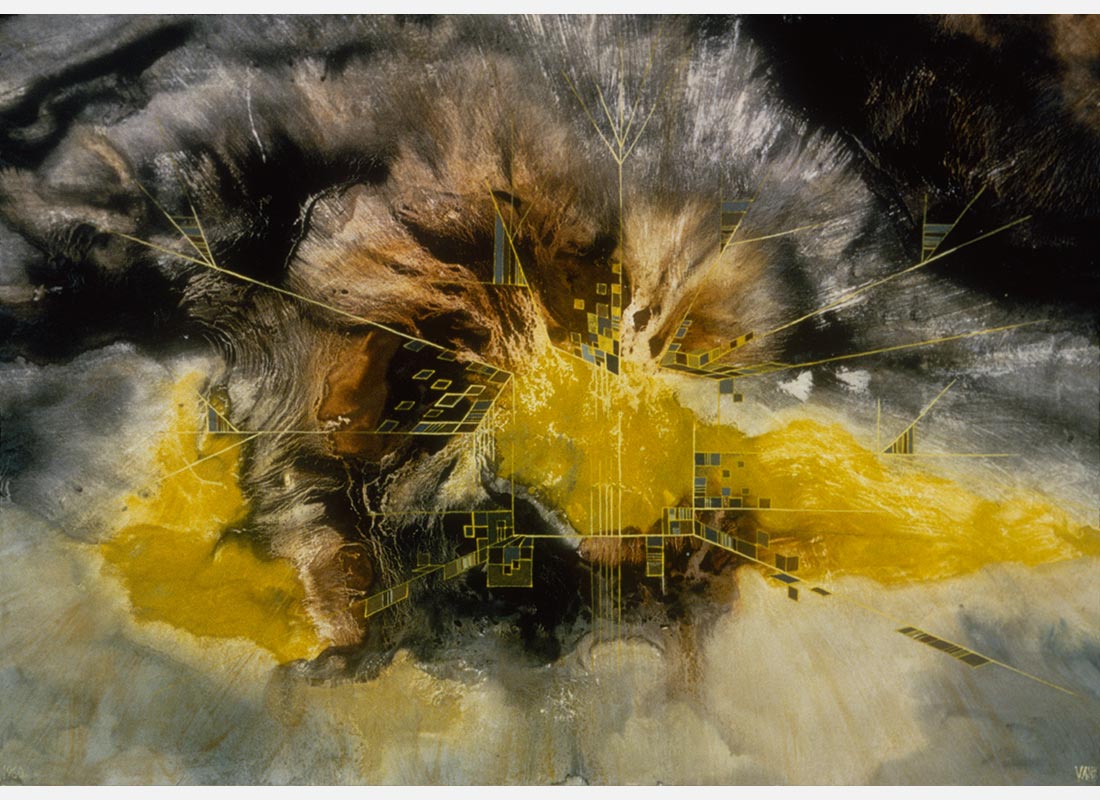 After a year at Yale, Vanni returned to Paris, in autumn ’53. In Paris, more than in Rome or Amsterdam, Vanni had found his ideal working environment. His encounter with Albers laid the foundation for his future development, and from that point on his use of color relationships and interactions would be an essential element in his painting.

In the first works executed after his return to Paris, the influence of Albers predominates. These paintings evoke a geometry of floating planes, belonging to cubes and polyhedrons, hovering in space, their intersections producing transparencies without volumetric articulations.

In the works that follow, the geometric figures no longer float freely, but share all sides of their perimeters with bordering figures. These paintings derive directly from and further develop the concept of prismatic space, reviving certain elements from his Holland paintings, purified of the Klee - and Melanesian - inspired symbolic-figurative aspects and integrating the new perception of color acquired at Yale. A grid work of horizontals and verticals is retained from the Holland paintings, into which rectangular or triangular elements are inserted, supported by the grid module but, subjected to its tension, modified into prismatic forms. Basically four colors are used, which undergo tonal changes as they move away from the work’s epicenter.

A purely graphic component is introduced. A rough stroke, achieved by scratching white lines against the black backgrounds, is used in a new series to emphasize the lines of demarcation between planes. In this manner the planes of the prisms lose their corporeality in favor of their outlines, which become pure lines of tension.

These explorations are preparatory for the work that immediately follows, where colors return, to completely put in the background the planes proposed by the graffiti signs, and these latter are transformed into slender geometrical structures.

The development of these graphic components on canvas entailed certain important visual changes, tied to the spatial concept proposed by the canvas. The vectors break out from central elements like rays of energy. They then clasp onto the background and pluck away its material, here and there, as if it were a membrane subjected to tension by cables that raise or lower it, modifying its color and texture in certain points.

Vanni soon found this type of figuration too aligned to a naturalistic three-dimensionality, and he abandoned it in search of a purely formal dialectic between the graphic element and the surrounding field. He painted works where a field of the same color covers the entire canvas, and where slender geometric figures lie within, balanced like mobiles suspended in space. The idea of suspension is accentuated by the use of tone colors, which have a vibrating relationship to the chromatic quality of the surrounding field.

This research continued throughout ’57 as Vanni sought an interlocutory relationship between boundary and surrounding field. The fields lost their basically subordinate attribute, to become planes abstracted from any three-dimensional reference.

In 58 Vanni will stay one year in NY. There he will paint Strappo, a work that summarizes the essential themes that will characterize his work: ambiguity of planes; a multiple reading of the spaces, where the acceptance of one places in doubt the reading of another; the insertion, in the lower edge of the canvas, of an element that suggest the existence of a different underlying work.

In New York Vanni paid close attention to the work of those artists whose investigations were closest to his own, such as Clyfford Still, with his division of the canvas into complementary spaces, and Gorky and Gottlieb, with their contrast between graphic line and mass.

The works Vanni painted in New York included a series of studies on the relationship between three constituent elements: vector-rays, small geometric forms and the surface of the canvas, identified with the background.

Upon his return from America, in late ’58, Vanni, rented a former hotel in Vélizy, on the outskirts of Paris, for nearly a year. Here, for the first time, Vanni had a large painting studio, and a period of intense work resulted in a series of works that are distinguished by the presence of small yellow-turquoise triangular shapes floating in a red field. It is interesting to note how the small floating forms, and the lines that radiate out from them, are painted on fragments of canvas left blank, not covered with the background color. This contributes to the integration of the forms, rather than a sense of their being “applied on top,” and it helps create gradations of passage between one element and the other. The red, in turn, is composed of three successive applications. The first, thin application of carmine red deliberately allows the weave of the canvas to show through; this is covered with a fragmentary application of a medium red that is accented with daubs of scarlet impasto around the star shapes. The layering of colors helps to create the impression that the star shapes are developing magnetic fields that aggregate the most luminous particles of the surrounding space. The star shapes themselves are like crystals that radiate force lines out from their centers.

These works culminate the development of the themes explored with Albers, and for Vanni, they reach their limit of possibility. It was now time to strike out in new directions that, while at first seemingly quite different, would still have an inner spatial structure that would relate to the achievements of this period. 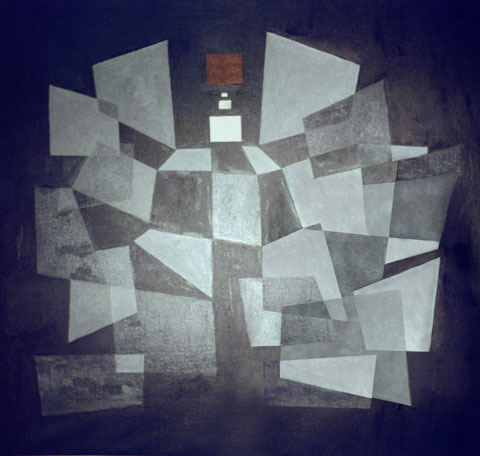