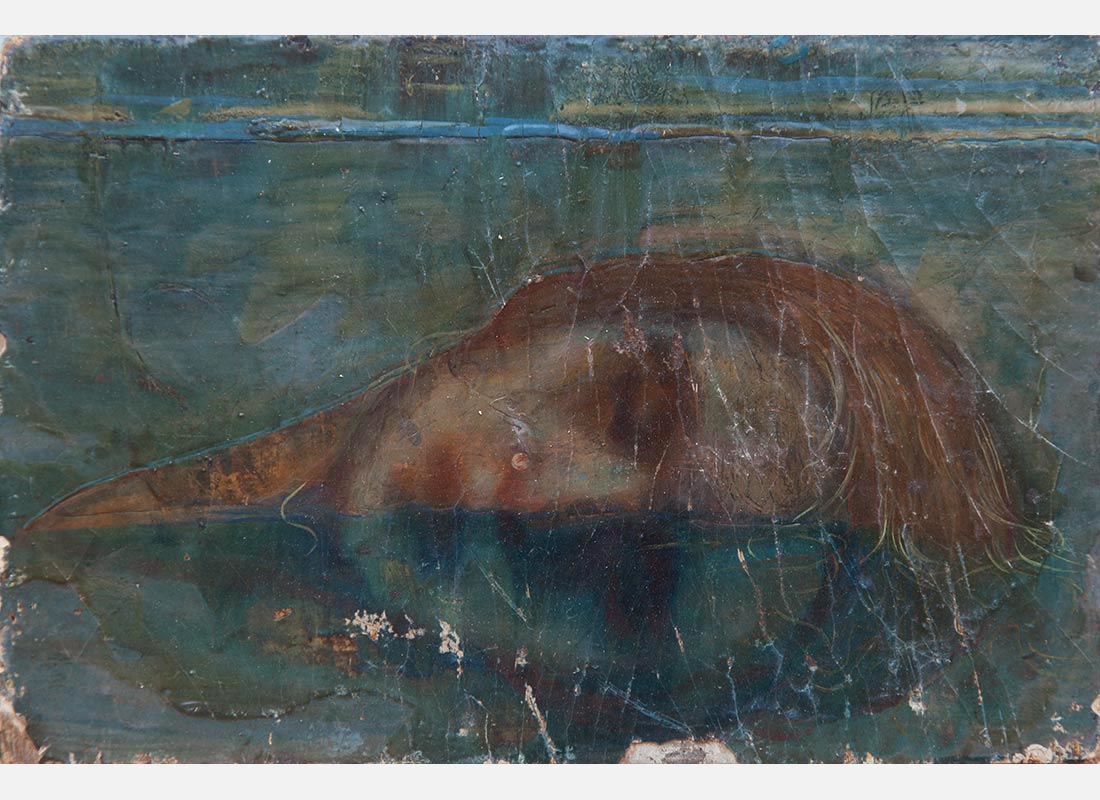 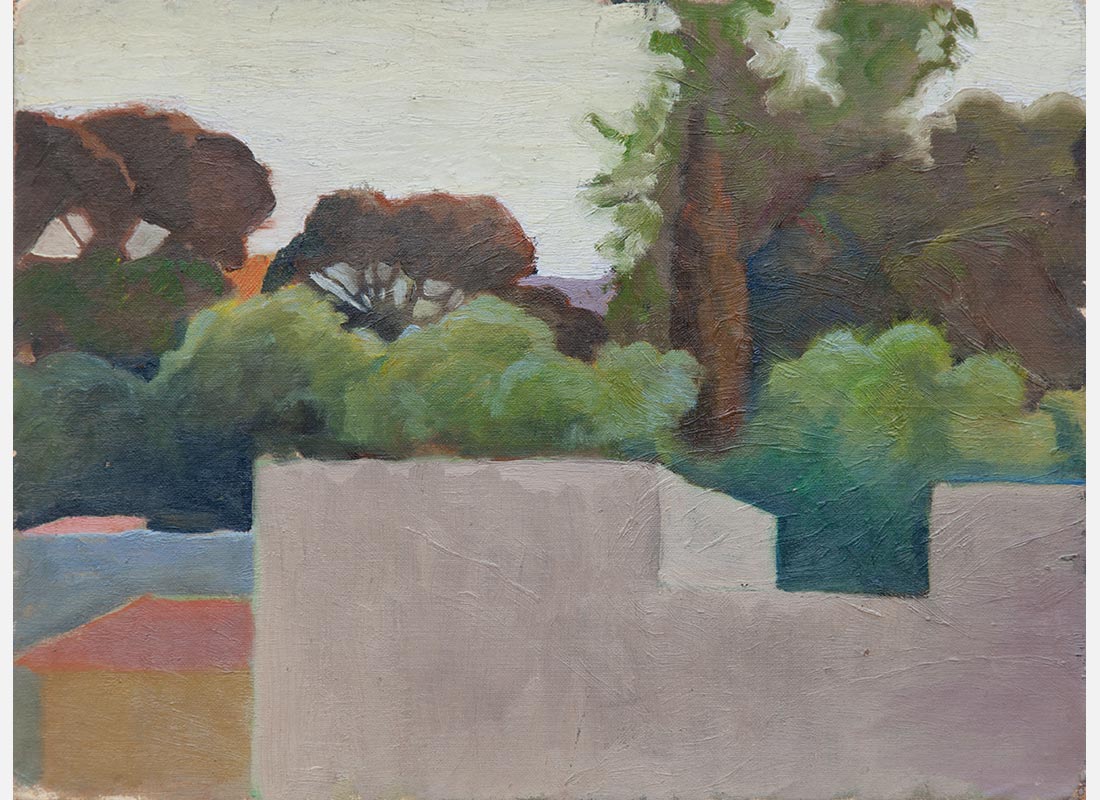 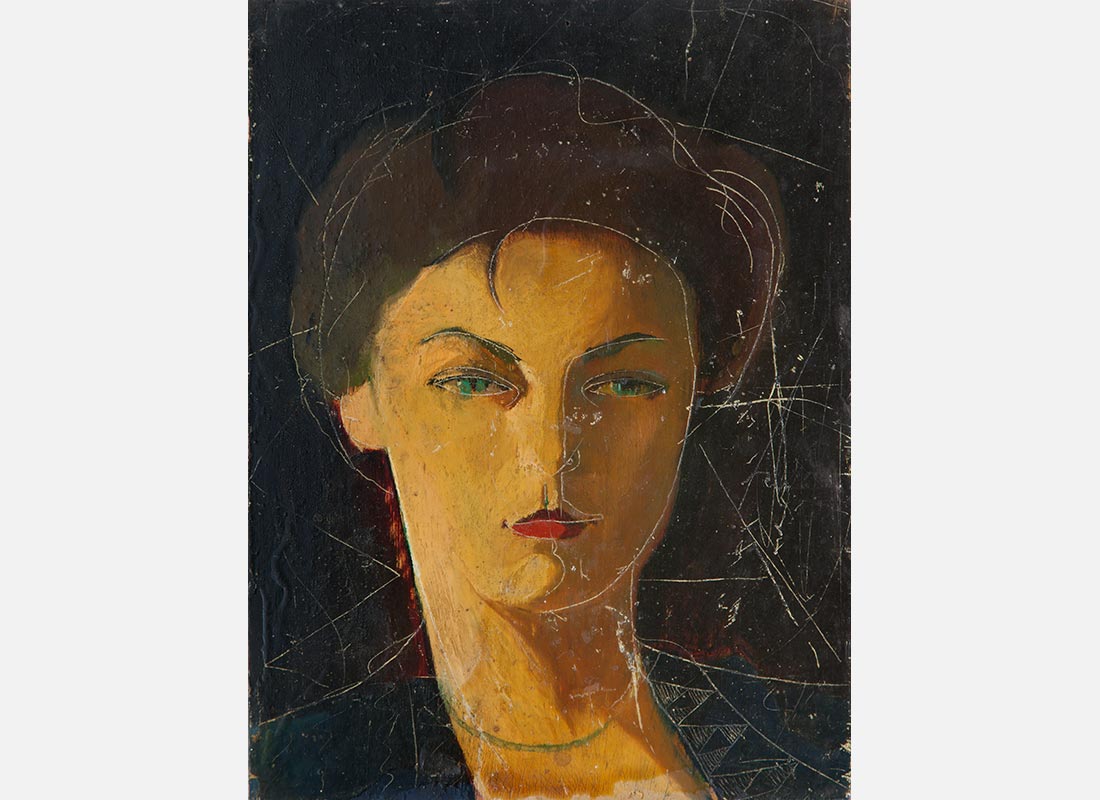 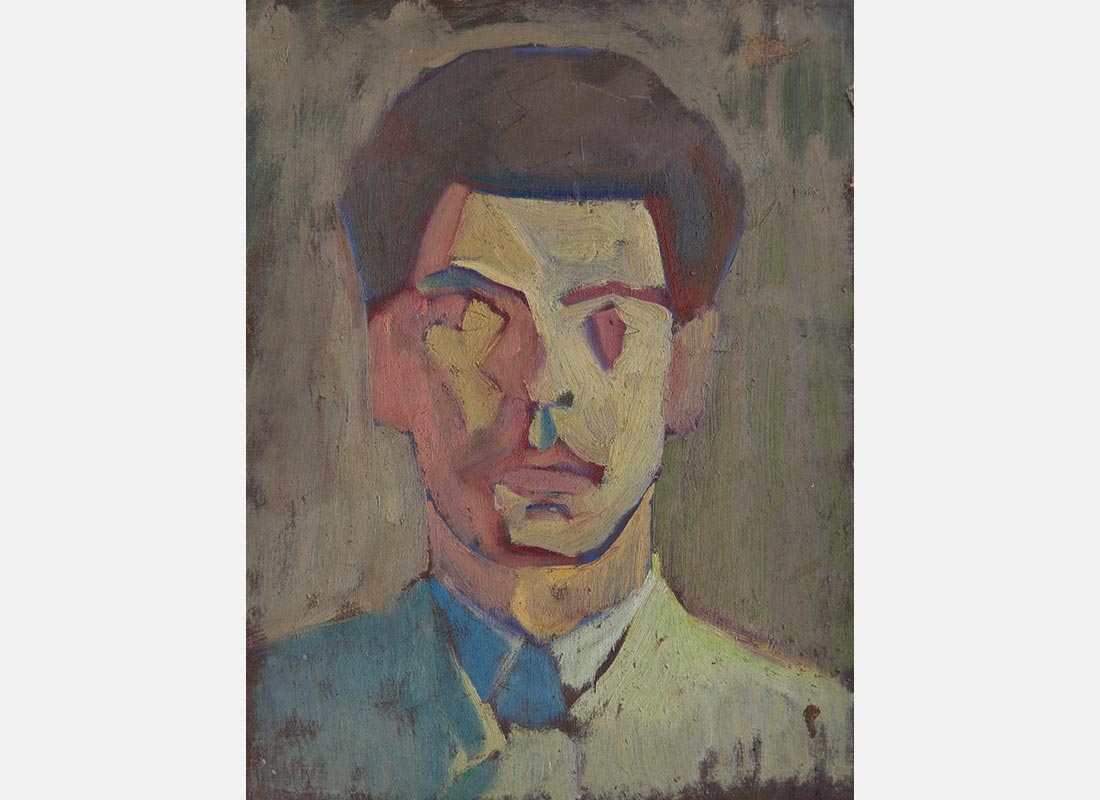 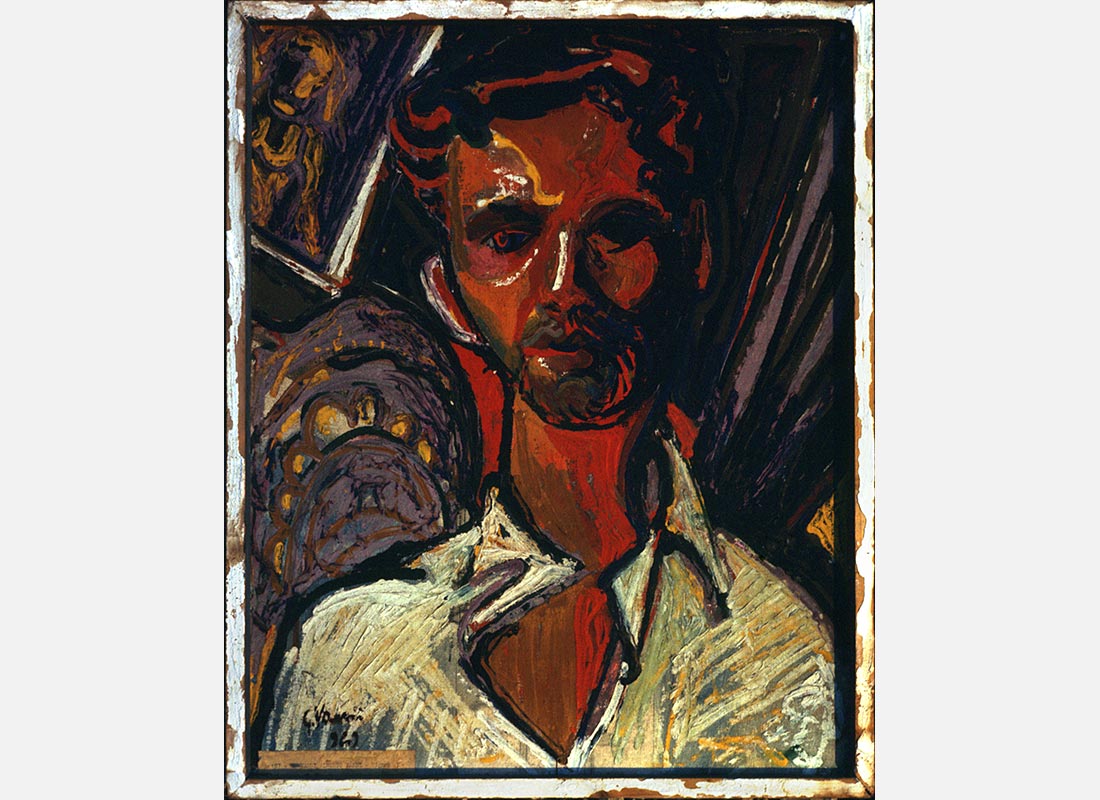 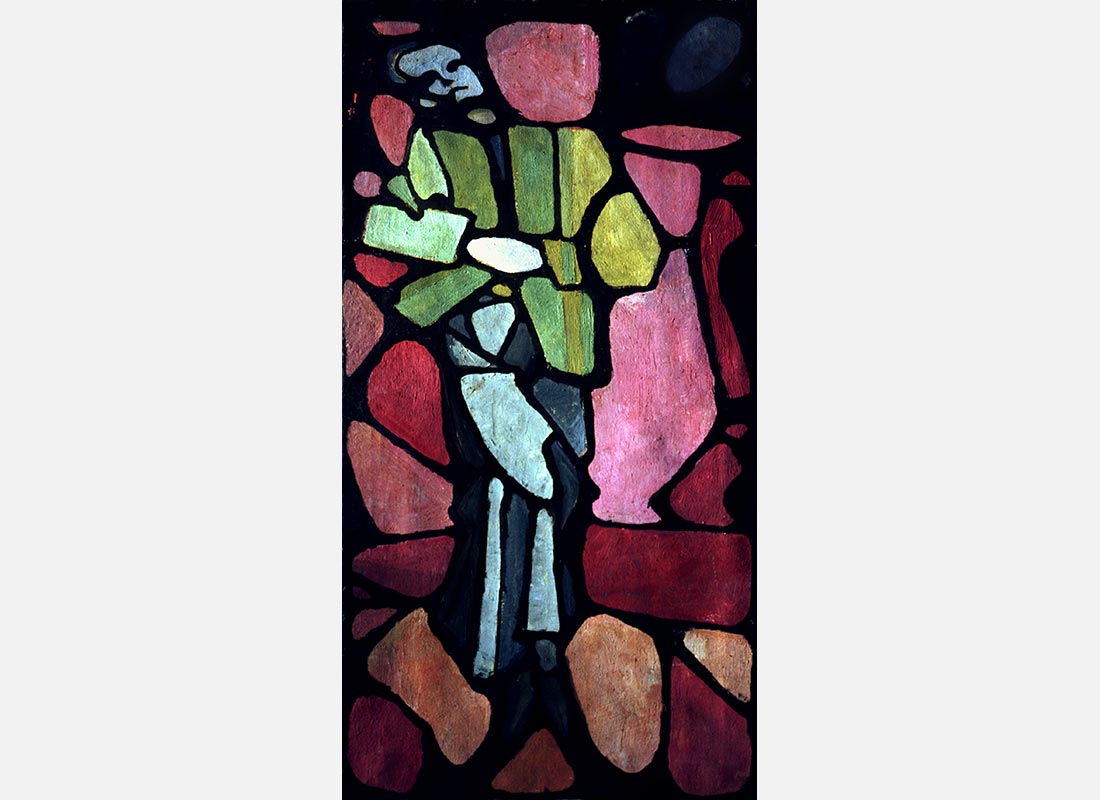 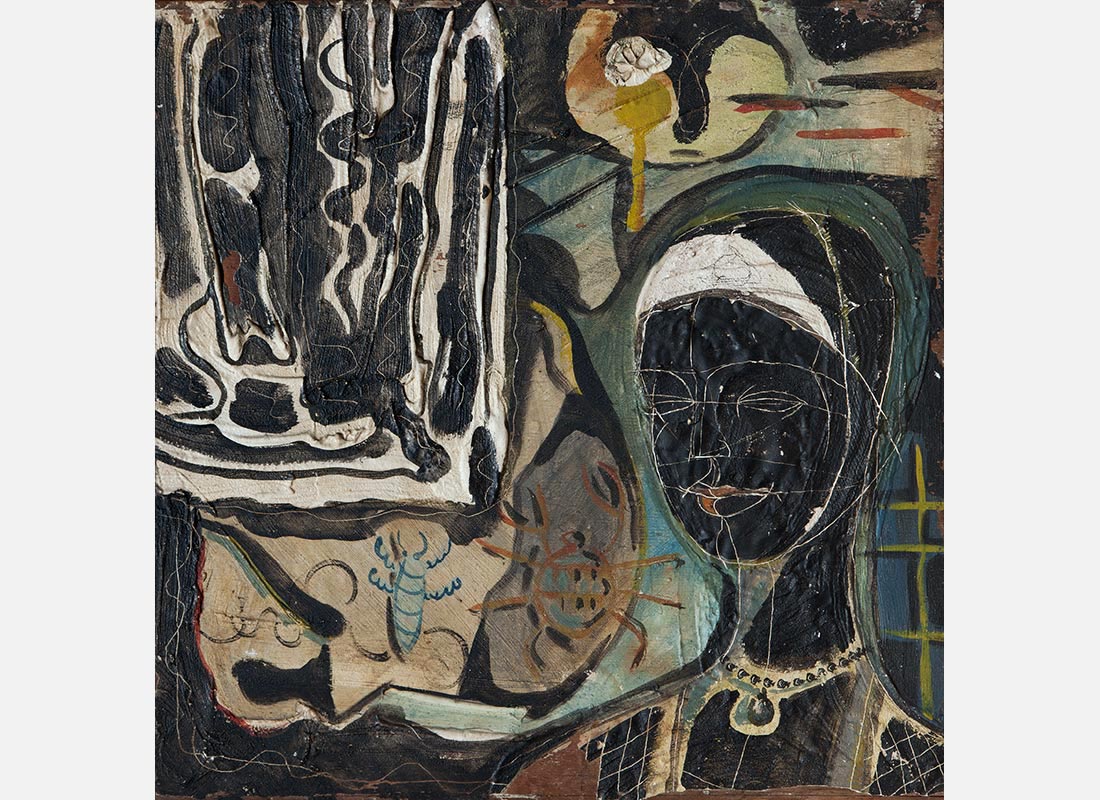 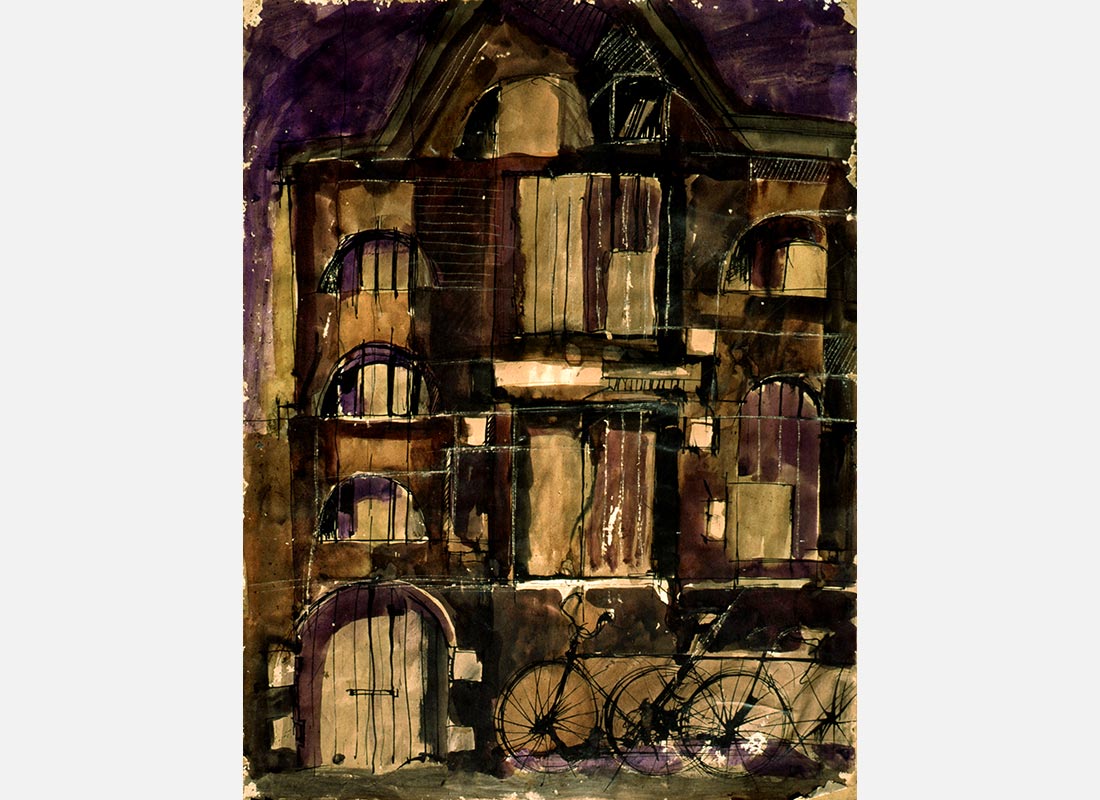 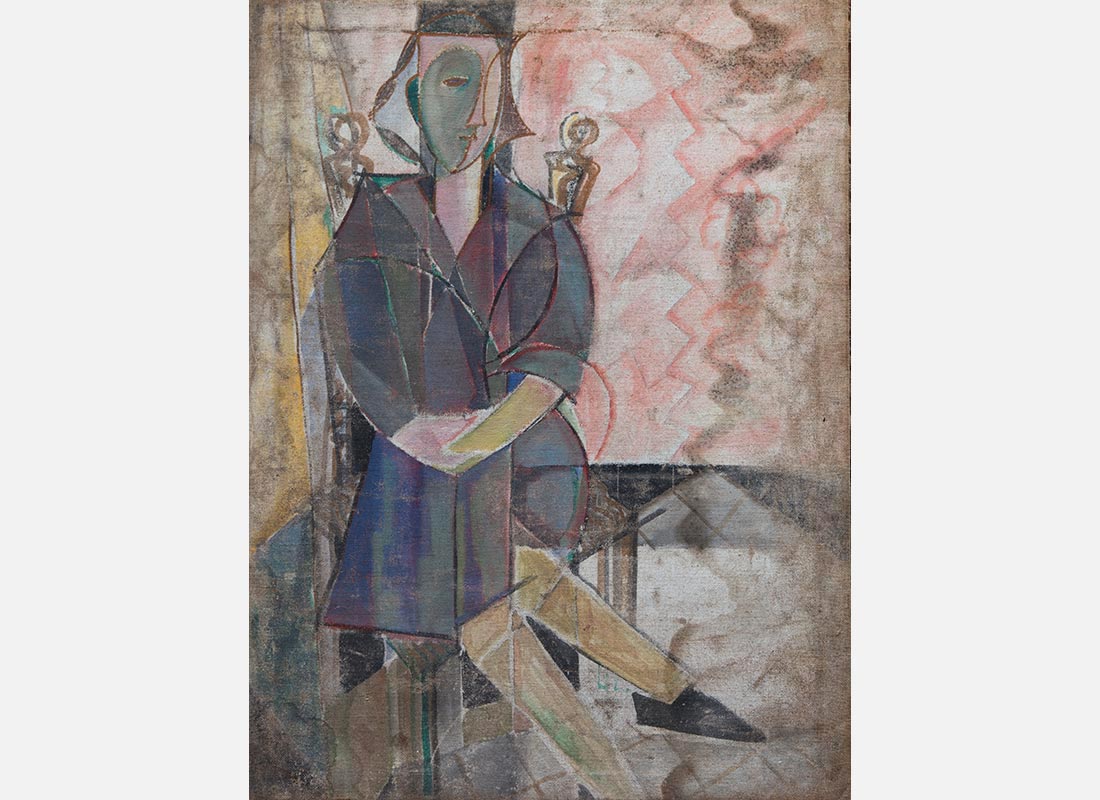 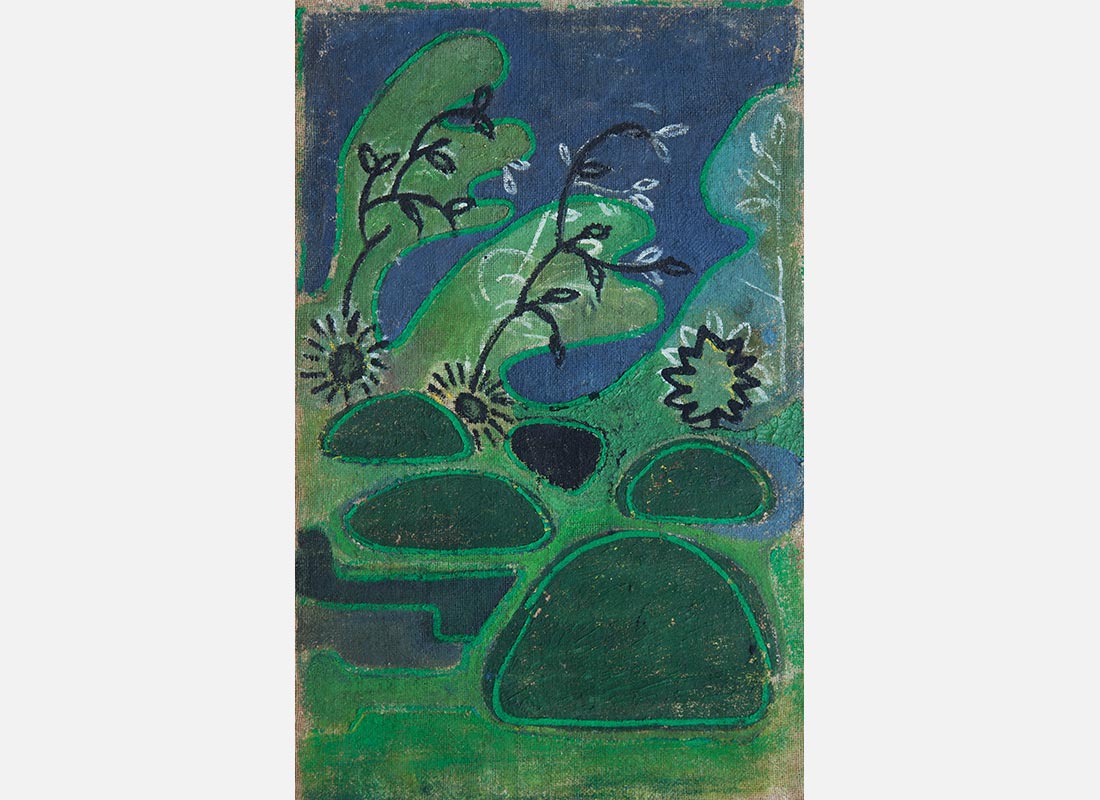 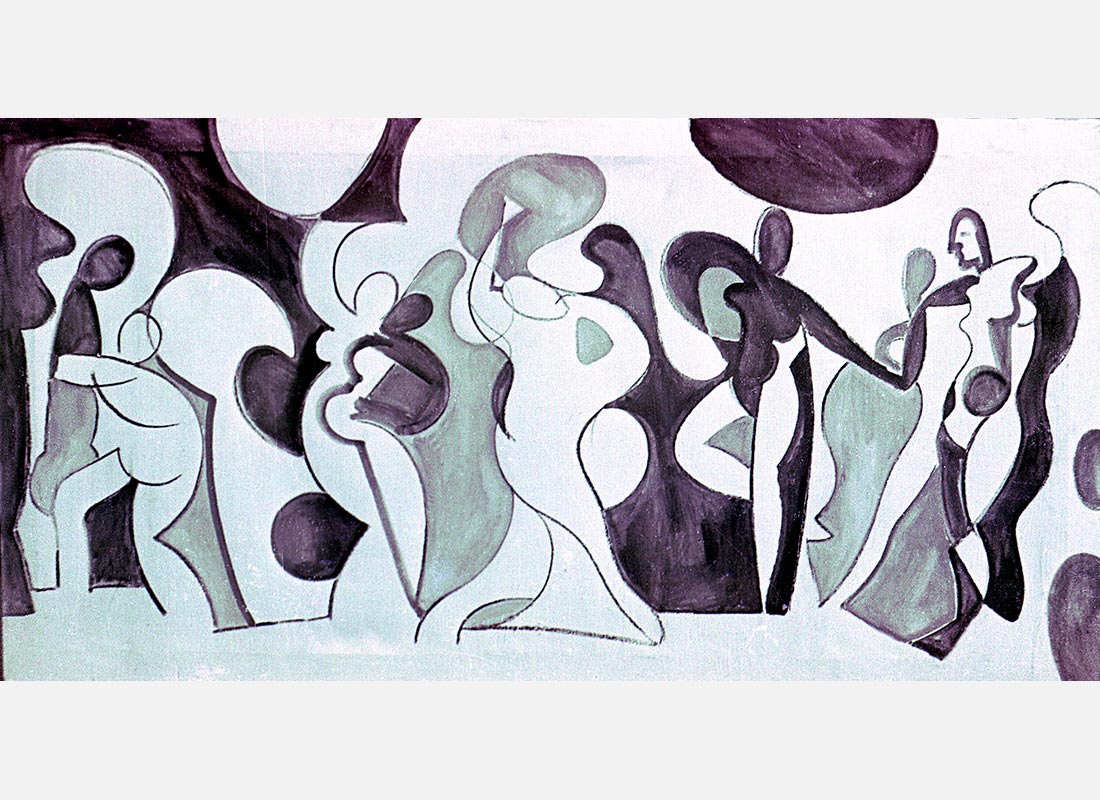 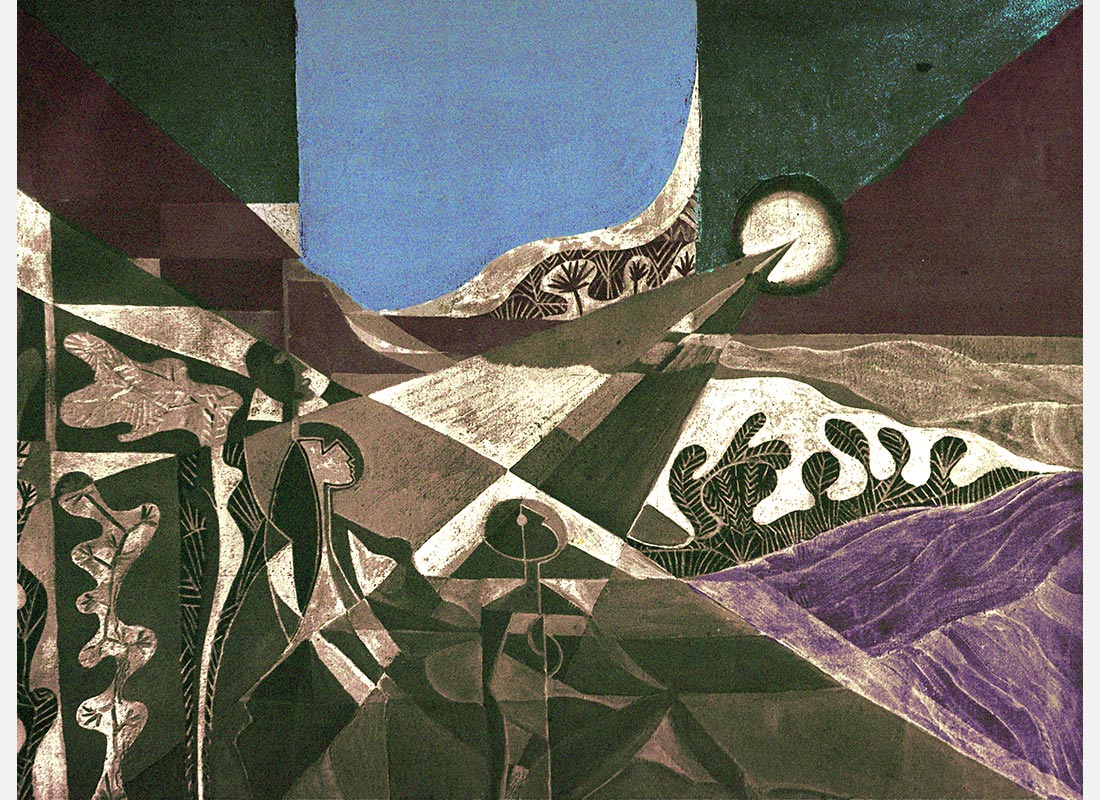 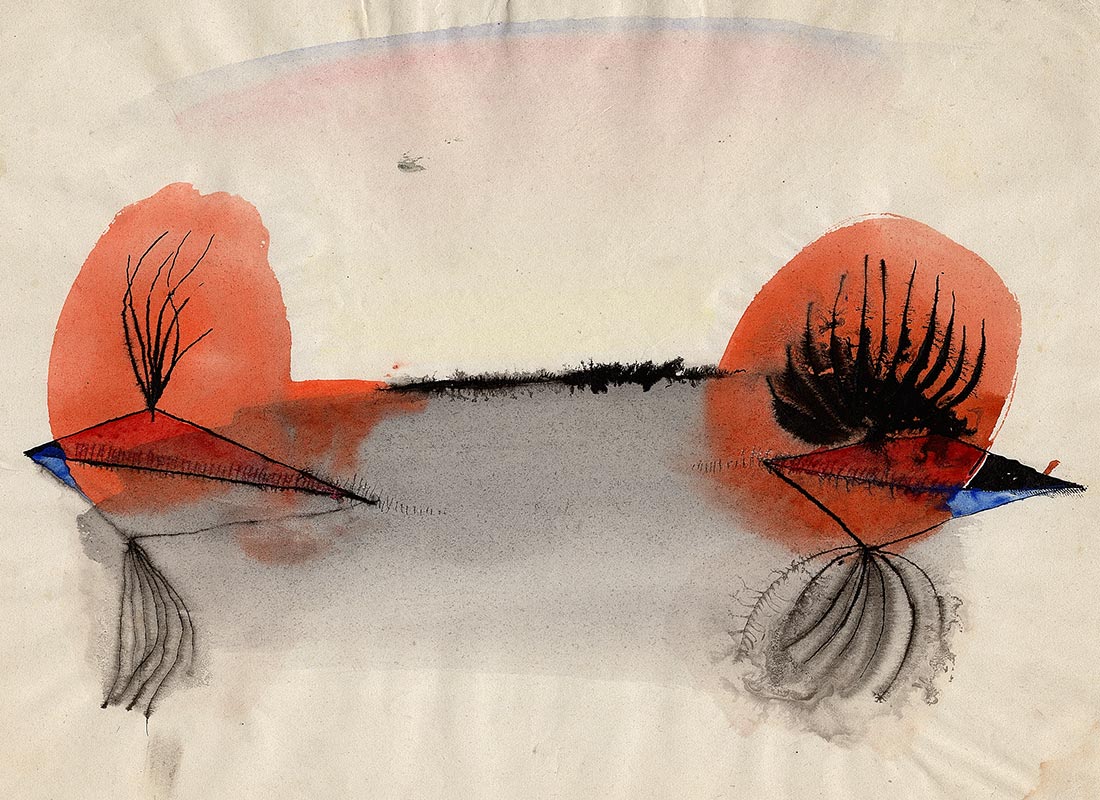 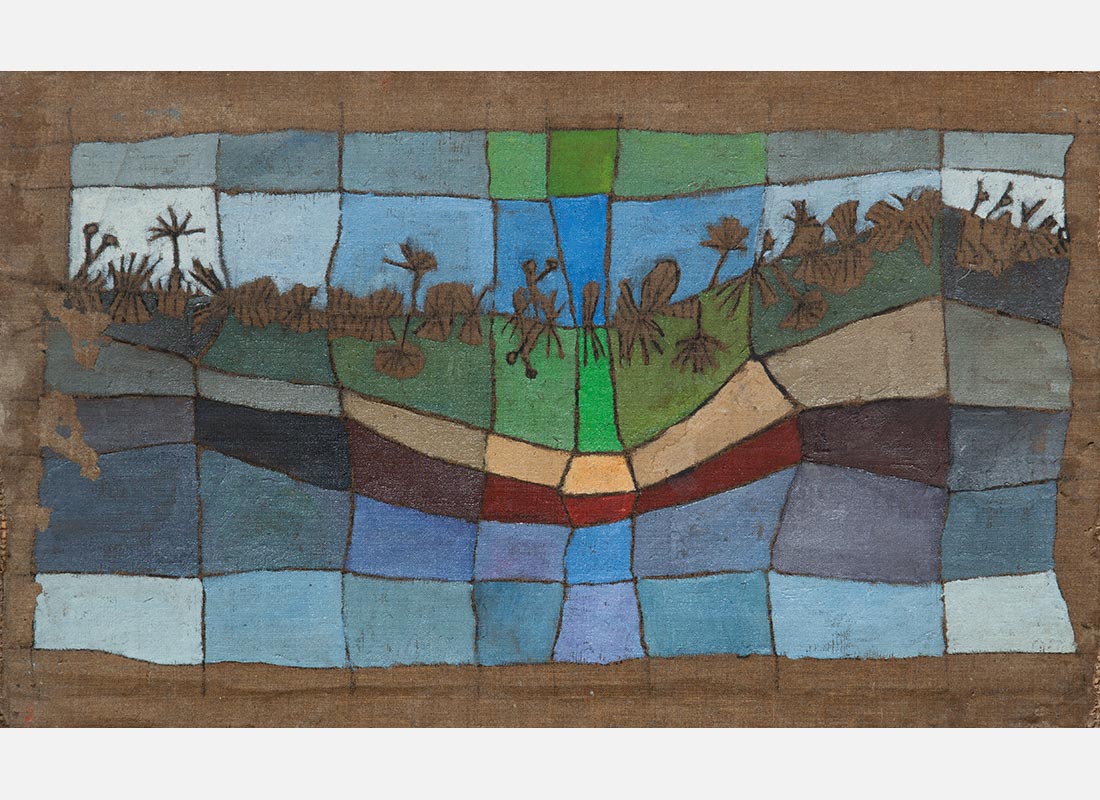 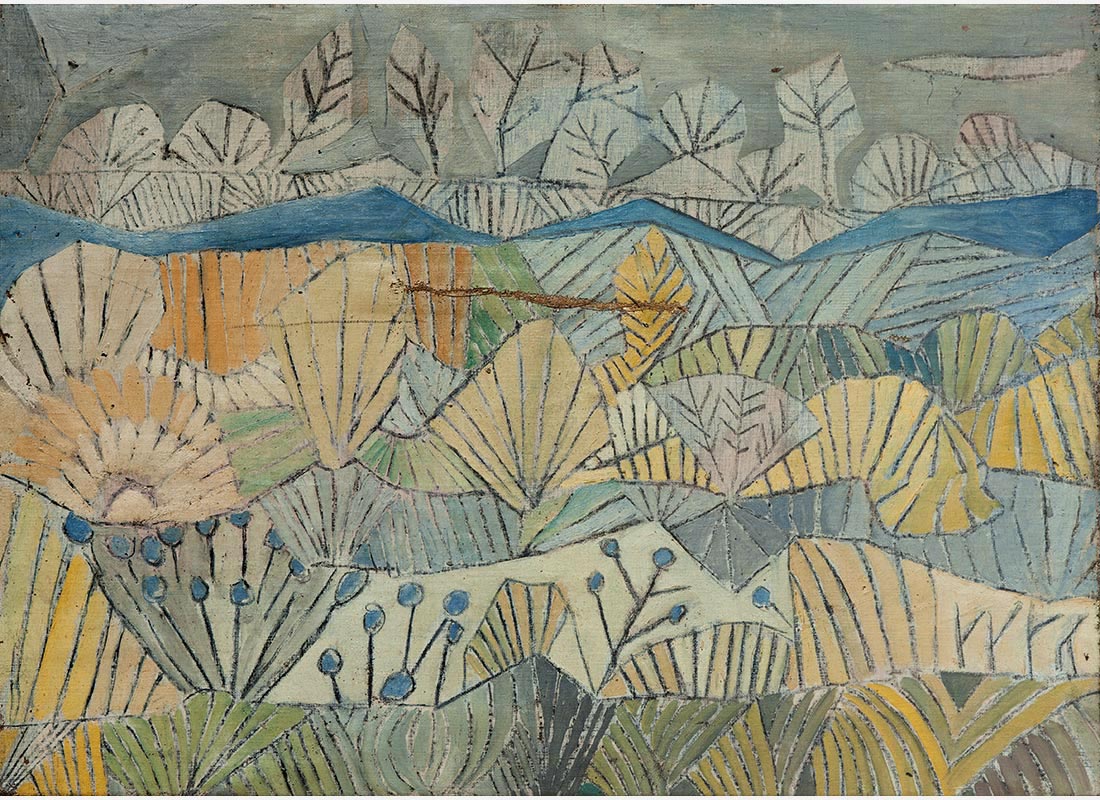 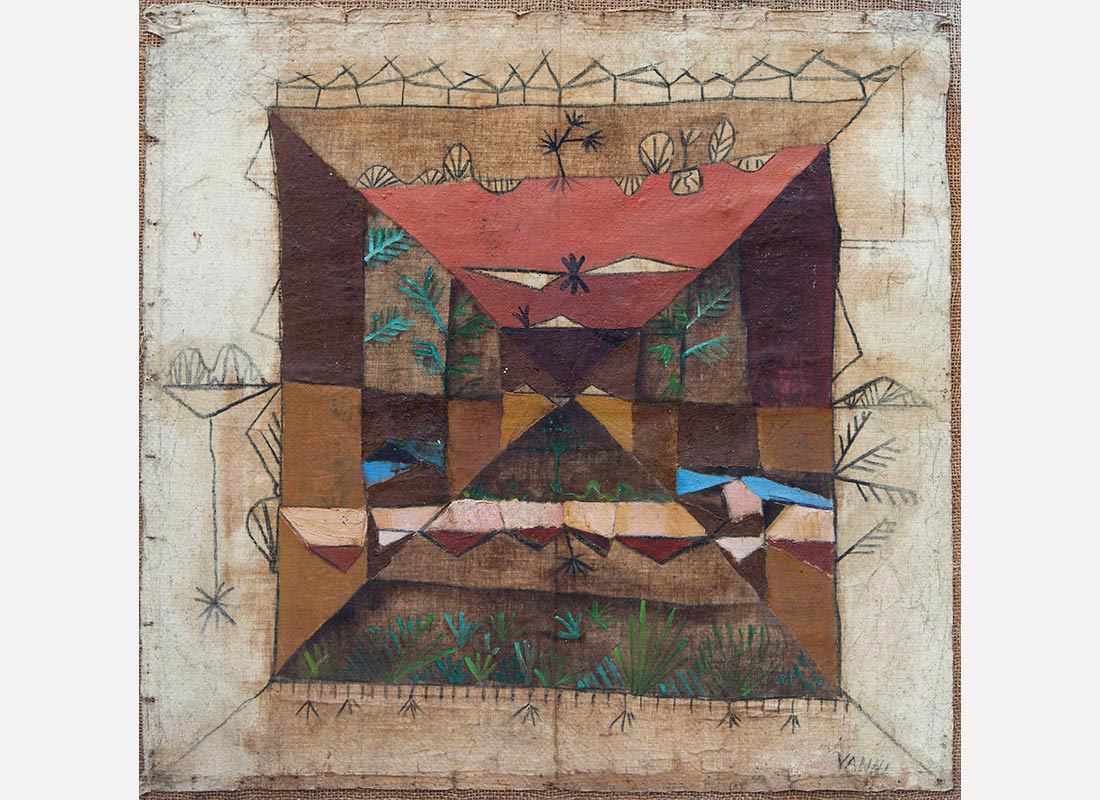 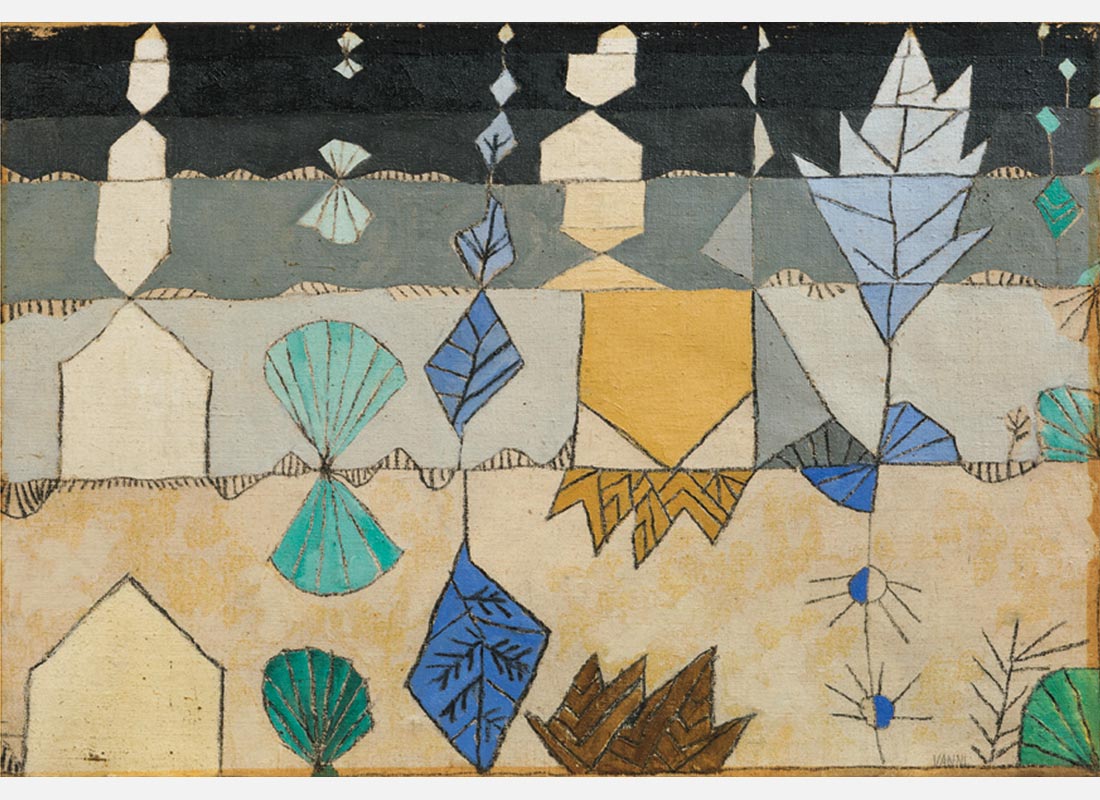 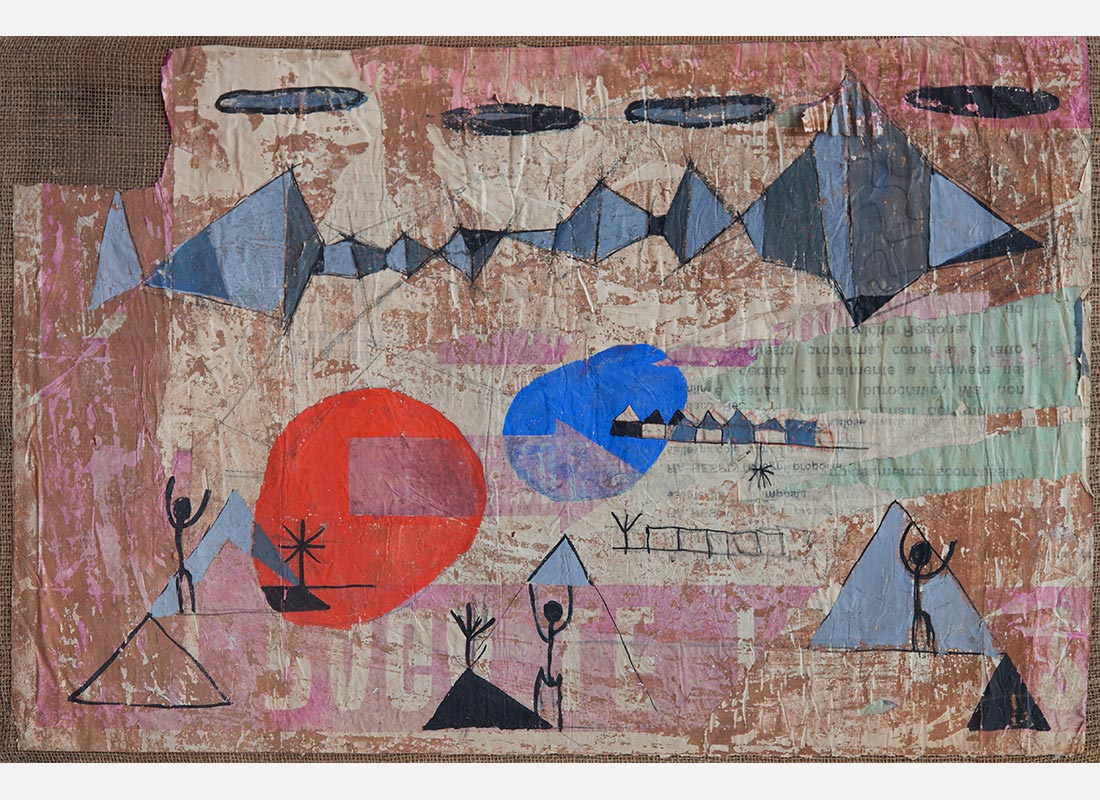 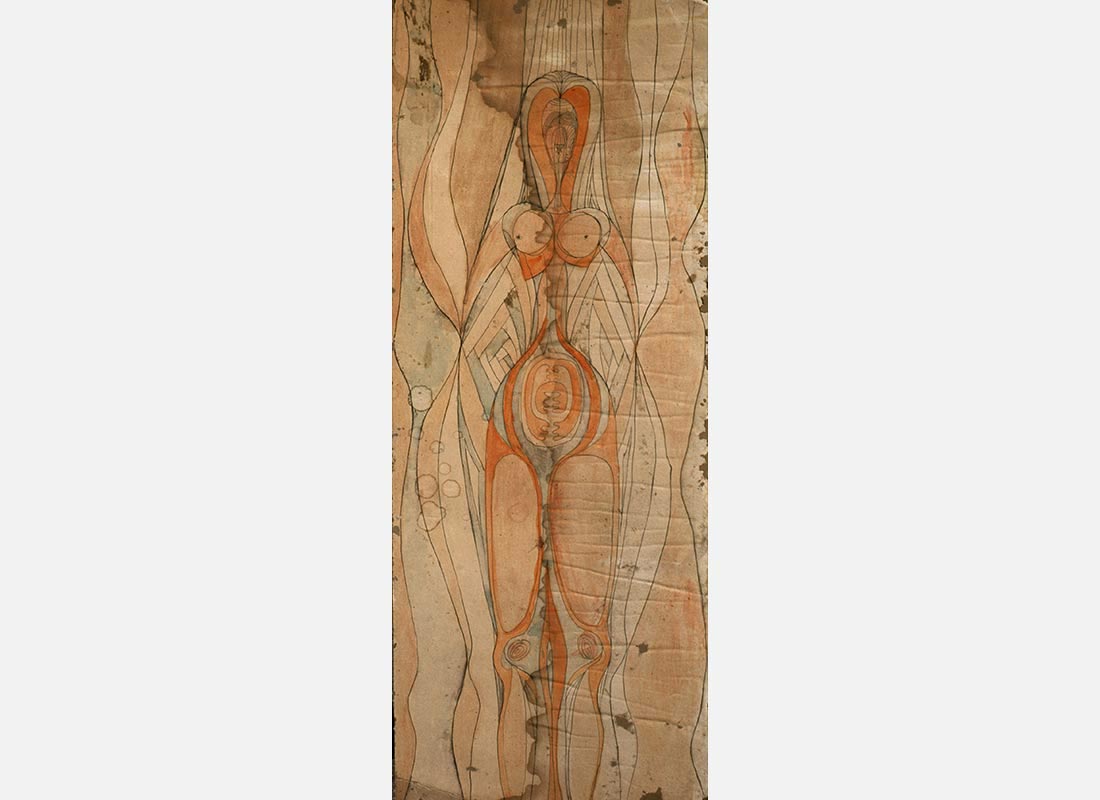 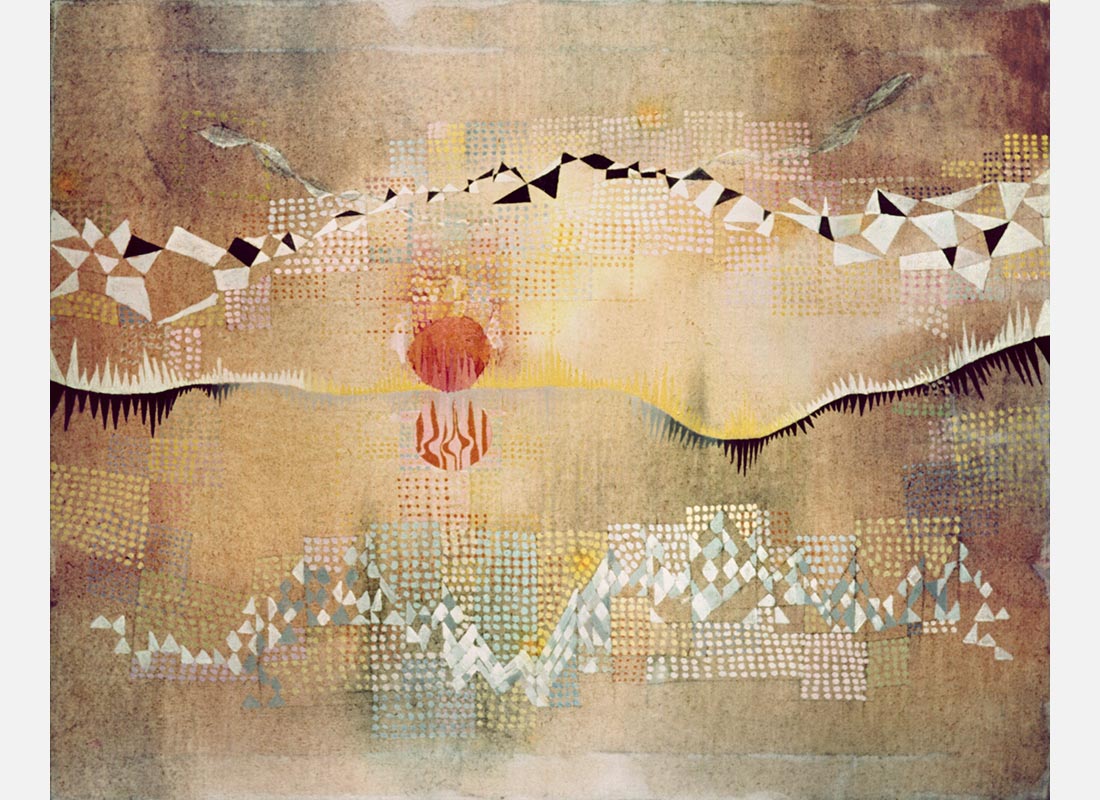 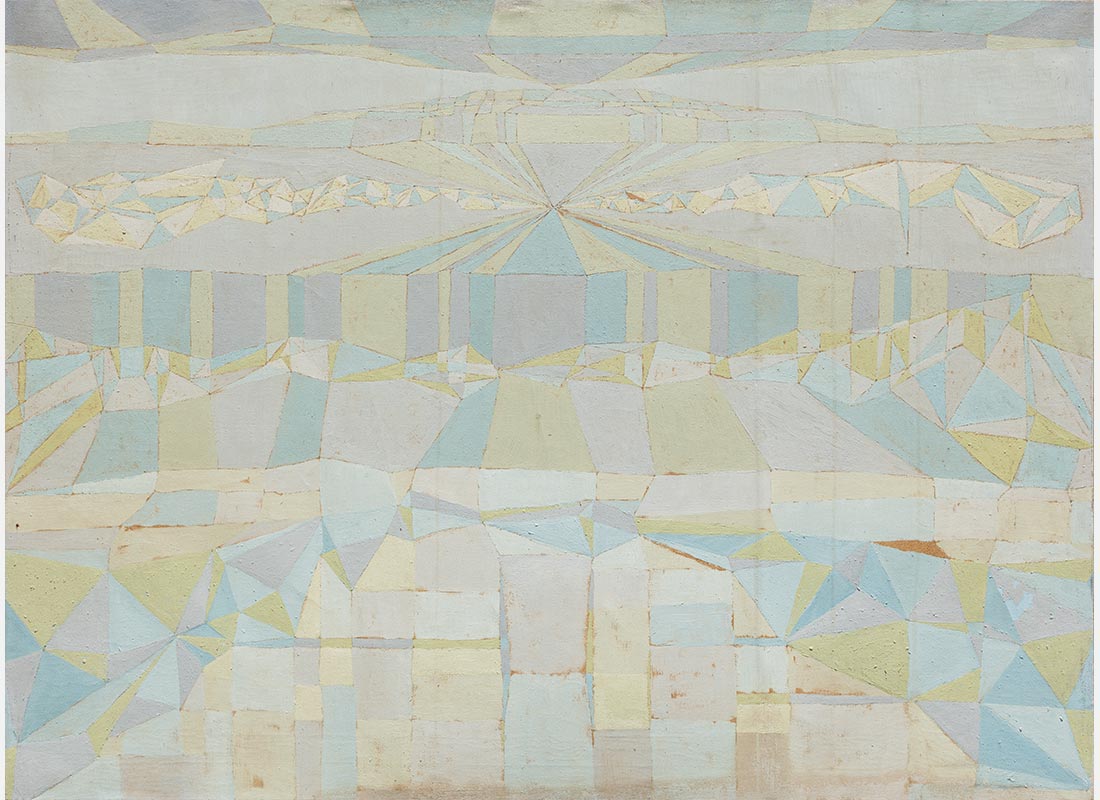 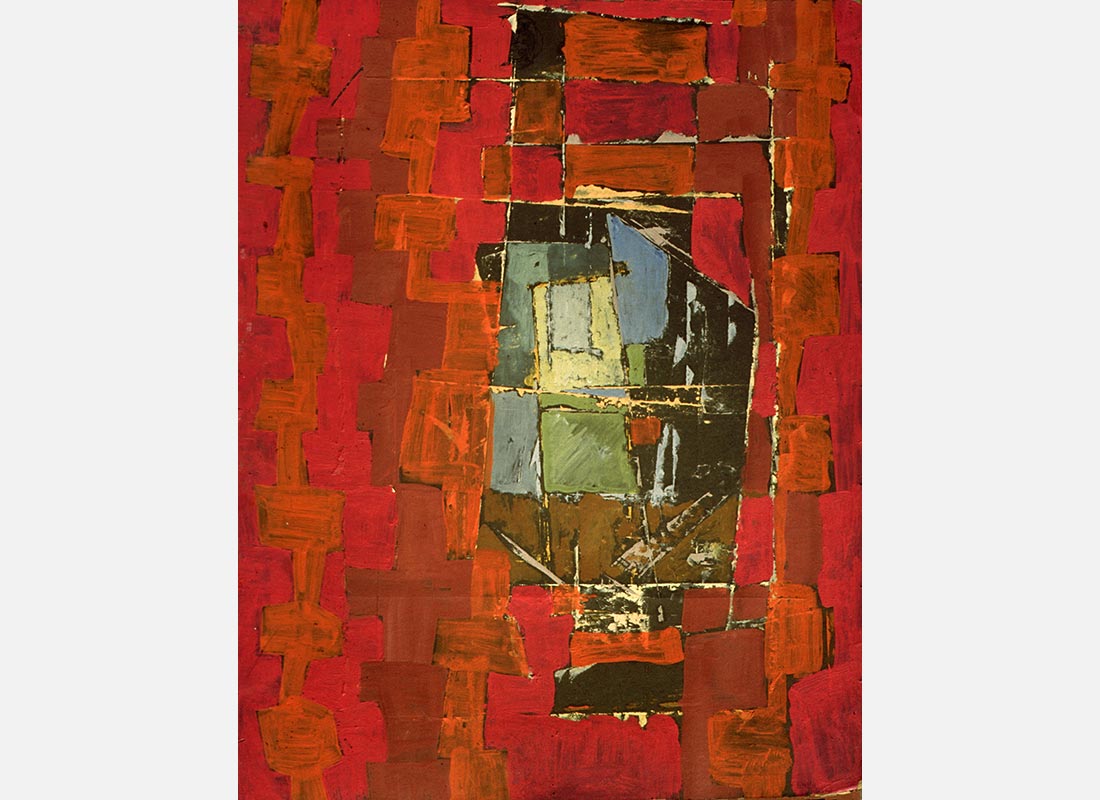 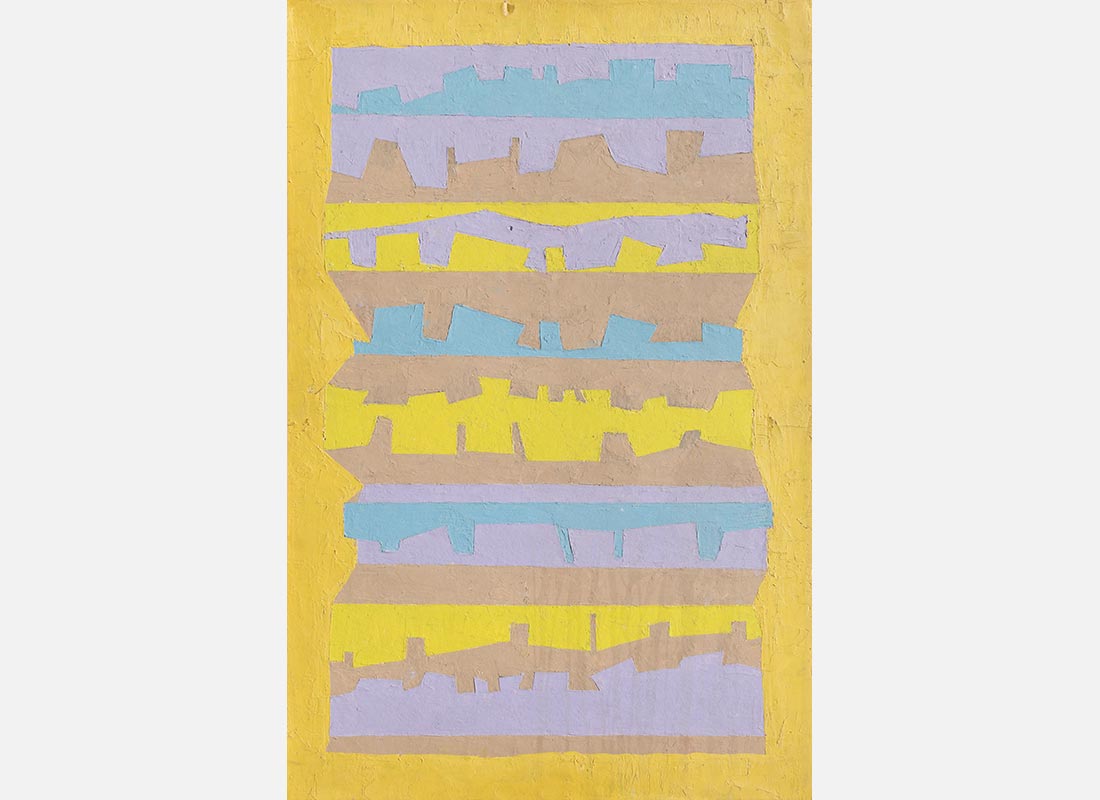 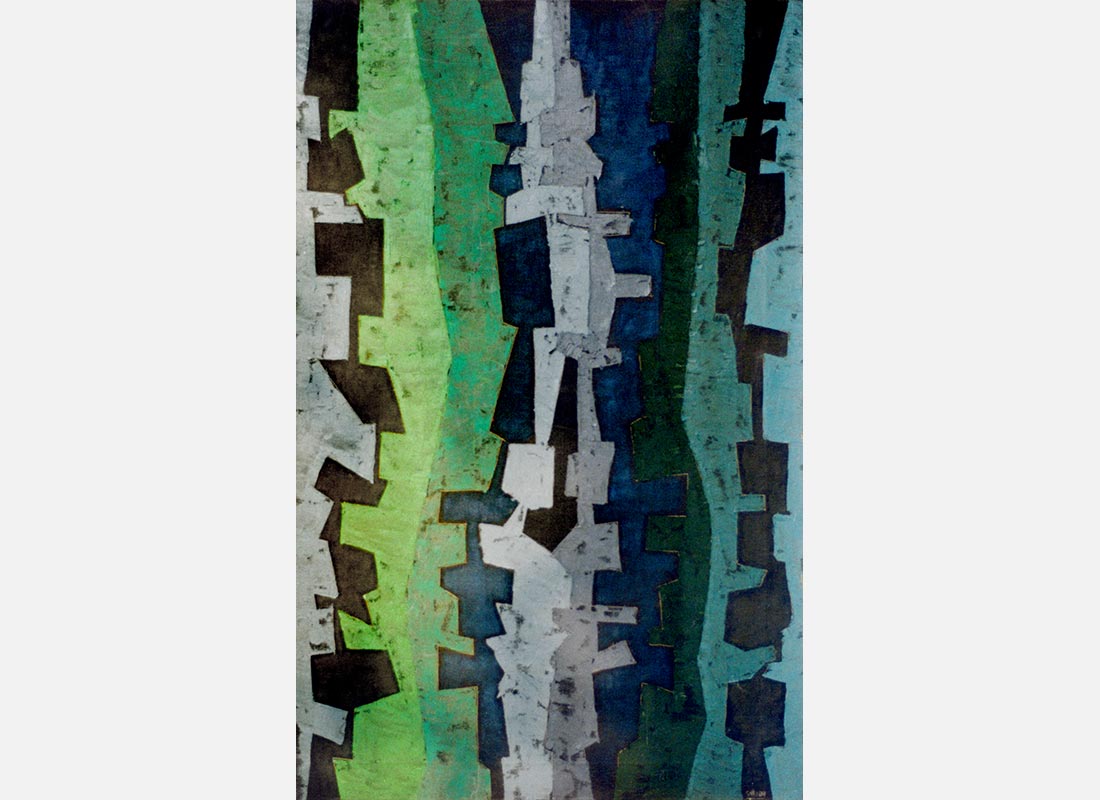 Vanni’s early works mark his journey from a classical figurative approach to painting toward an abstract imagery. Born in Rome in 1927, Vanni’s first attempts at painting emerged in the footsteps of a classical tradition, and while his early influences were conservative in comparison to contemporary developments in Europe, they fit within an academic context that constituted a valuable apprenticeship. As a result, he later would be able to undertake investigations of his own, in any direction, with significant mastery and an awareness of his own expressive capacities.

In the very beginning his technical paradigms were the Renaissance models. This led him to experiment with less commonly used techniques, such as egg tempera and oil painting in the Venetian tradition, based on the use of glazes and transparent shadows.

With the end of the war, new cultural experiences led Vanni to reconsider the traditional manner he had been pursuing. An awareness of the logic of abstract structures in philosophy and music stimulated him to search for new directions in figuration and helped him to move beyond the limitations of traditional representation. This extension of his horizons was a long and arduous intellectual process that avoided simple polemics of rejection. The search for an alternative and personal language entailed experimentation in the many different styles that interested him, and the result was a path that would remain individual and solitary, unaffiliated with any one group. In 1948 Vanni moved to Paris, where he will spend the next four years, with a parenthesis in Holland. This will constitute the fundamental period of his development as an artist, continuing to alternate theoretical study with practical experimentation. Indeed, everything he had acquired from his dialogues with other artists and from frequenting exhibitions in Paris, would be elaborated during long periods spent drawing and painting from life. This was particularly true in Holland, where he lived from November ’49 to July ’50, thanks to a fellowship he received from the Dutch government, and where he would frequently return, to put to the test, once again, the investigations he was carrying out in his studio in Paris. In Holland Vanni meets artist Vordemberge-Gildewart and spends long periods of time studying the Stedelijk Museum collection as well as the one of the Tropische Museum.

In particular his attention is captured by Van Gogh’s landscapes’ brush strokes, in relationship to the orientation of the wind on the tall grasses, and the intensity of color in Odilon Redon’s canvases. Through the observations of Melanesian art at the Tropische Museum, he rediscovers the work of Klee, an artist for whom he would always have a strong affinity. He is especially interested in the way Klee’s attention alternates between the whole and the detail.

The paintings from this period began to reveal a more personal direction, with attempts to represent space through a structuring prismatic grid. Nature as the referring model is still there, yet slowly disintegrating under a fragmentation of its elements. In 1952, as the recipient of a Fulbright, Vanni moves to the prestigious Yale University to study with Joseph Albers. In Albers Vanni found a mentor and the key to his path towards abstraction. Albers teachings definitively marked the direction that his work would take from then on. The works Vanni painted during his studies with Albers were not many in number, but each piece bears witness to either the culmination of earlier research or some new discovery. For the first time Vanni’s work is not the result of a distortion of representational elements, and emerges as completely independent from any direct representation. Each of these paintings will become a point of reference for a series of works developed in subsequent years.