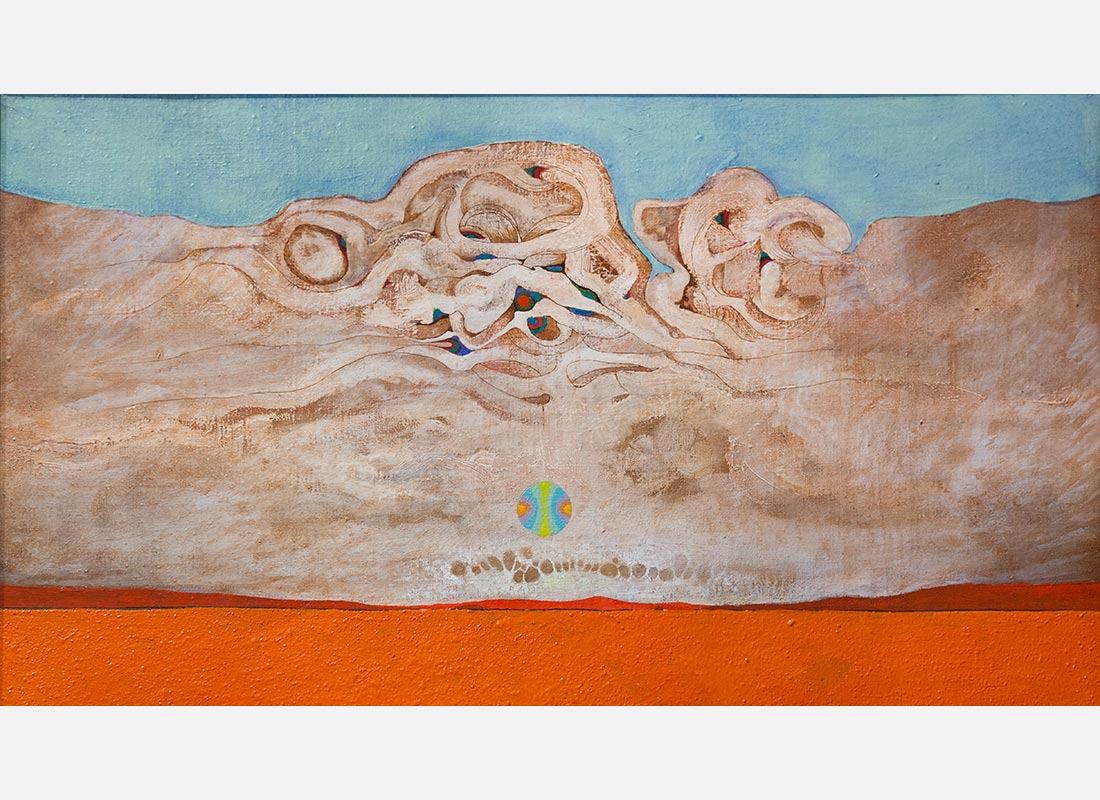 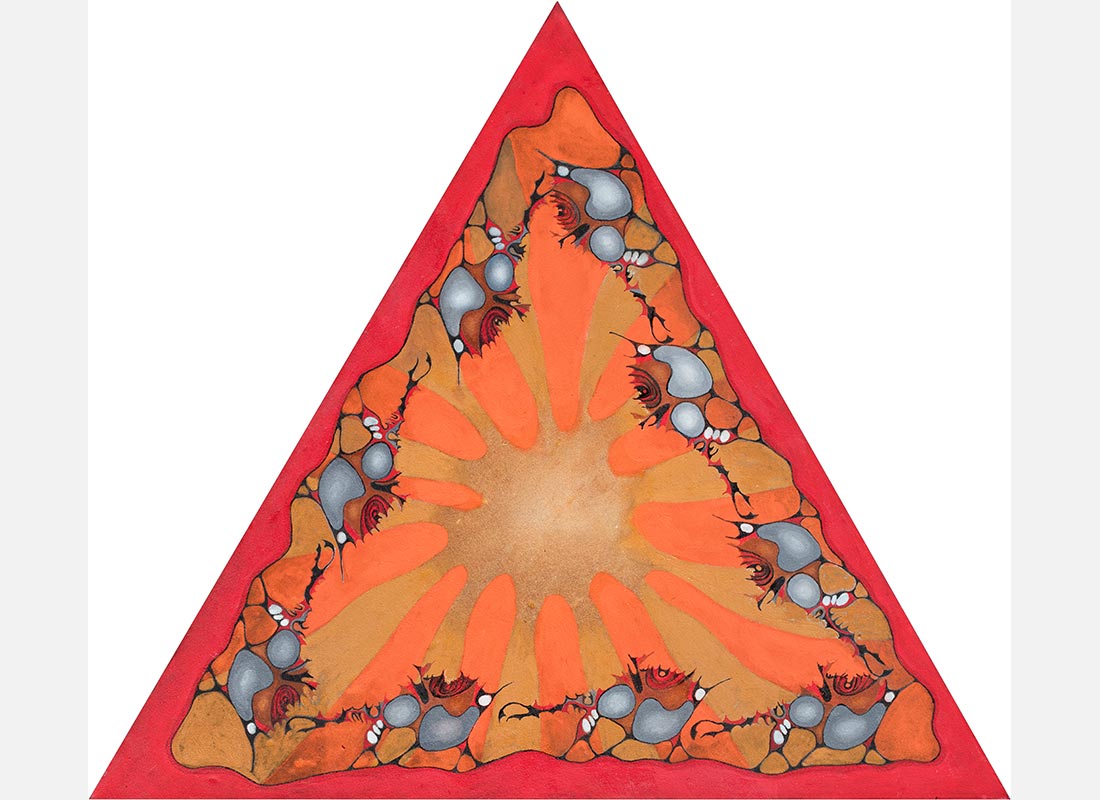 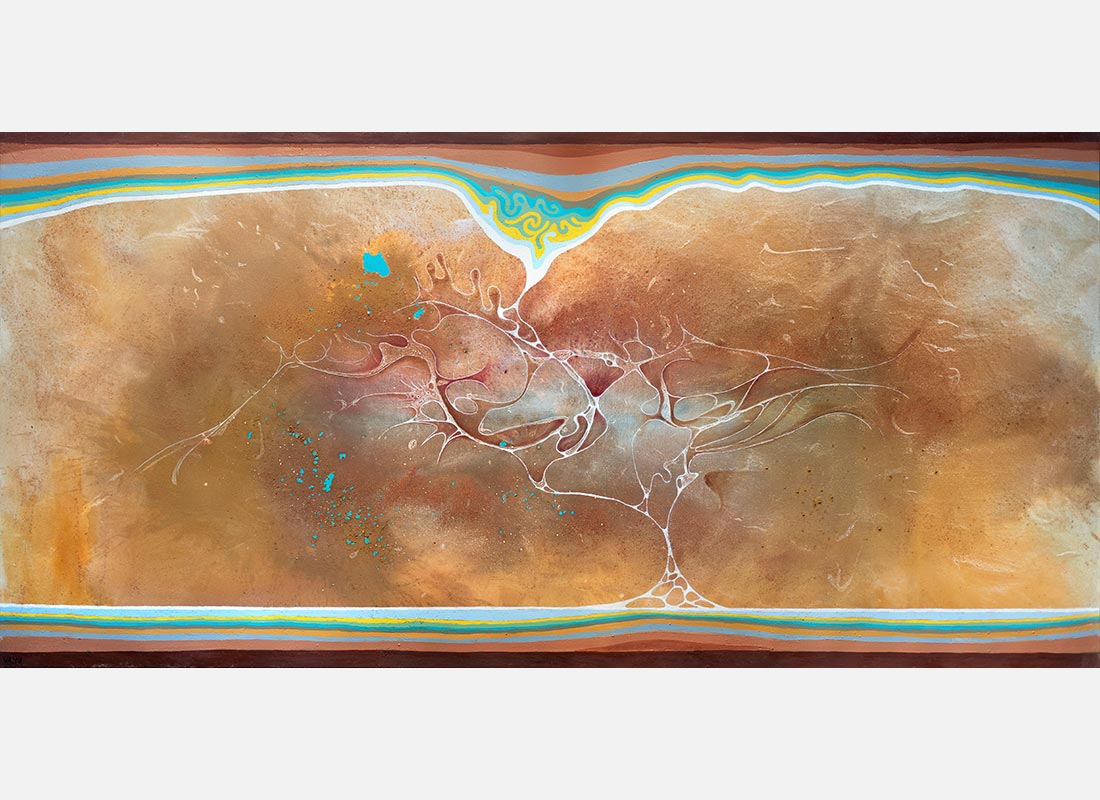 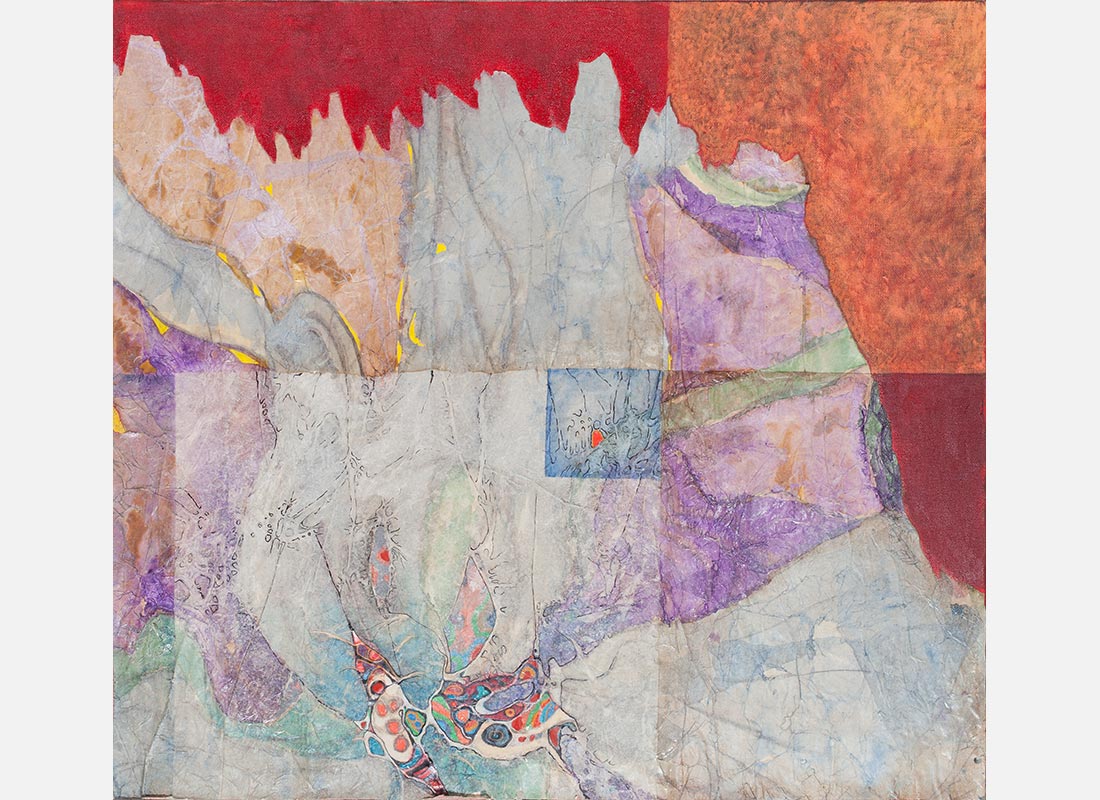 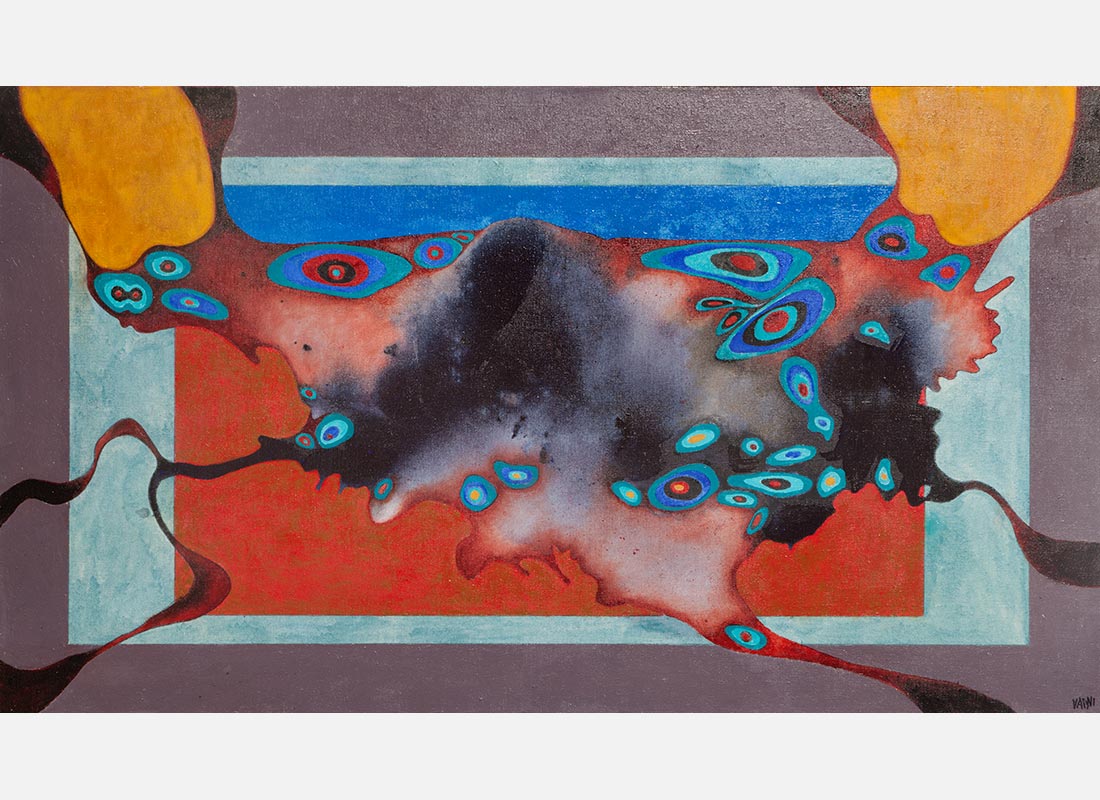 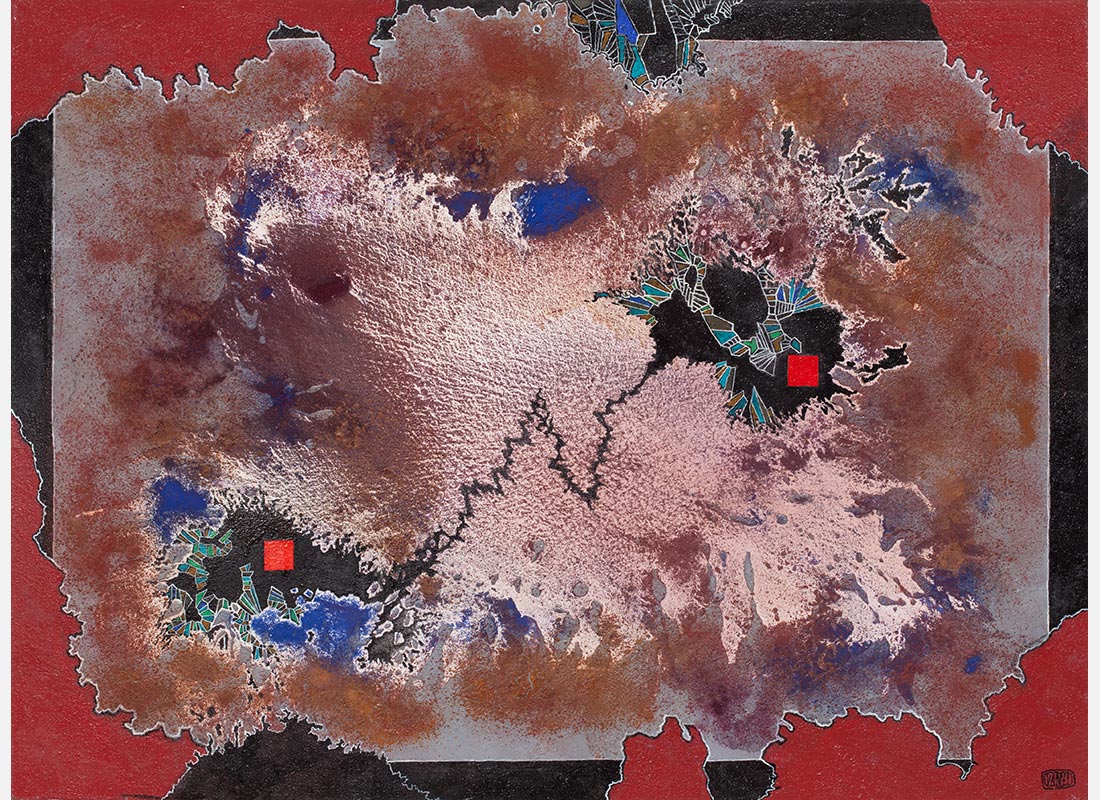 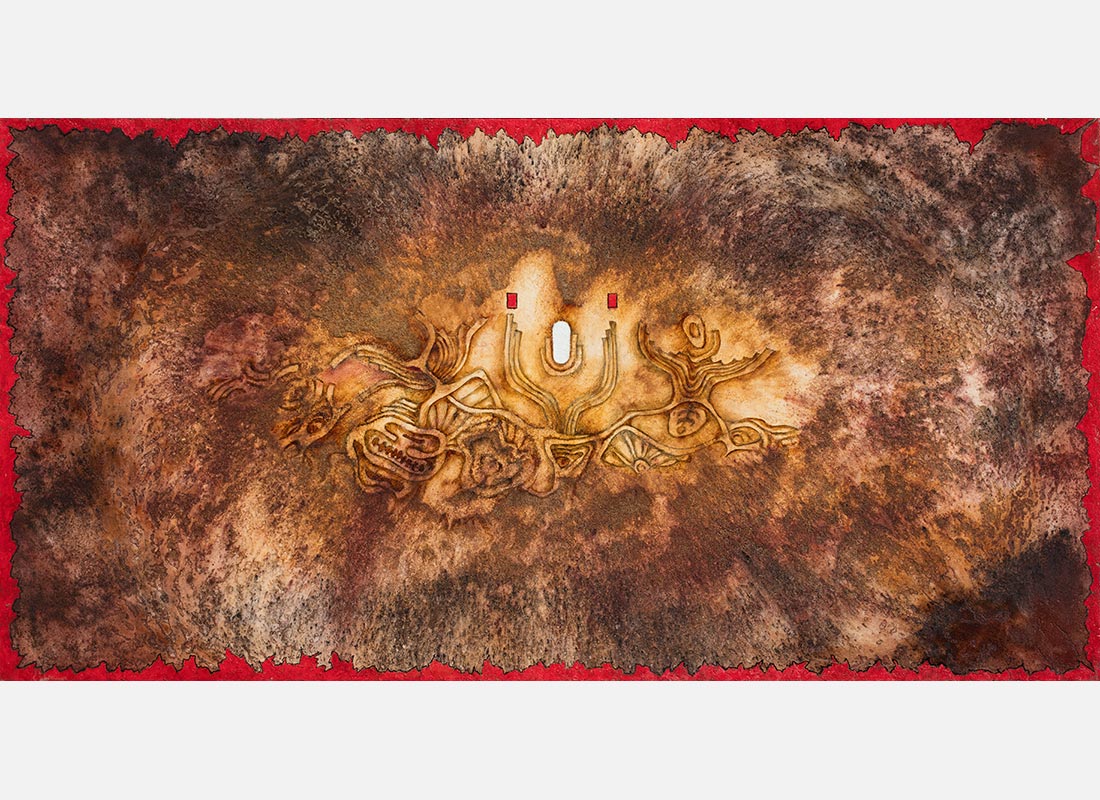 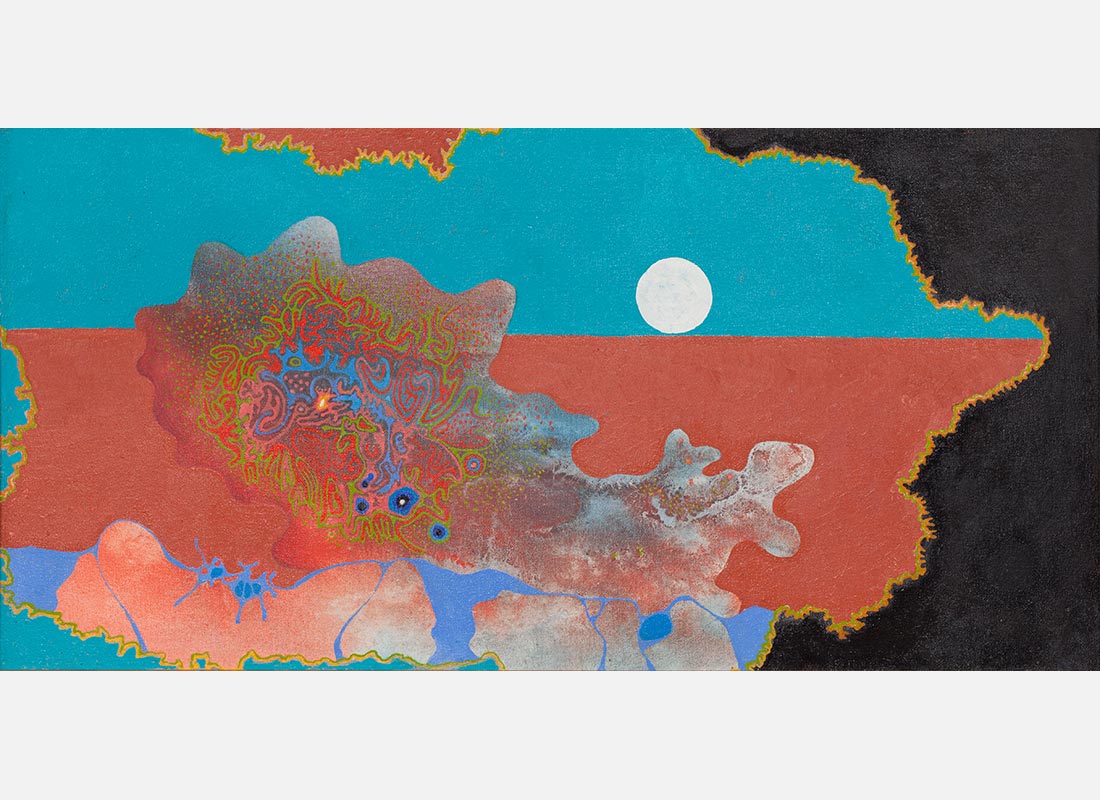 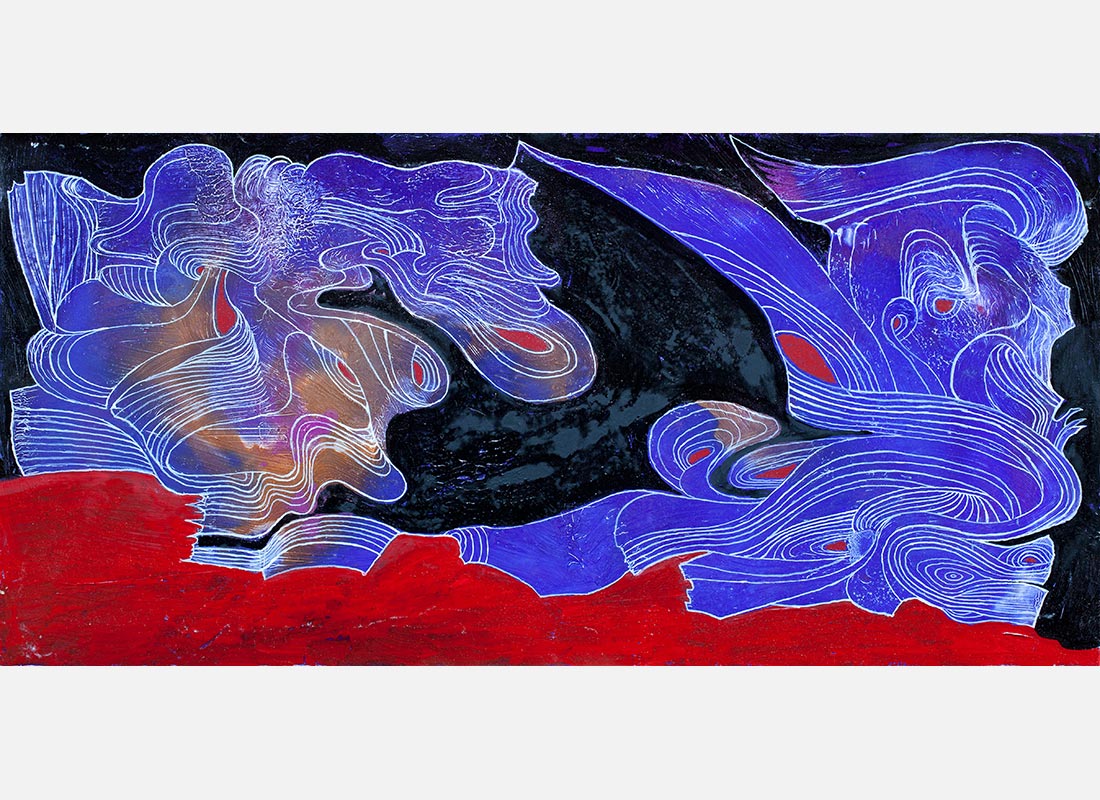 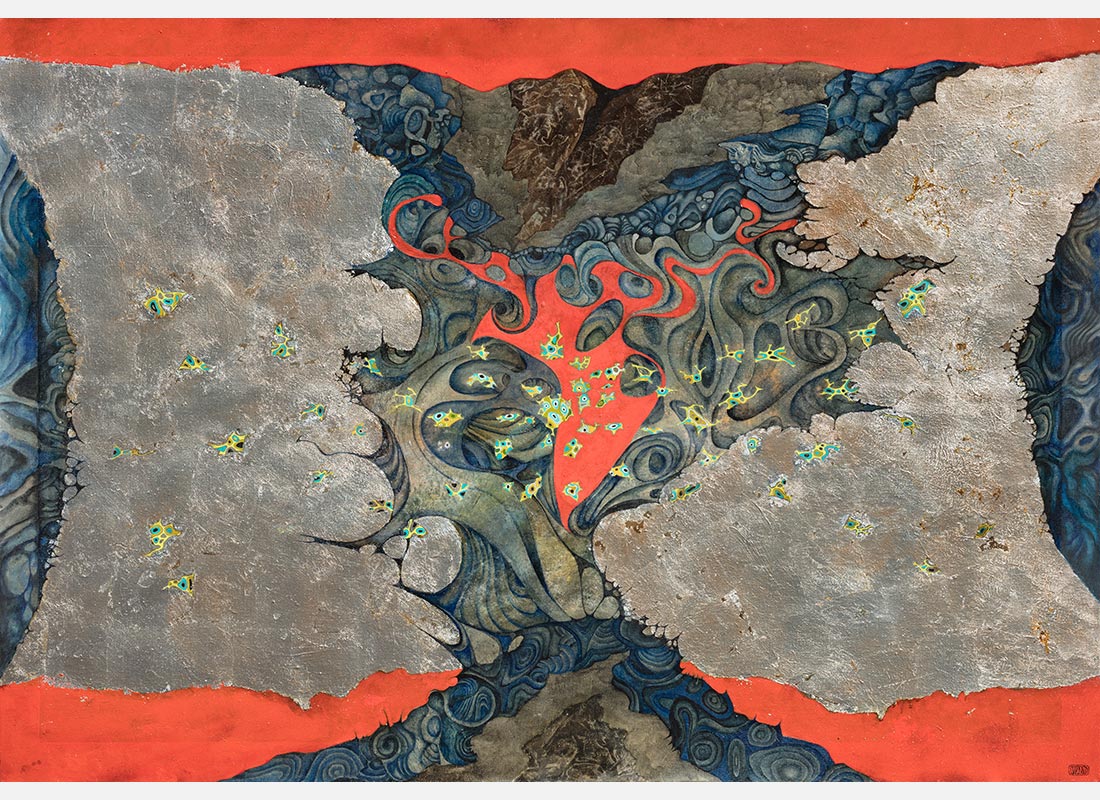 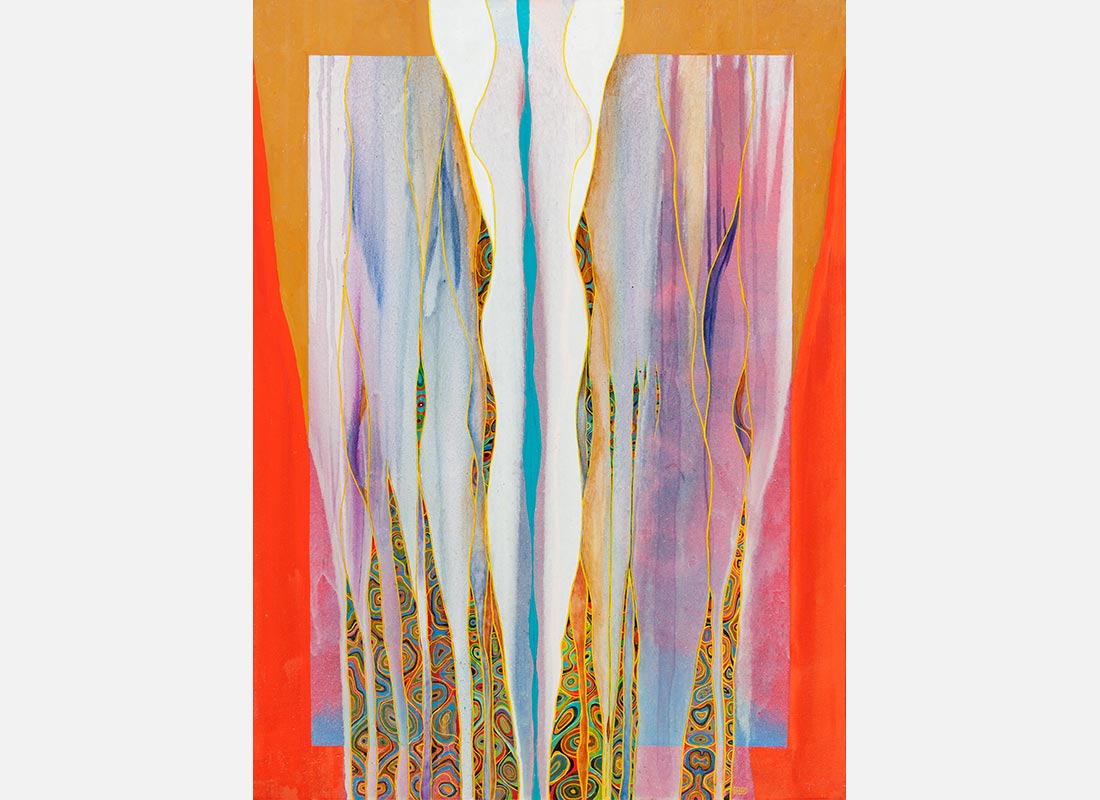 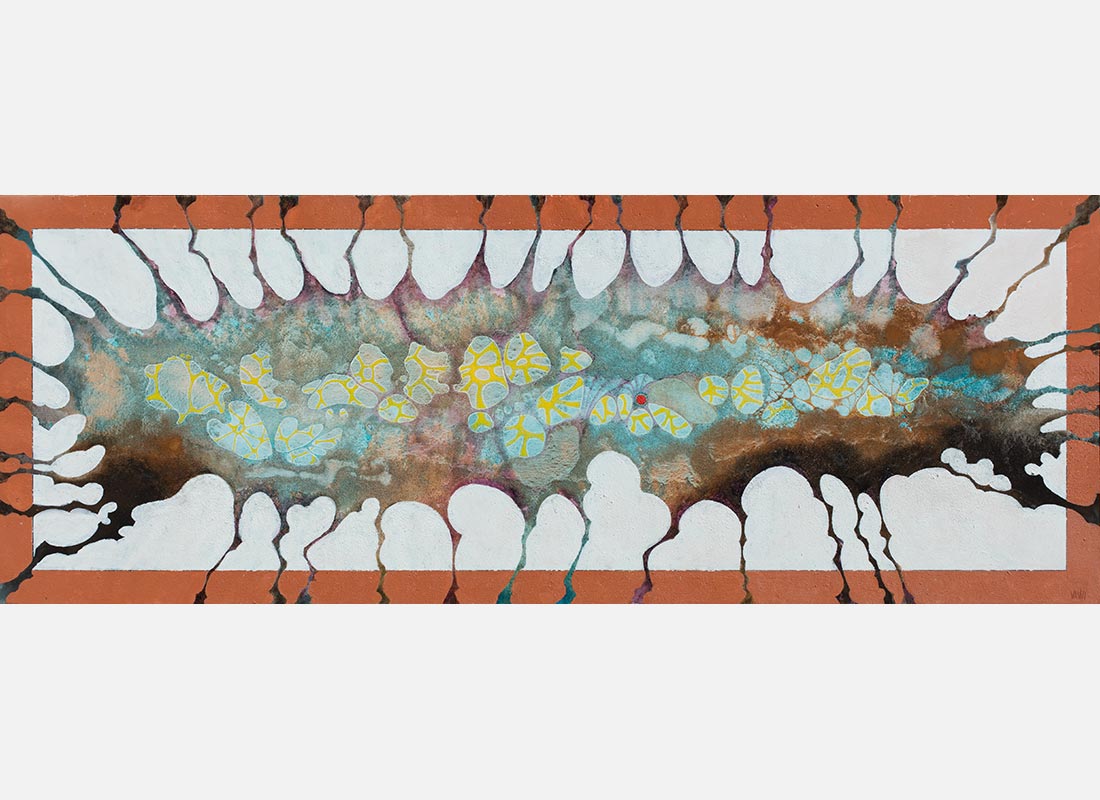 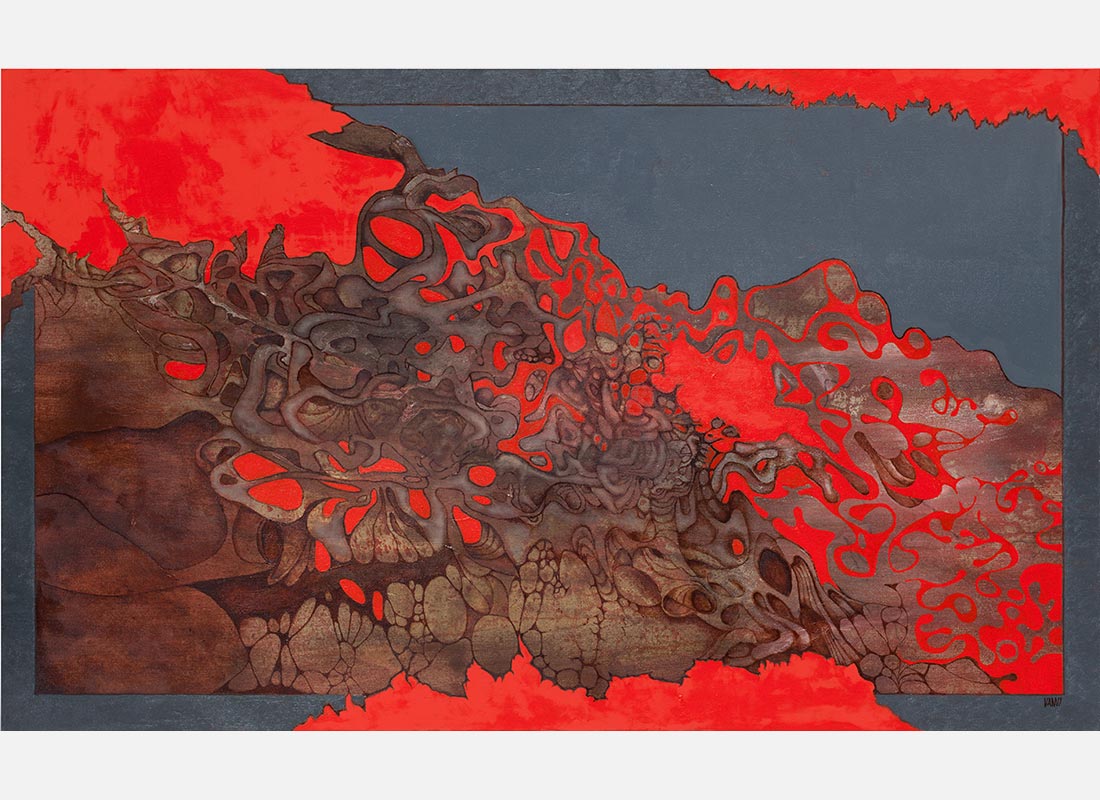 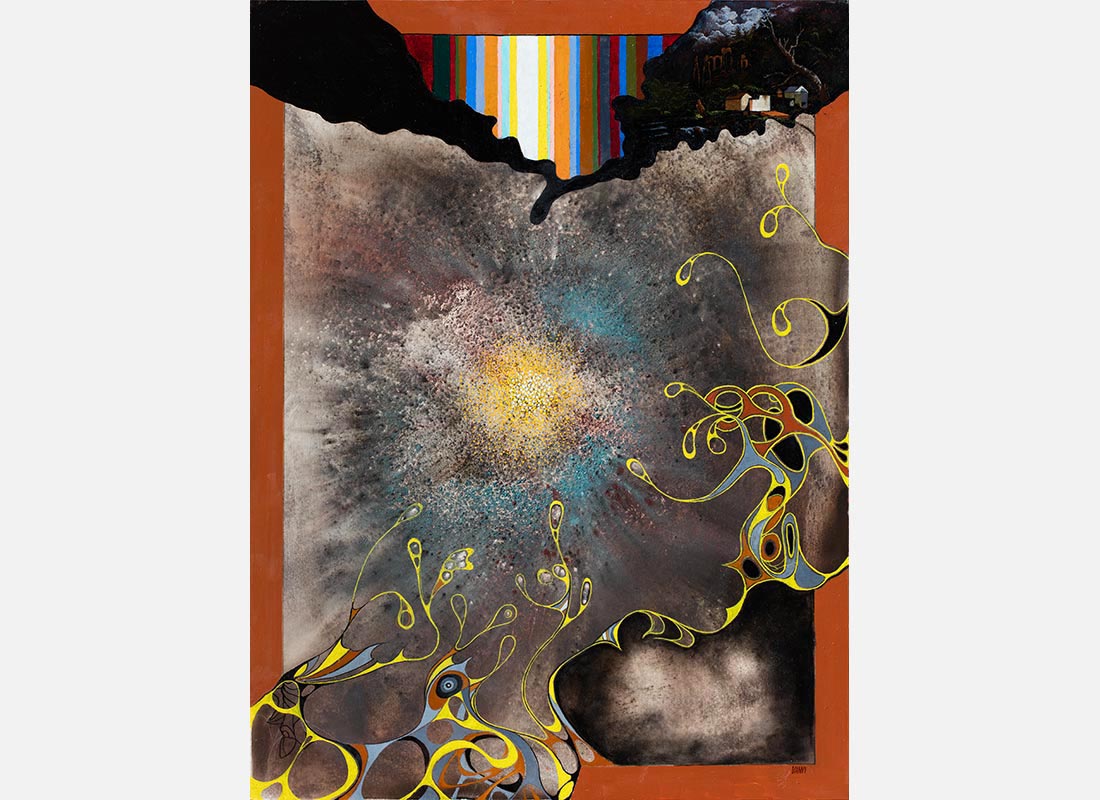 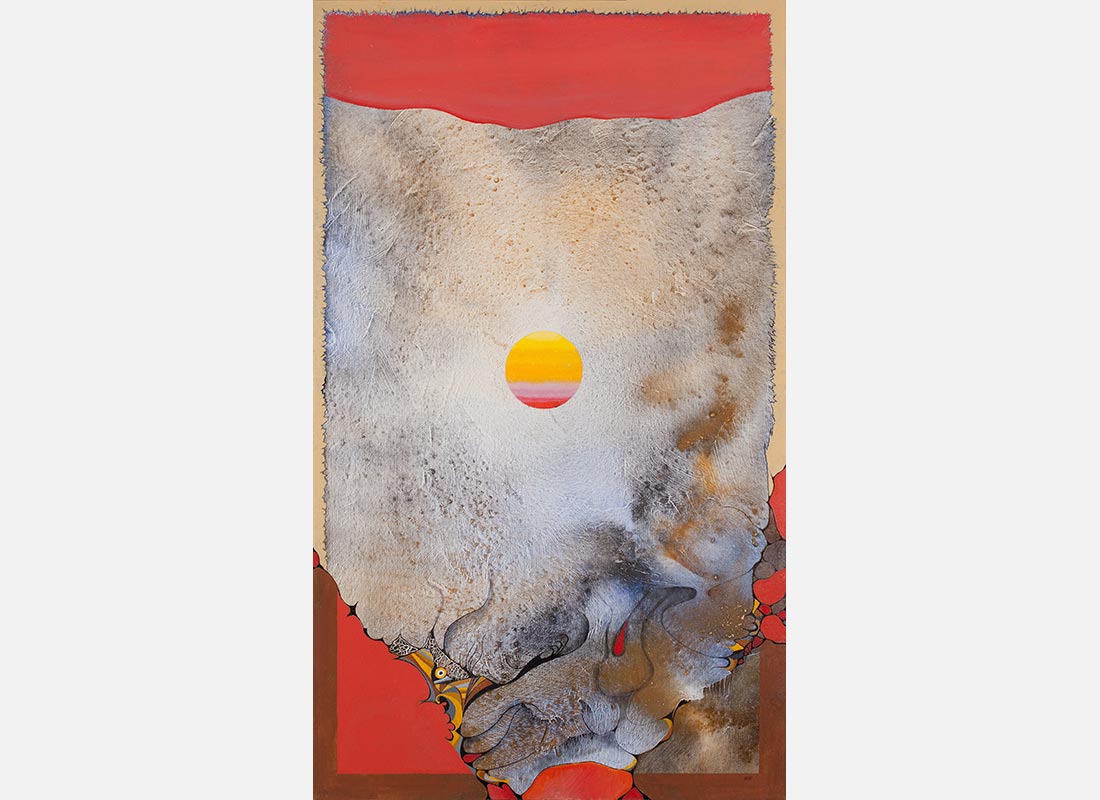 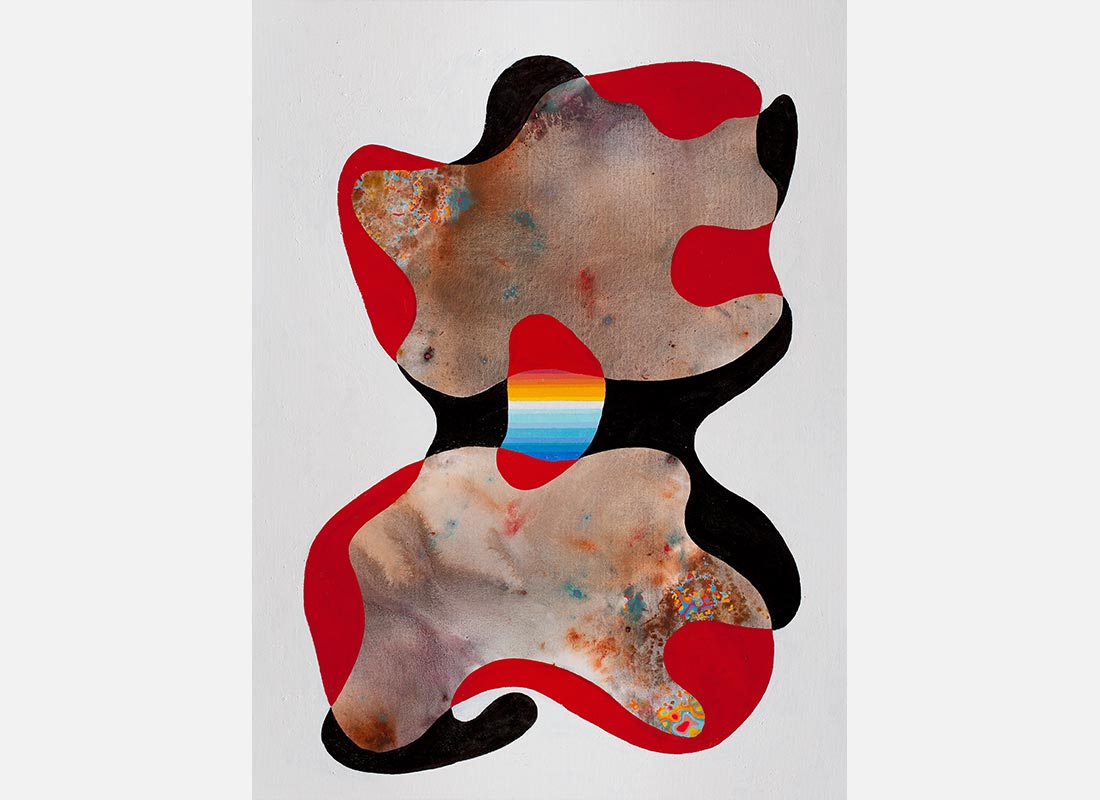 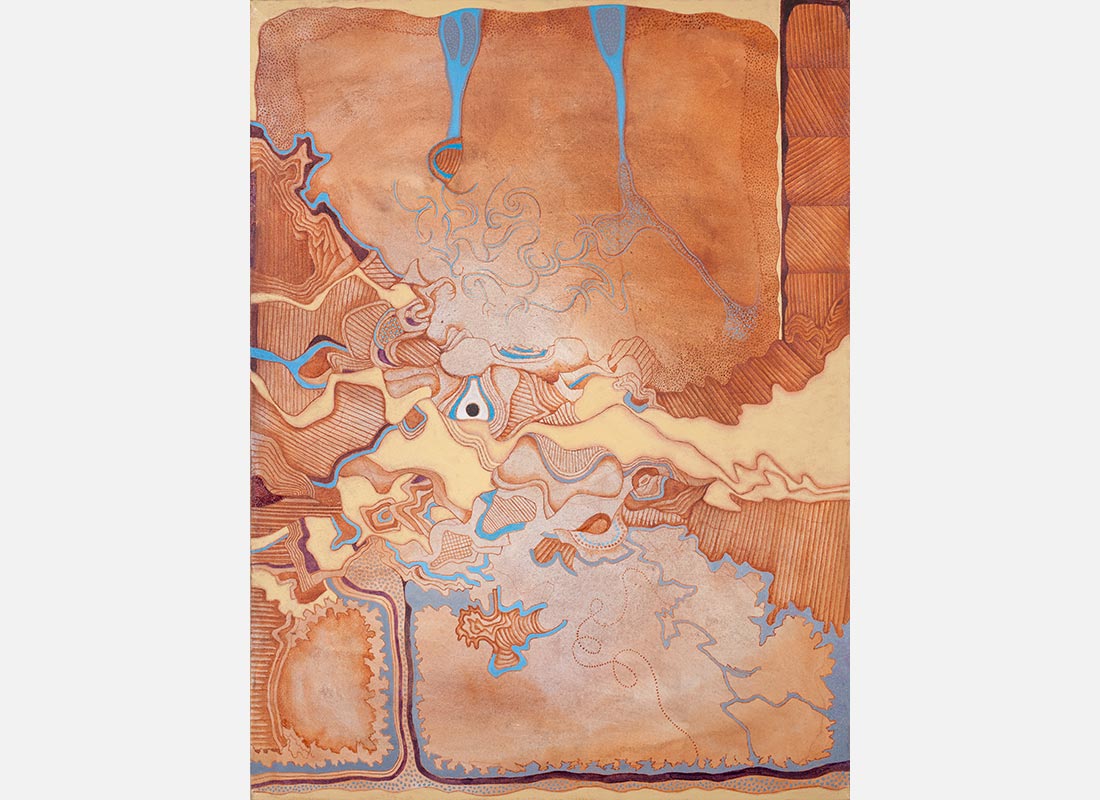 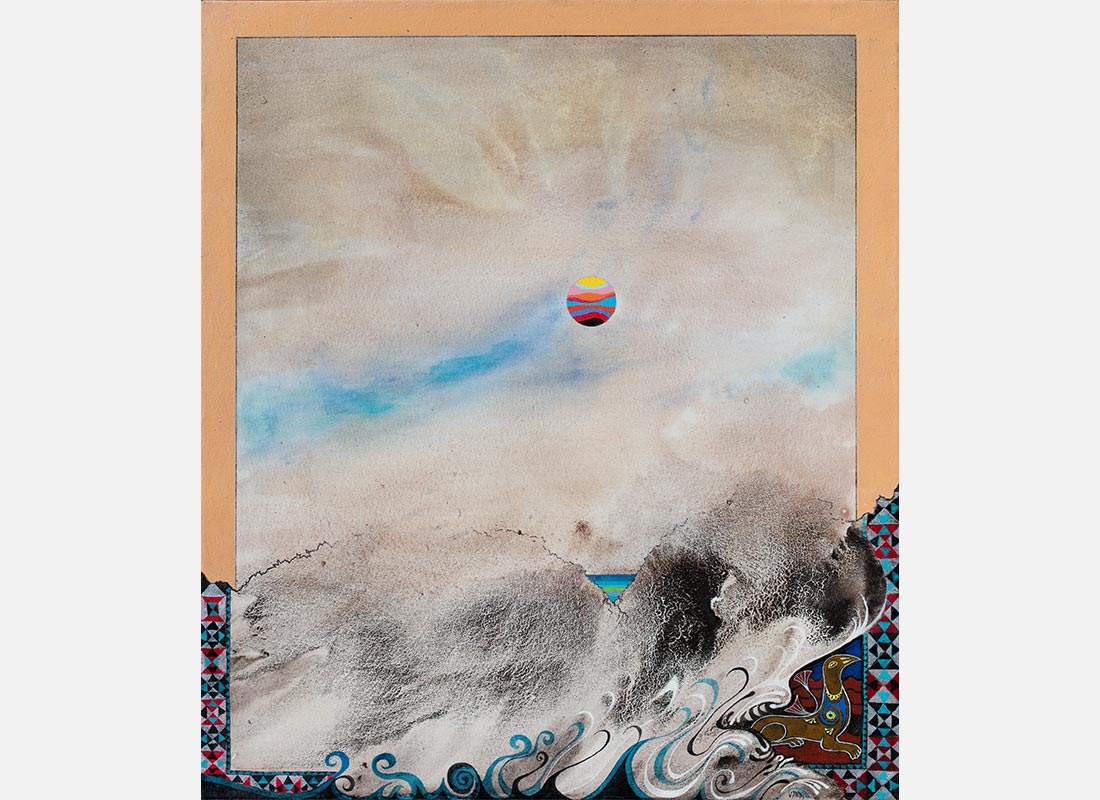 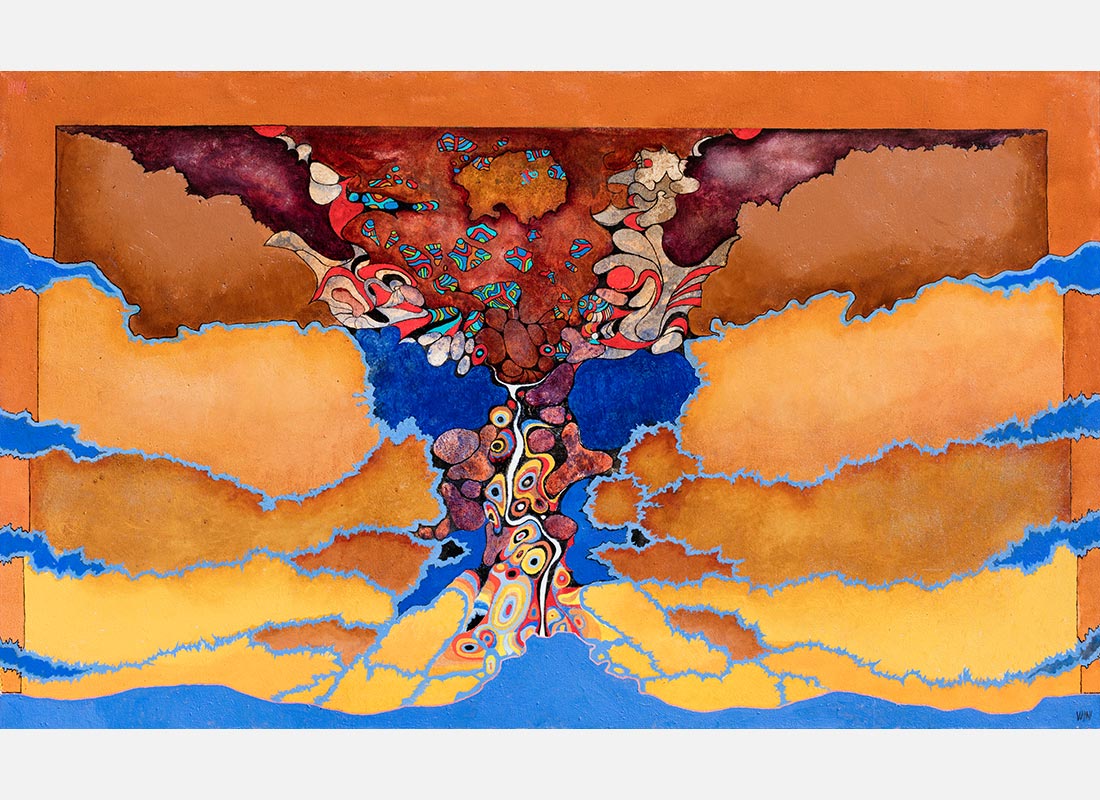 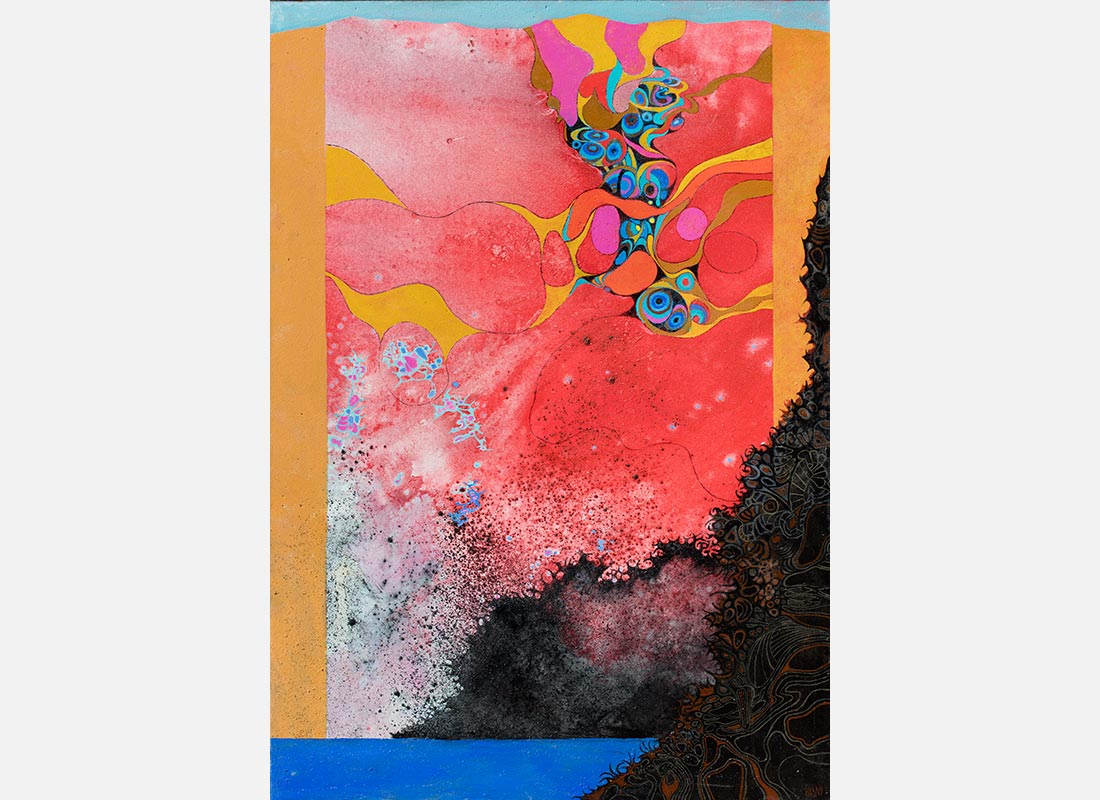 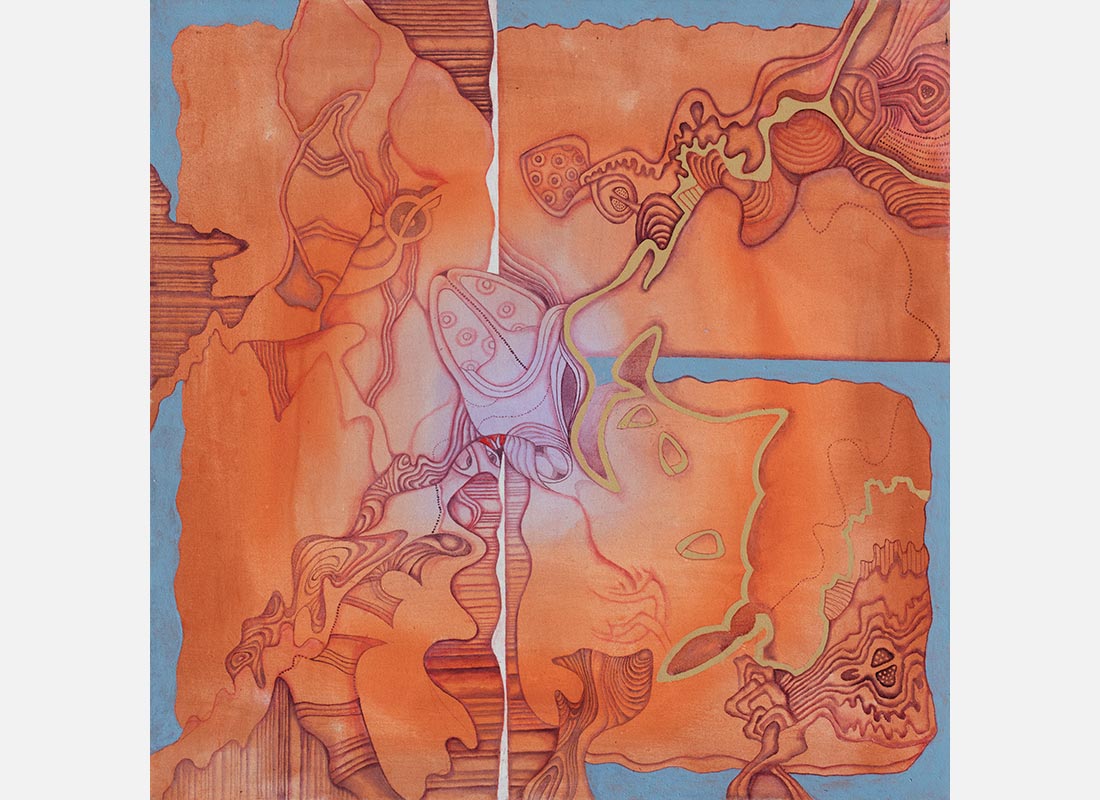 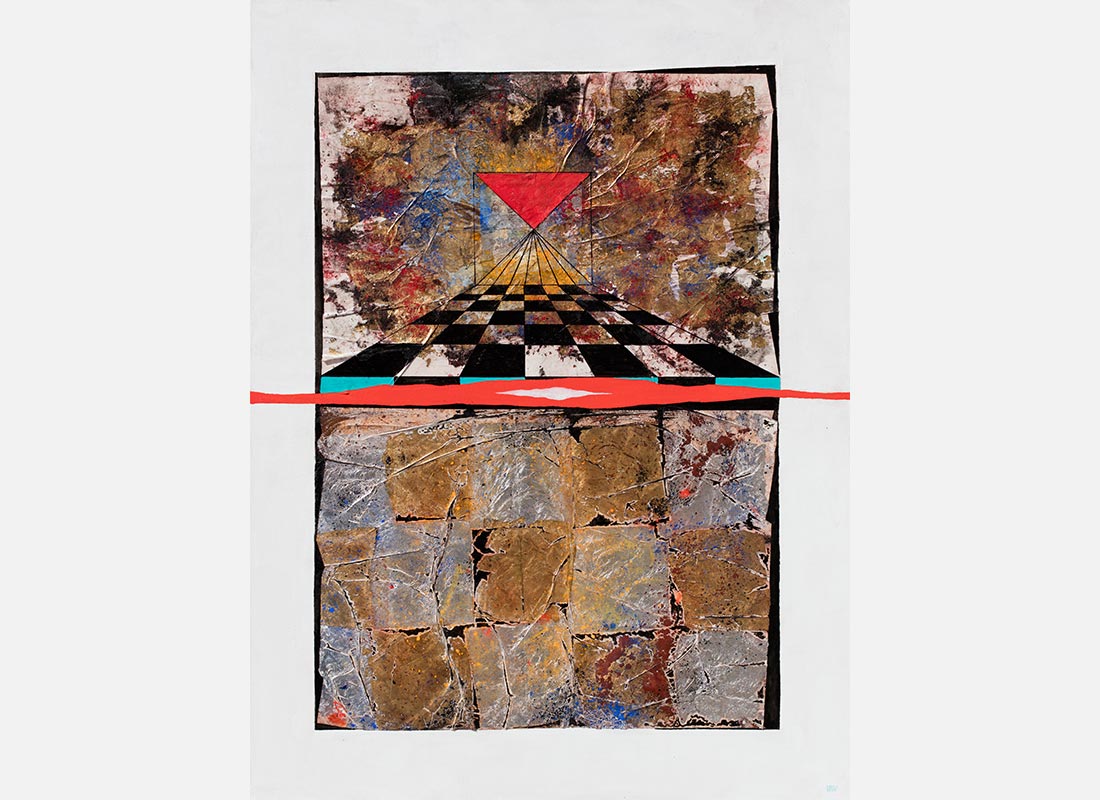 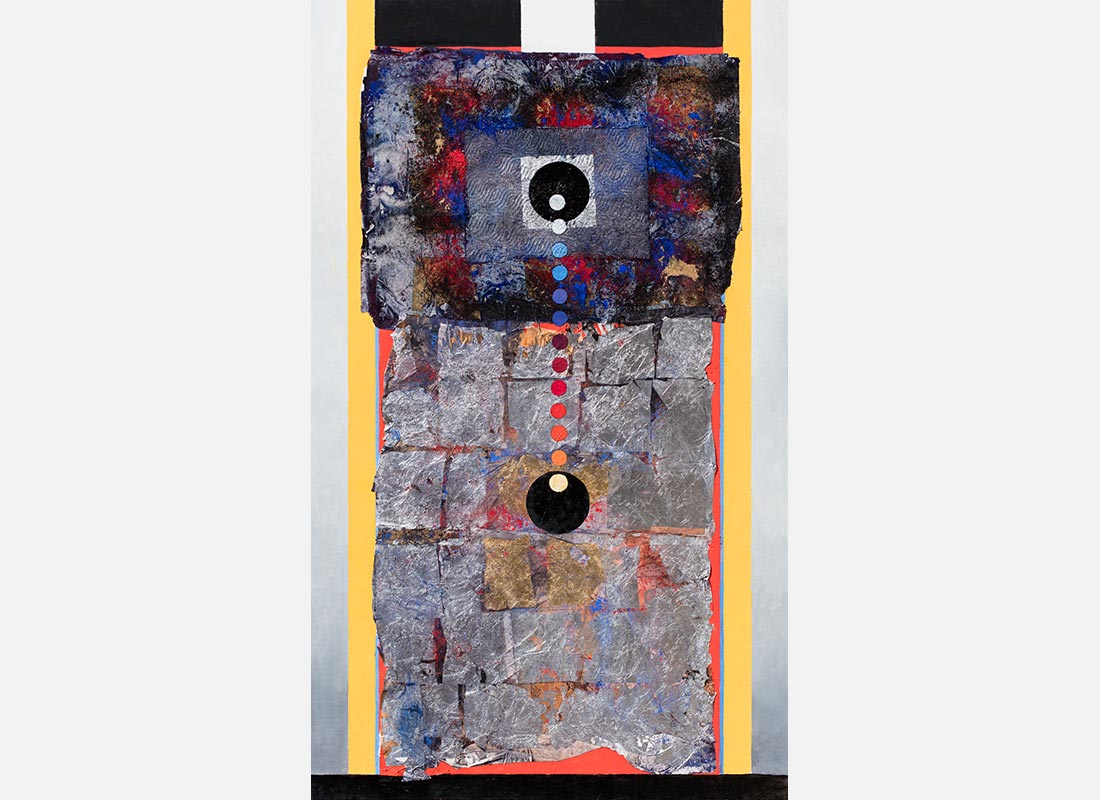 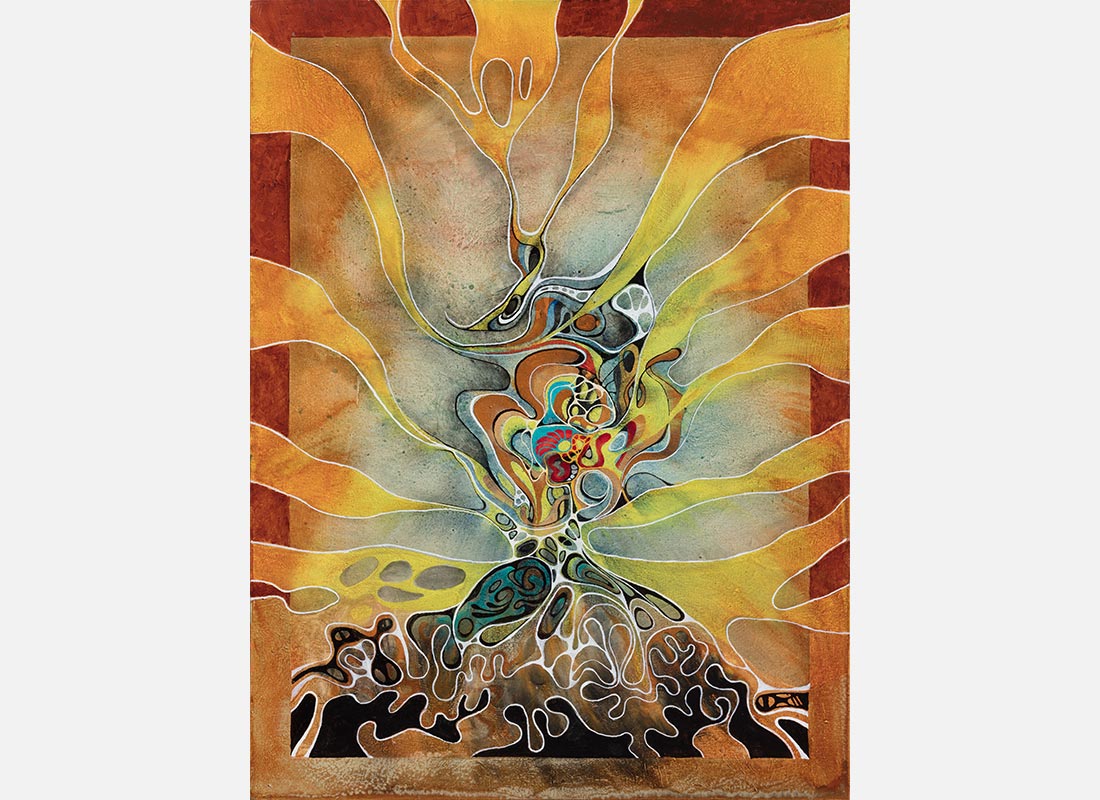 Vanni’s late works present a strong continuity with the systematic eclecticism that had become his creative mantra in the previous two decades. The only difference is that the last decade of his creative life, he manifests an increased introspection in his own world. The multicultural references are not anymore to extraneous cultures, rather to extraneous cultural element he made in other paintings. This results in works developing a unique synthesis of his whole artistic career.

Vanni kept creating new powerful works, expressing an extraordinary vitality and a vibrating creativity until literally the last month of his life: for him creating was not an option, but a necessity.

He kept New York as an observation point from which to operate. He never grew tired of the vitality of the city and the constant stimuli he got from its multicultural environment. To NY, he alternated long sojourns in his hose on the Island of Kythira, in Greece. It is interesting to note that the works he produced in Greece were not different in content from the ones he created in New York, as the world he was depicting stayed in his mind. He would be stimulated by the environment, but not directly influenced. His modus operandi sometimes produced the opposite. The frantic New York life would produce the peaceful painting one would expect to be inspired by the calm Mediterranean Sea he could see from his porch in Greece. Sometimes it was yet the opposite, unexpected for us, but coherent with his creative process.

We witness a deep introspection into his creative world. All the themes he developed before, sometime whispered, now erupt as to test the limits of their expressive potential. It is almost as if there is an acceleration of his creativity, almost an attempt to paint every option of his creative world. As if he was trying to establish the frontiers of where his imagination reached and the imagination of someone else begun.

The dialogue between intellect and texture is pushed to its limit in the series of paintings from 2015 where the metallic leaf is folded into paint to express material that is almost in decay, but the general composition is ruled by a strong perspective grid that contrasts with the freedom of the texture.
On the series of Lacquers he starts by painting on a panel and then pouring one layer of resin on the painting, to paint on it new forms that now seems to be suspended and dance on the background. In the series of Spelea he paints on a wavy surface as if the background now has been crumpled, pulled out, or pushed in, in contrast or in coordination with the texture. Then again, he takes two of the Spelea and he assembles them, pouring on the surface a plastic foam that grows creating cavernous spaces in baroque exuberance calling it indeed Trash in Baroque Style.

He reworks on several paintings always adding more as if he wants to see how much more he can add to increase the original creative statement. We can witness this in Eye Wall where he covers the ambiguous planes in gold and silver leaf and only the unsettling eye of Horus remains, piercing though the gold. Or in Across Mountains and Valleys where the joyful flight of yellow fragments in front of a hilly landscape becomes Phantasmagoria where the original contraction of the space is pushed back by a gleaming silver leaf, in turn disrupted by feisty red and blue biomorphic growth. Or Aurora, with its peaceful vertical landscape immersed in a late afternoon light, that gets disrupted by red fields, trompe l’oeil rendering culminating in a sunset sun that seems to jump out of the canvas. Or, finally, Stability Among Changes, becoming World Changes, Animals Still Fight were the former structure is enriched with concentric forms to bring out the most spectacular effect.

The landscapes of the mind continue, almost an attempt to paint every single landscape he still has in his mind. As if he didn’t paint them, a part of his world would be lost forever. In these landscapes, the round disc, moon, sun, or just a circle, surfaces in a many different manifestations and it is really interesting that it is also present in his last three temperas.

It is interesting to know that Vanni had always manifested a deep interest in the late works of Picasso. Sometimes he would say that he did not understand why some people view the late works of Picasso as minor works. For him it was evident that Picasso was looking into himself making a research just about his own work. As if at that point he really didn't care about anything else than expressing something that was completely interior to him. In a similar way we can say that Vanni in this period looks into himself: the references are to his own world more than the outside world. Therefore, in these late paintings we have some of the most touching images of his world.