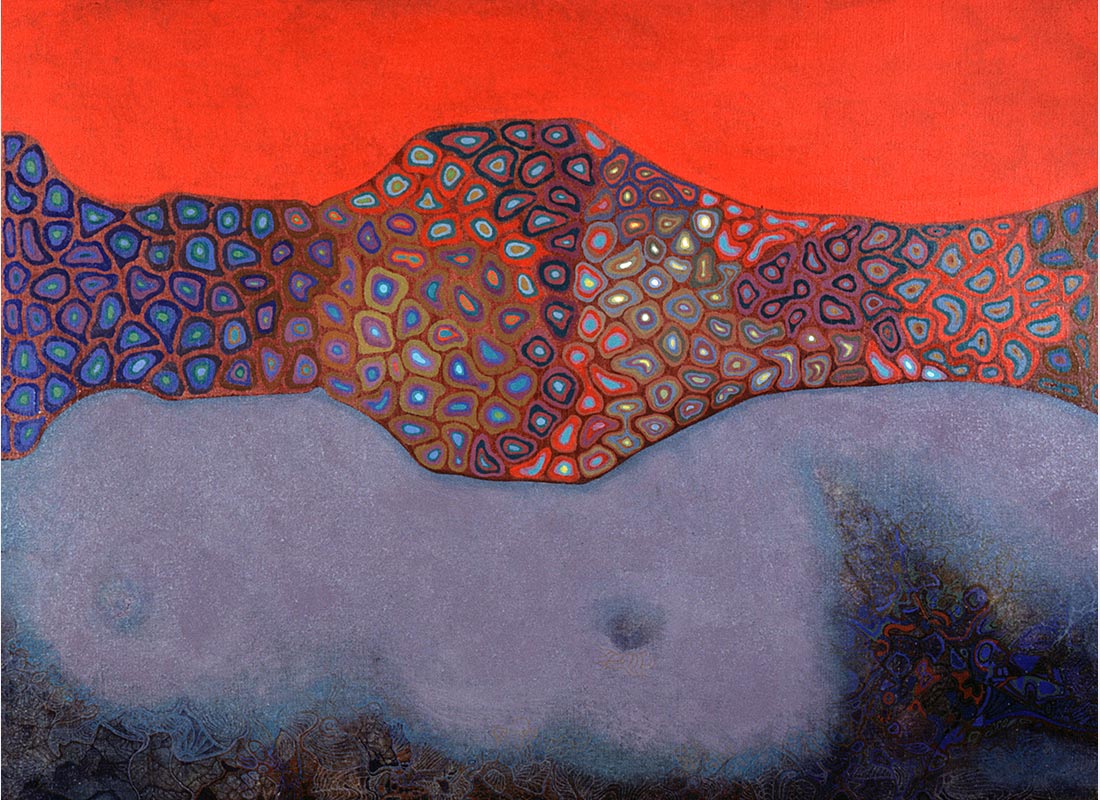 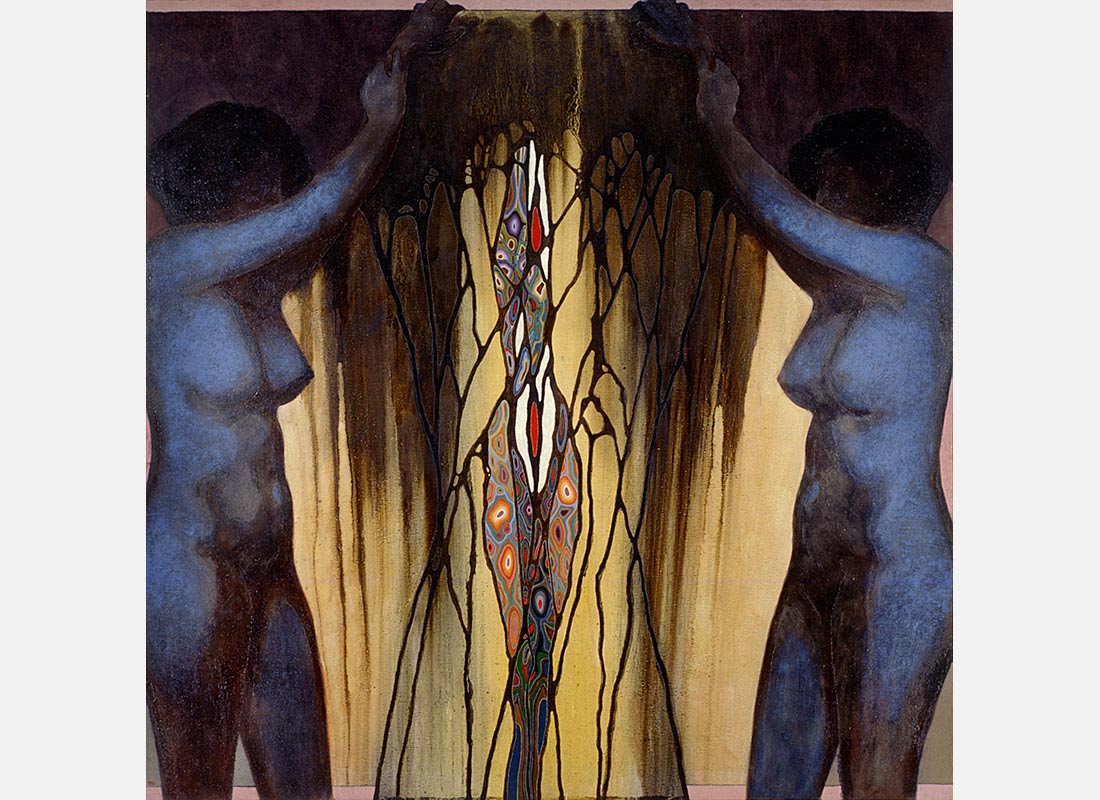 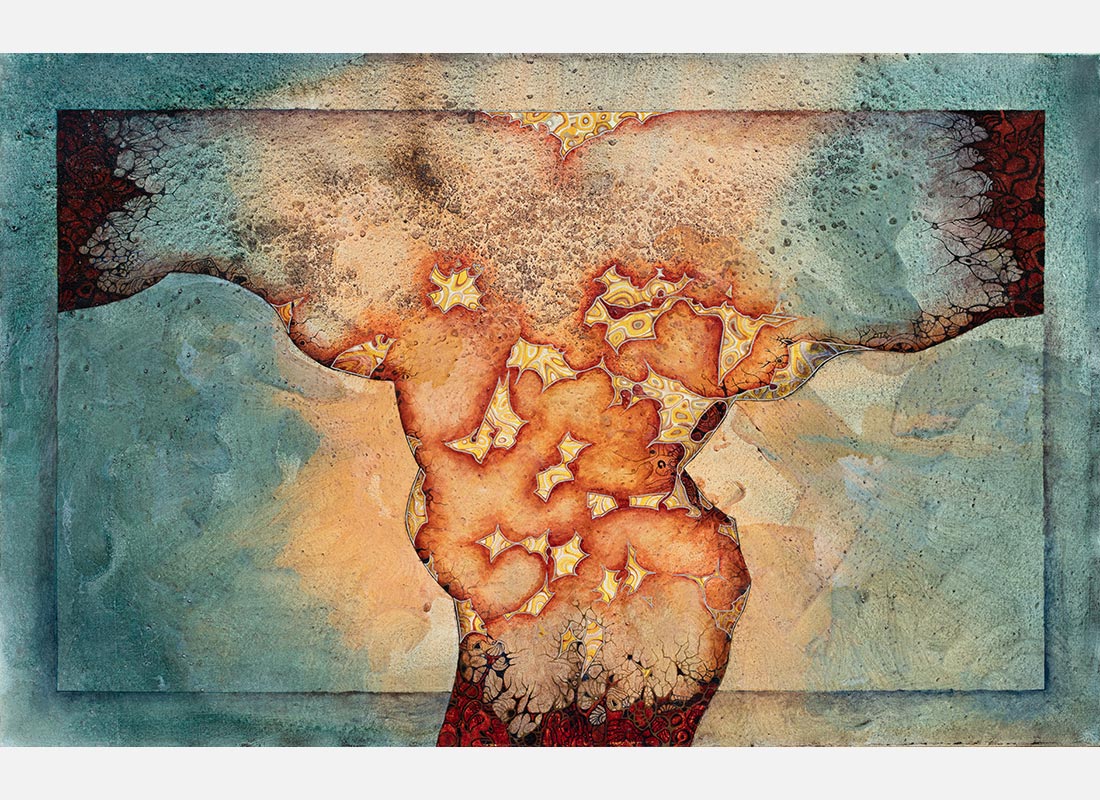 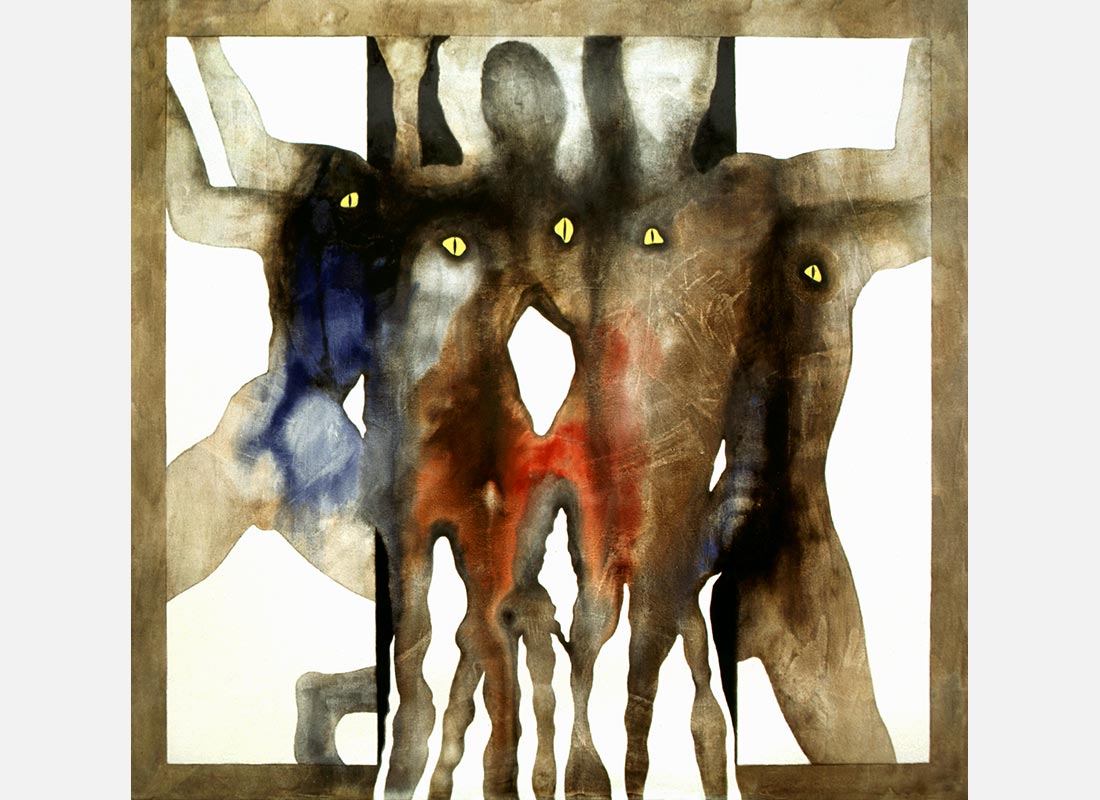 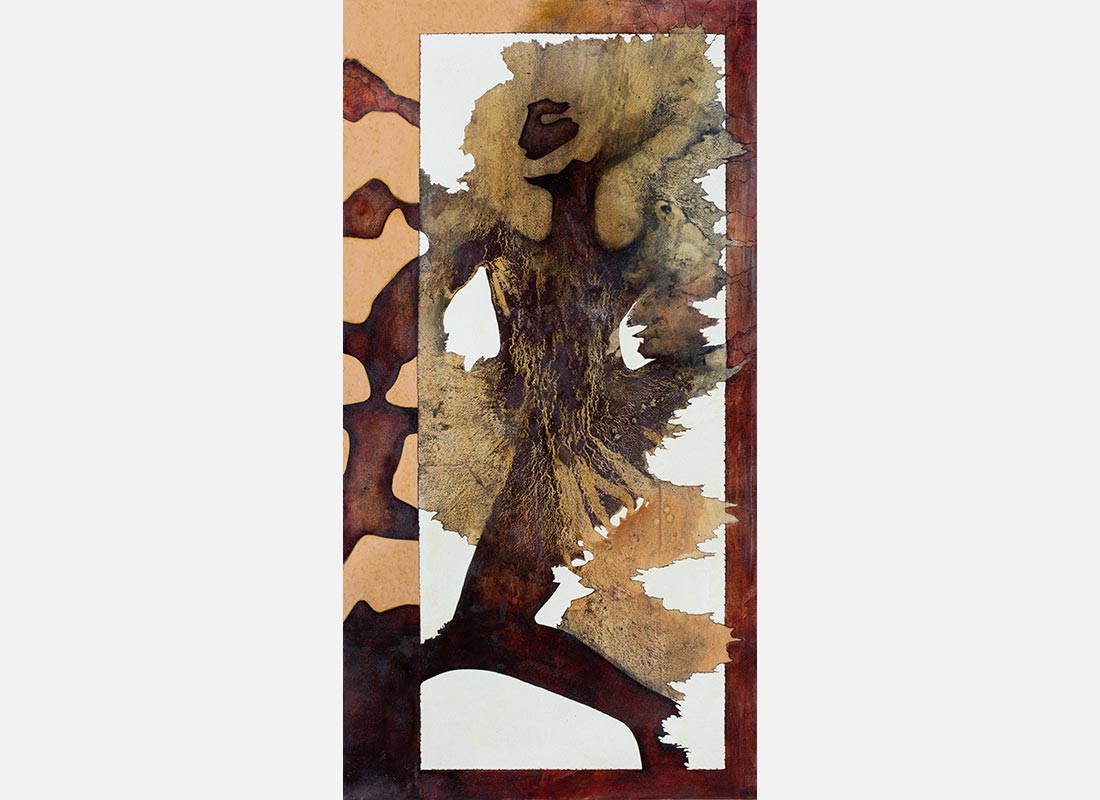 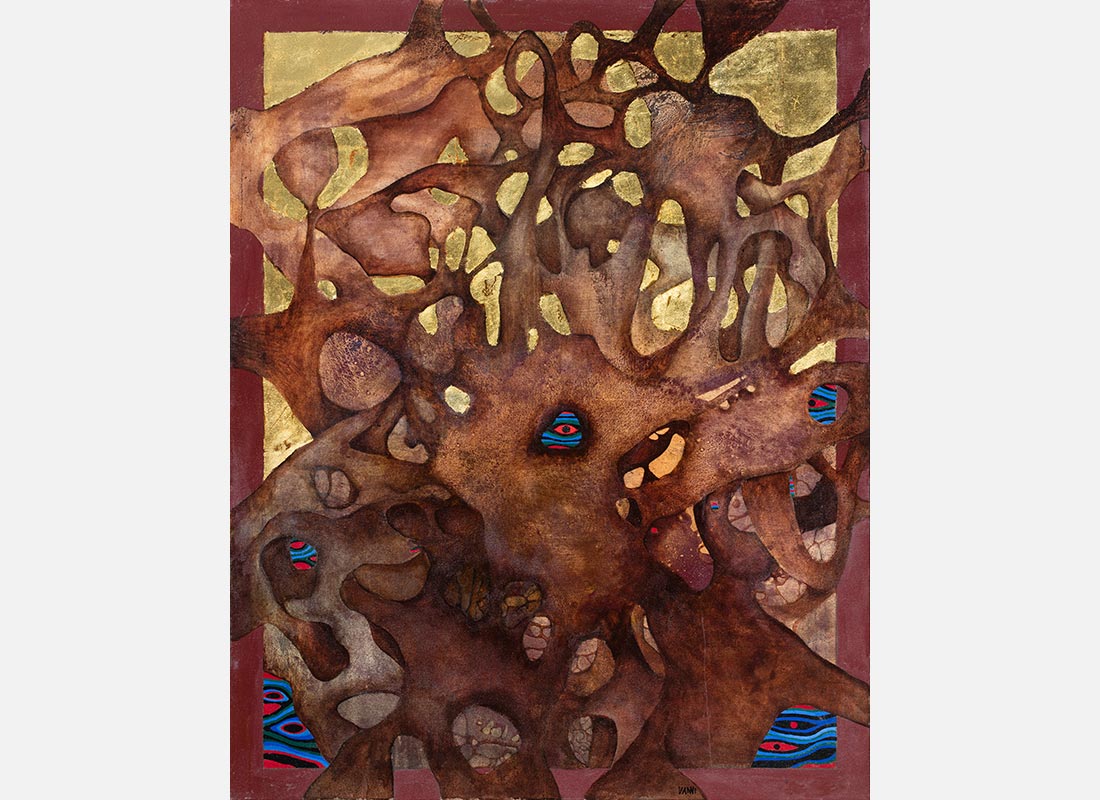 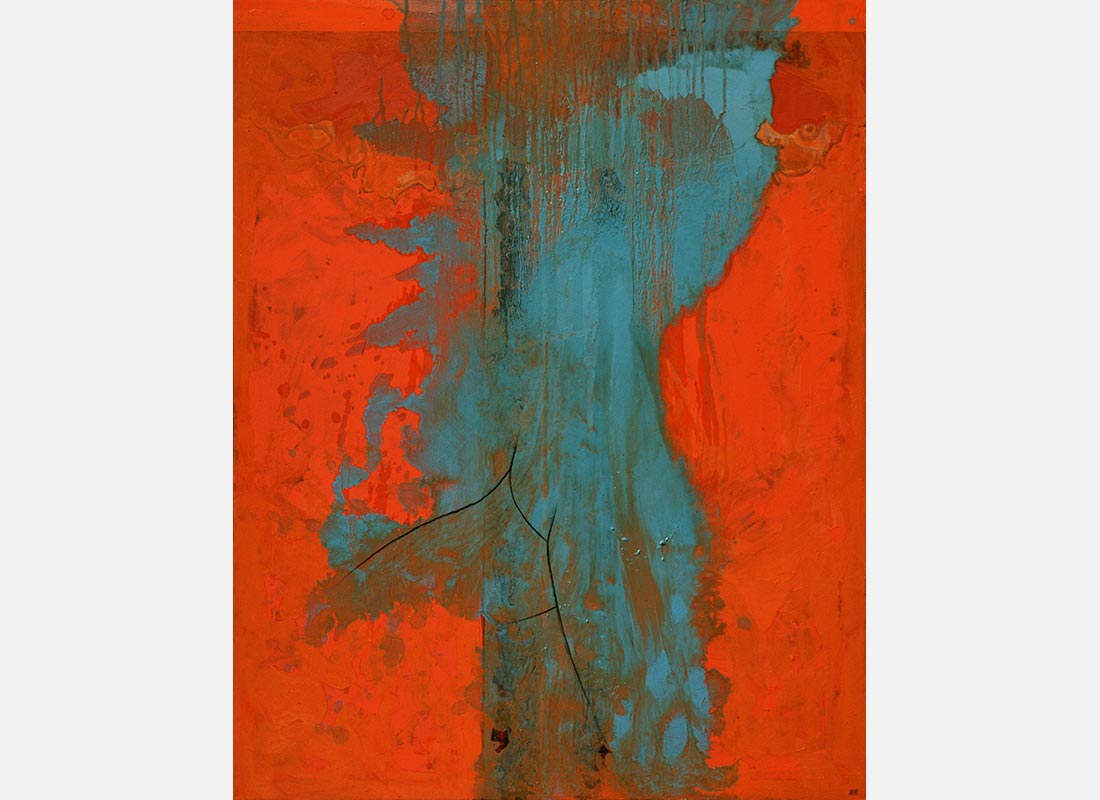 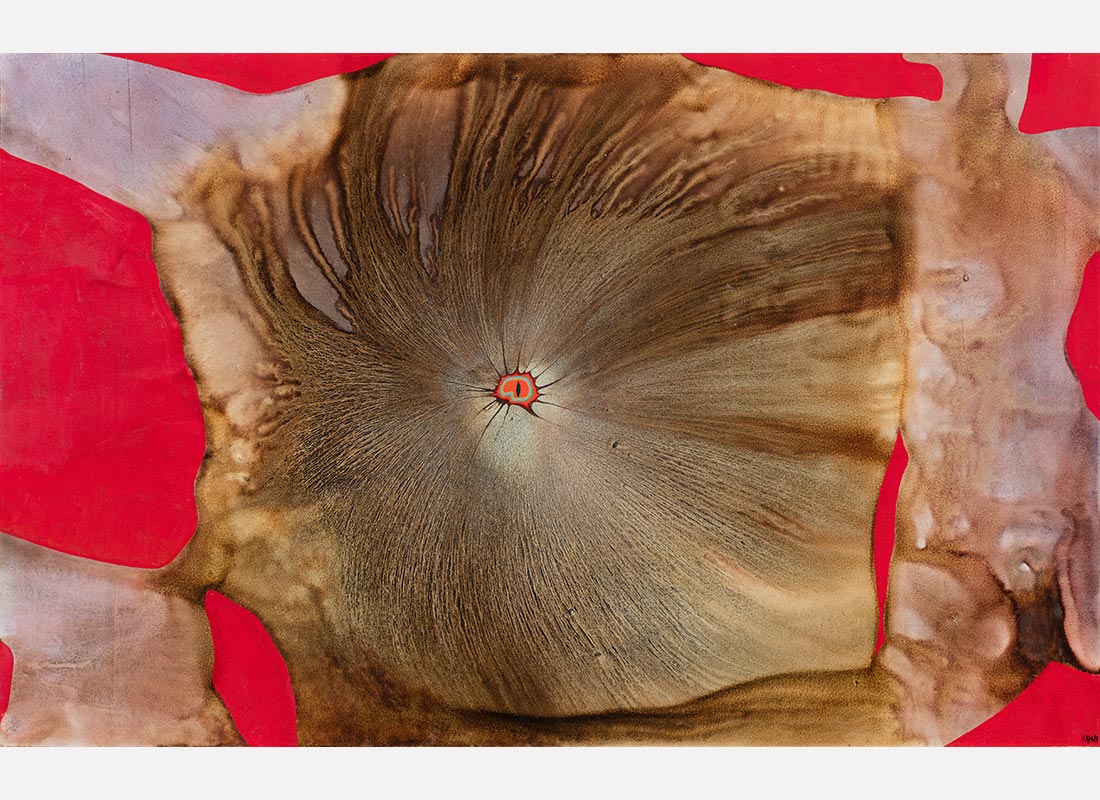 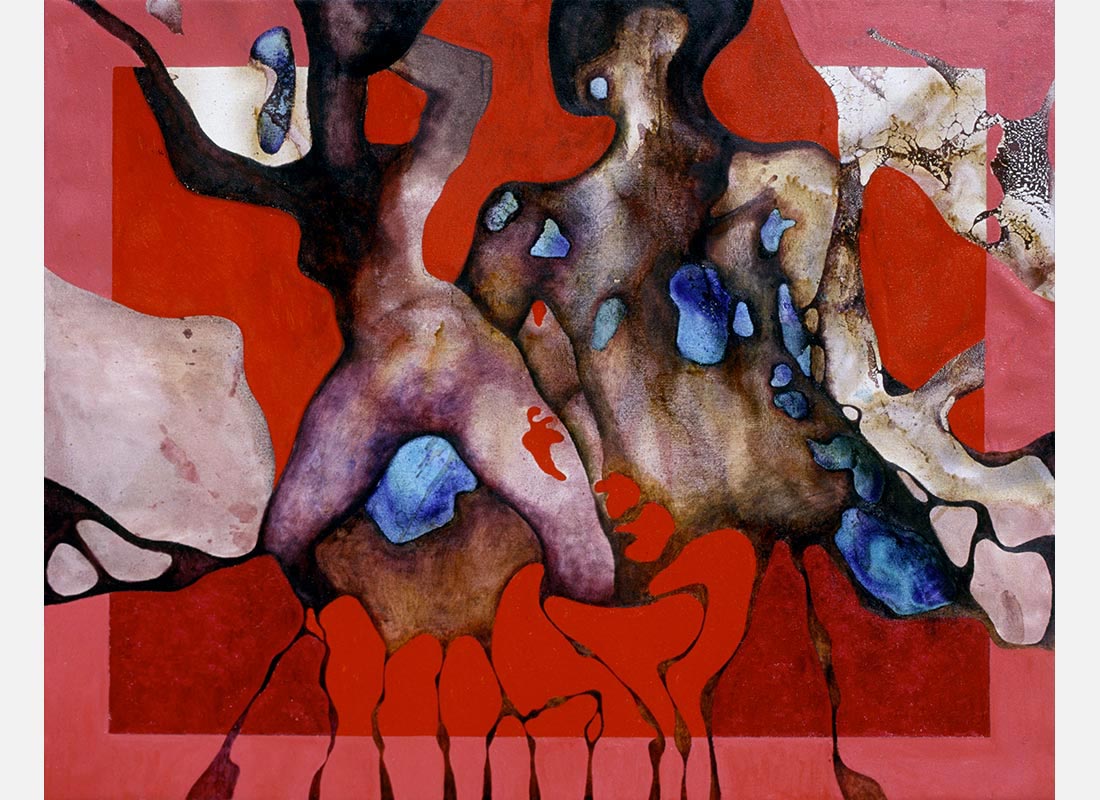 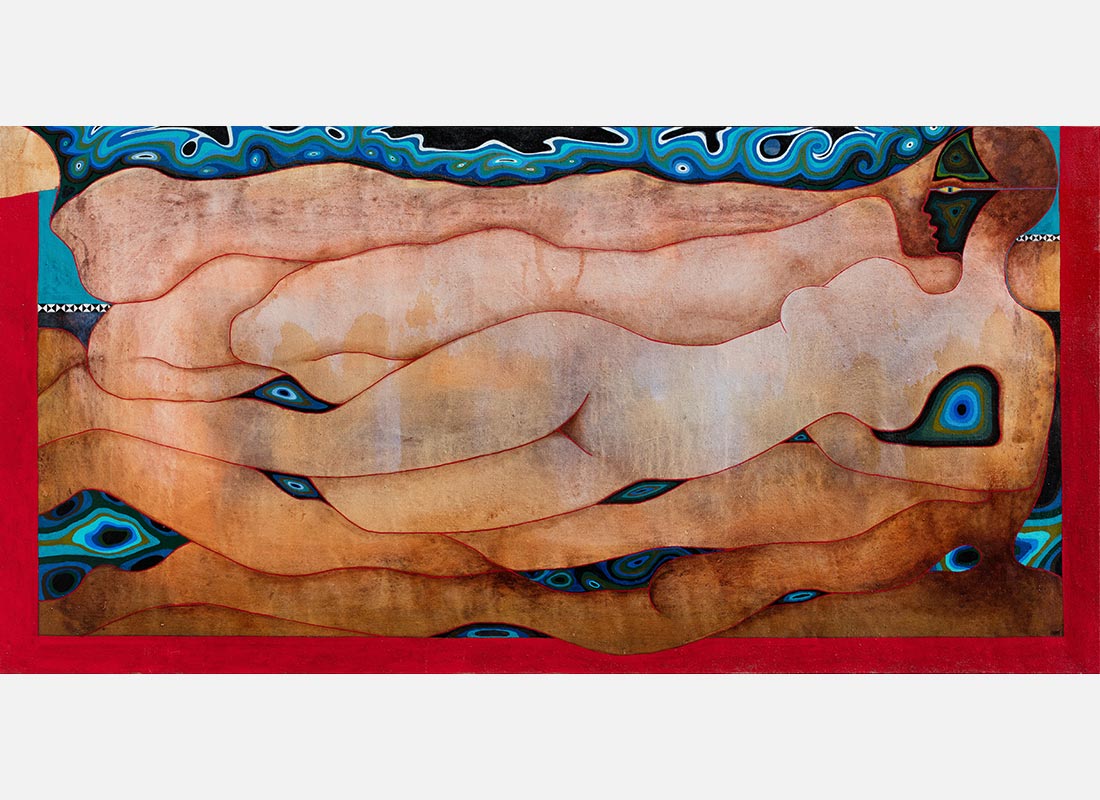 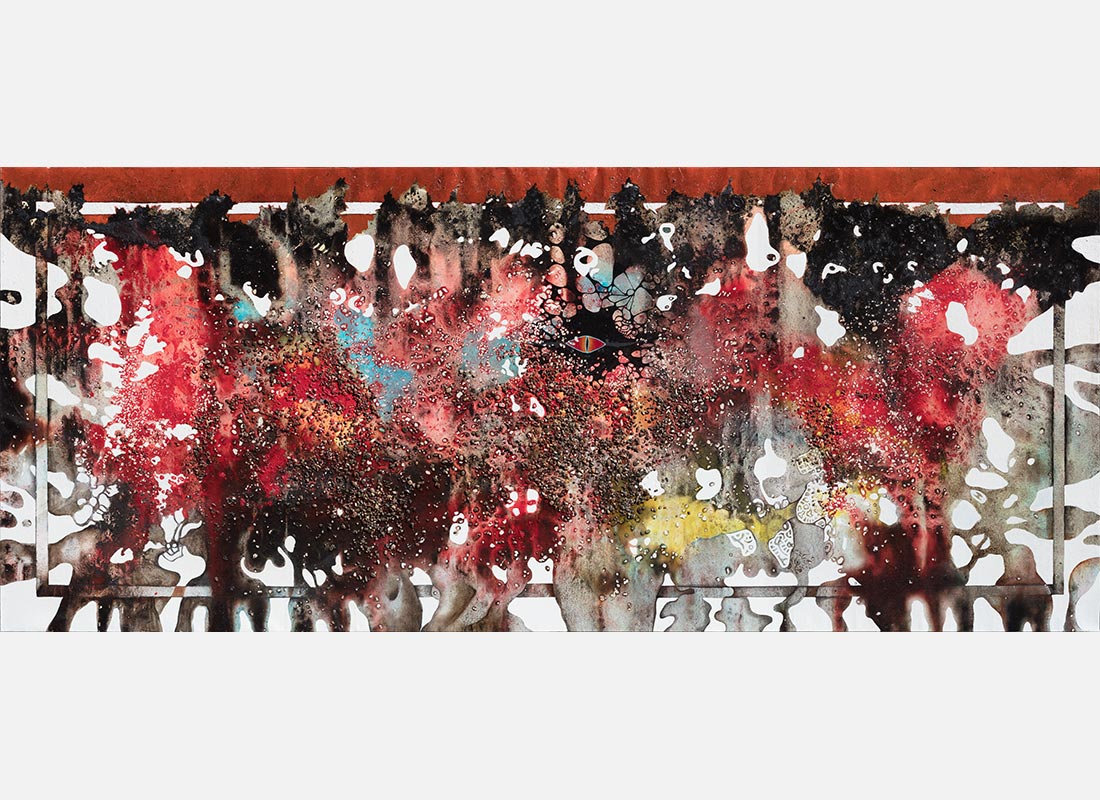 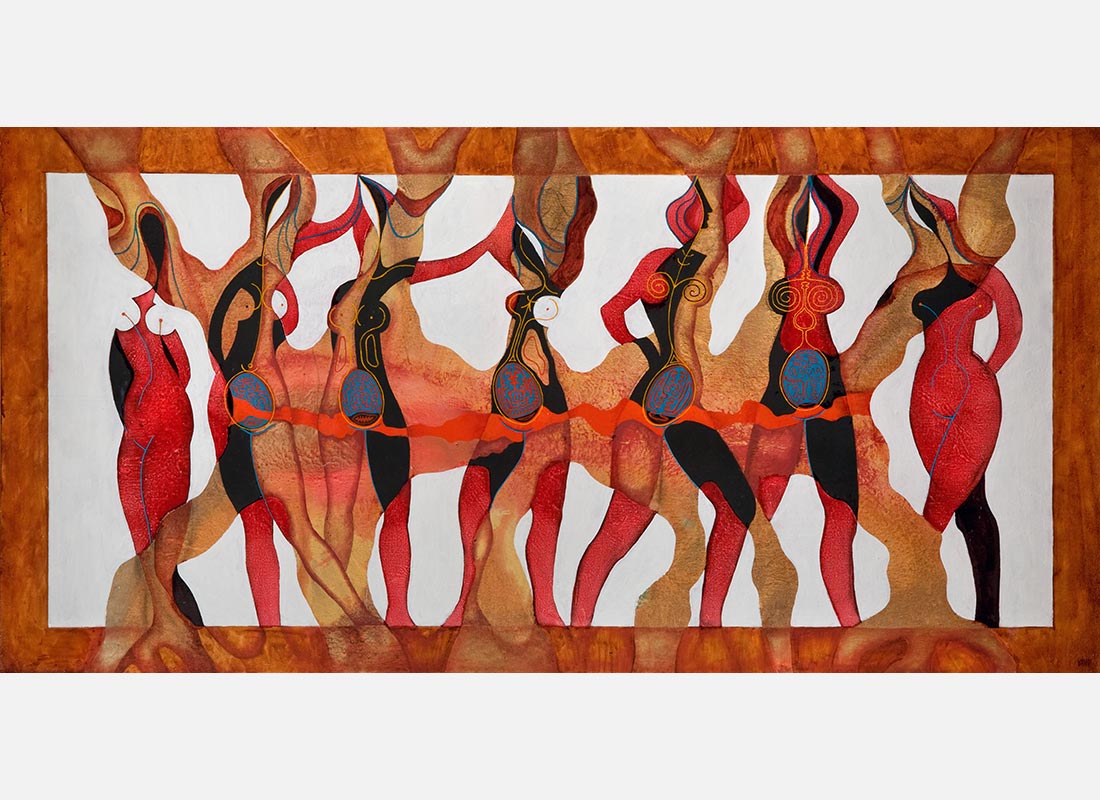 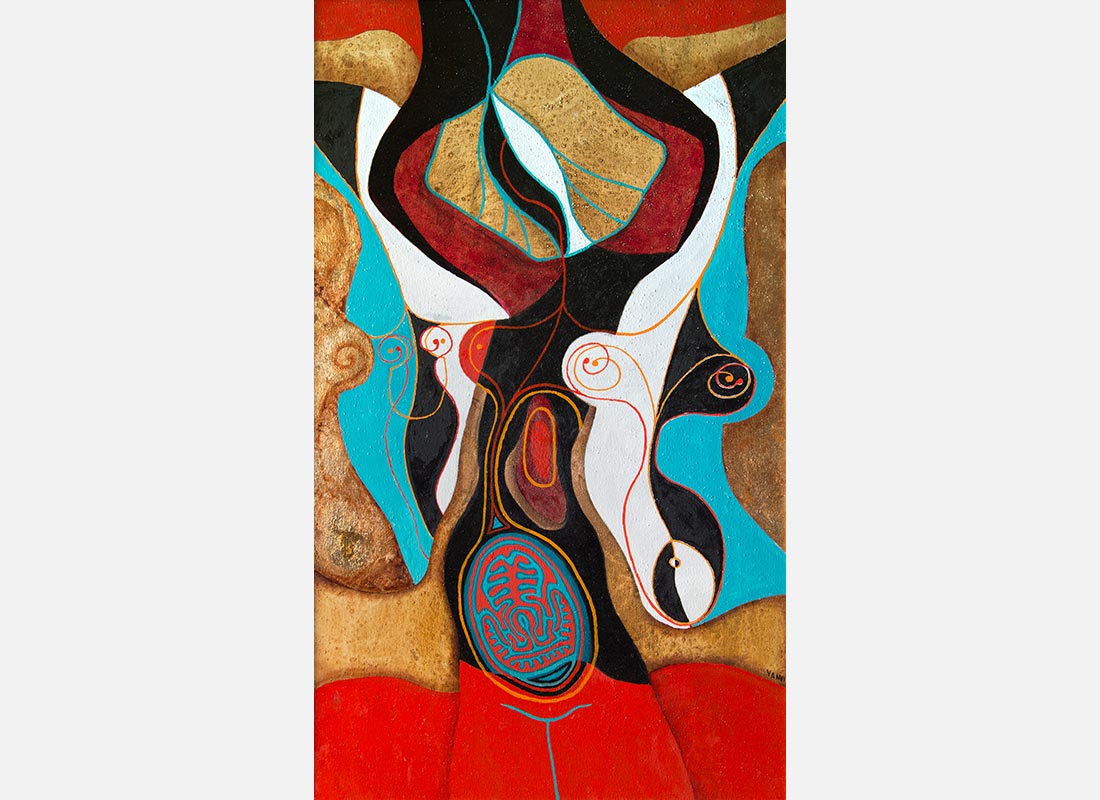 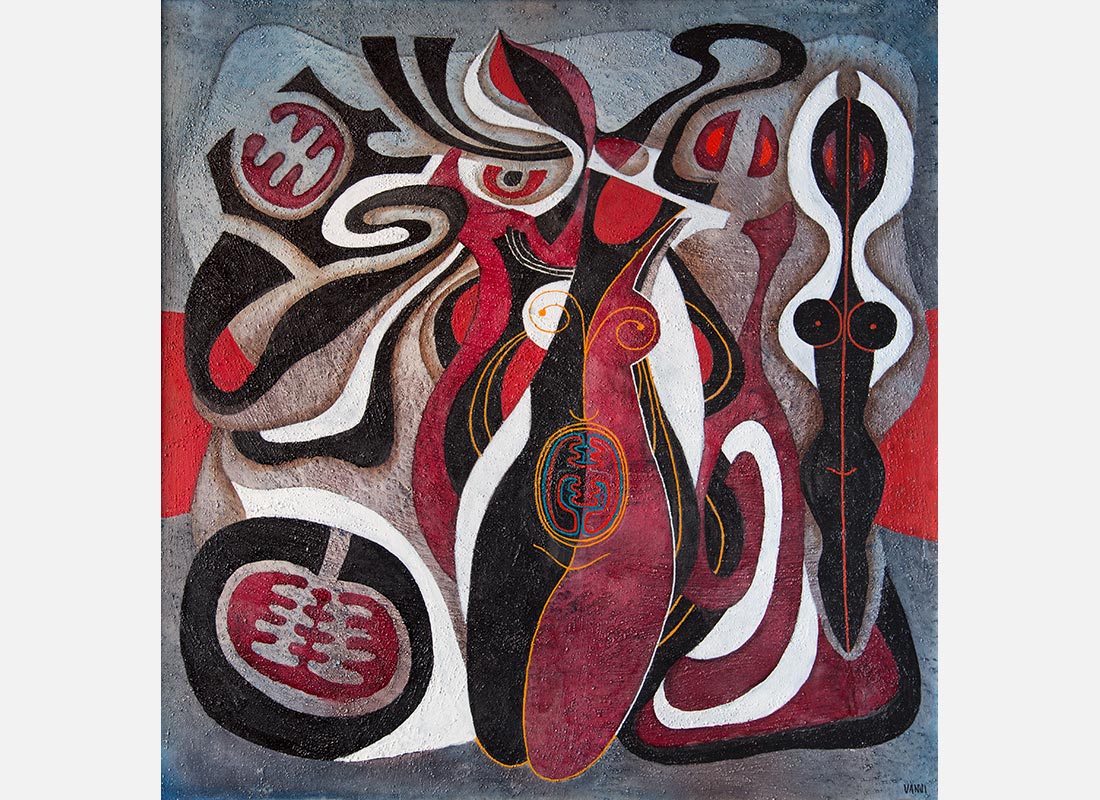 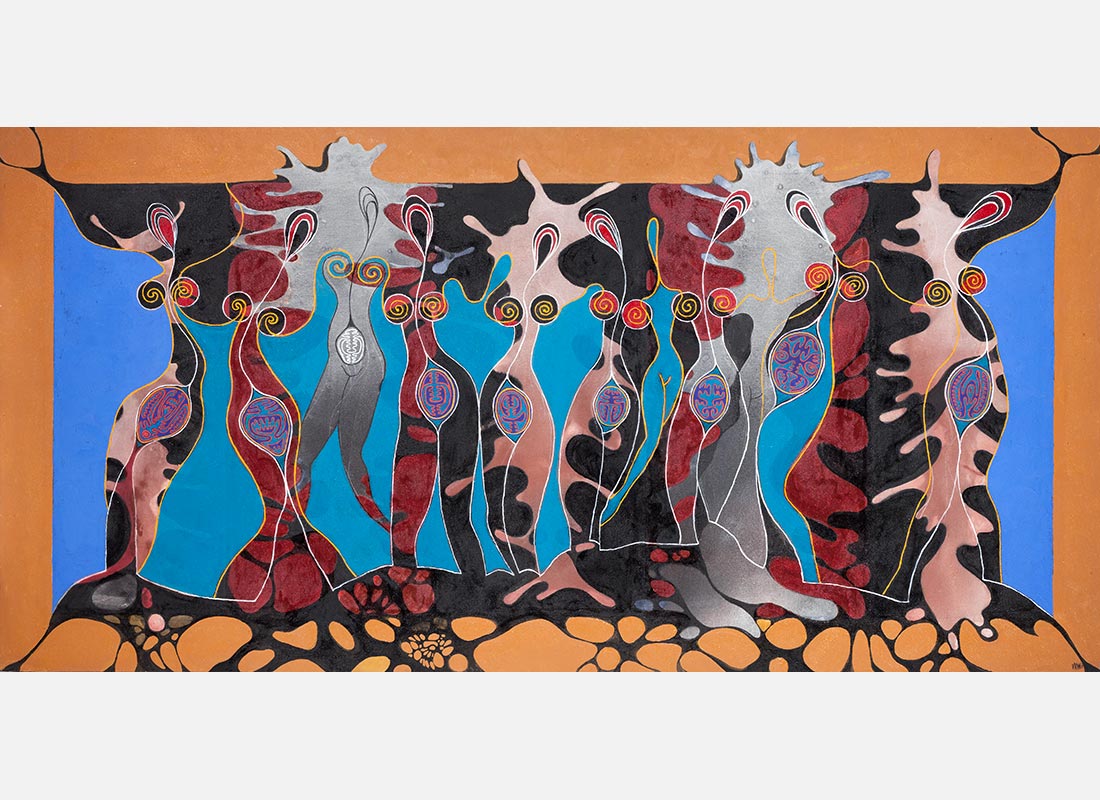 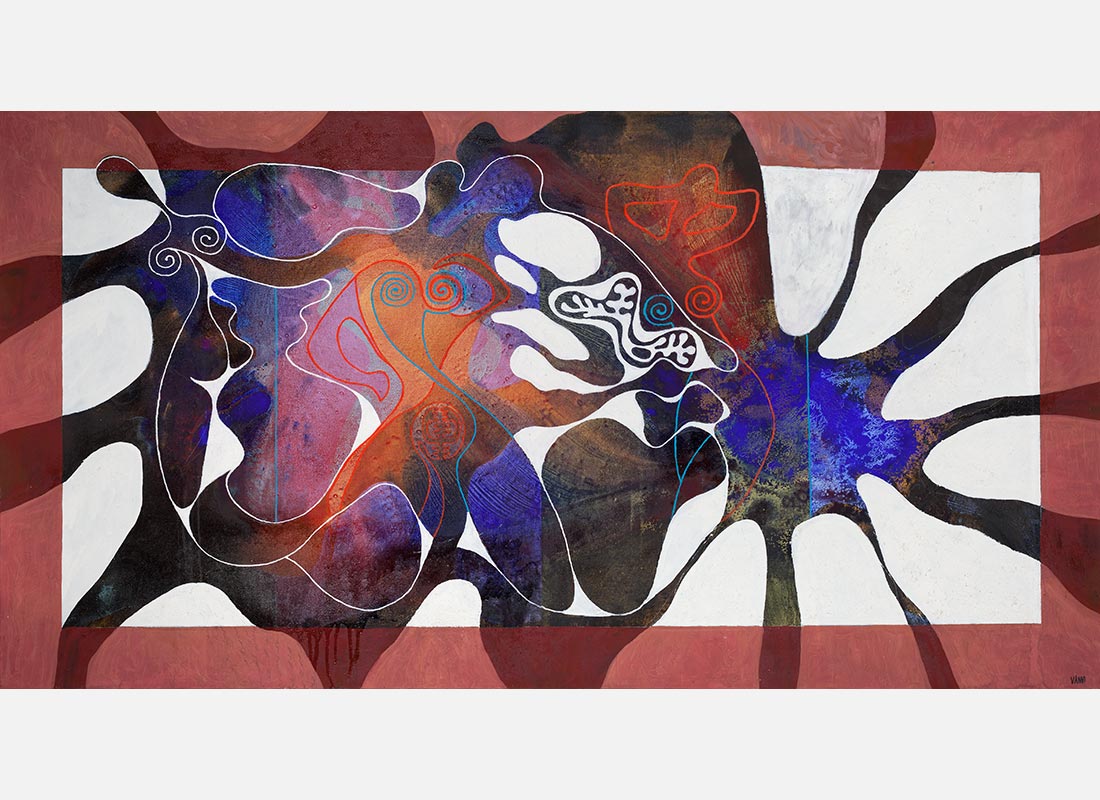 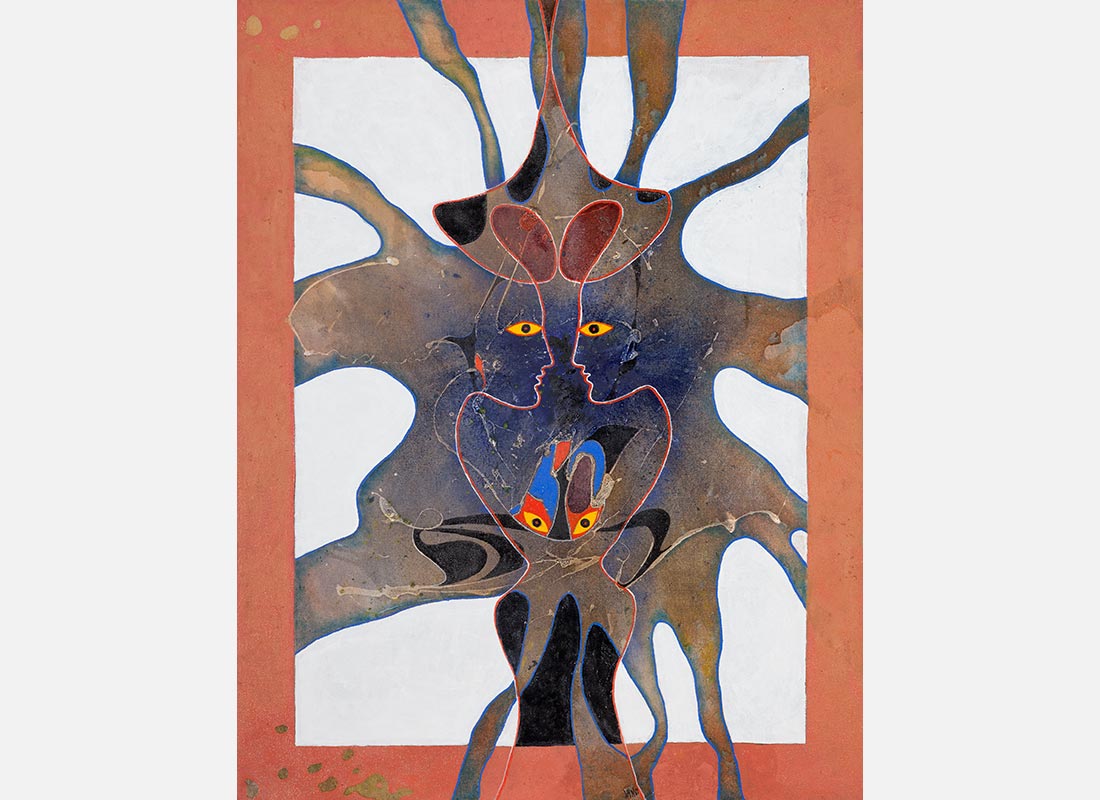 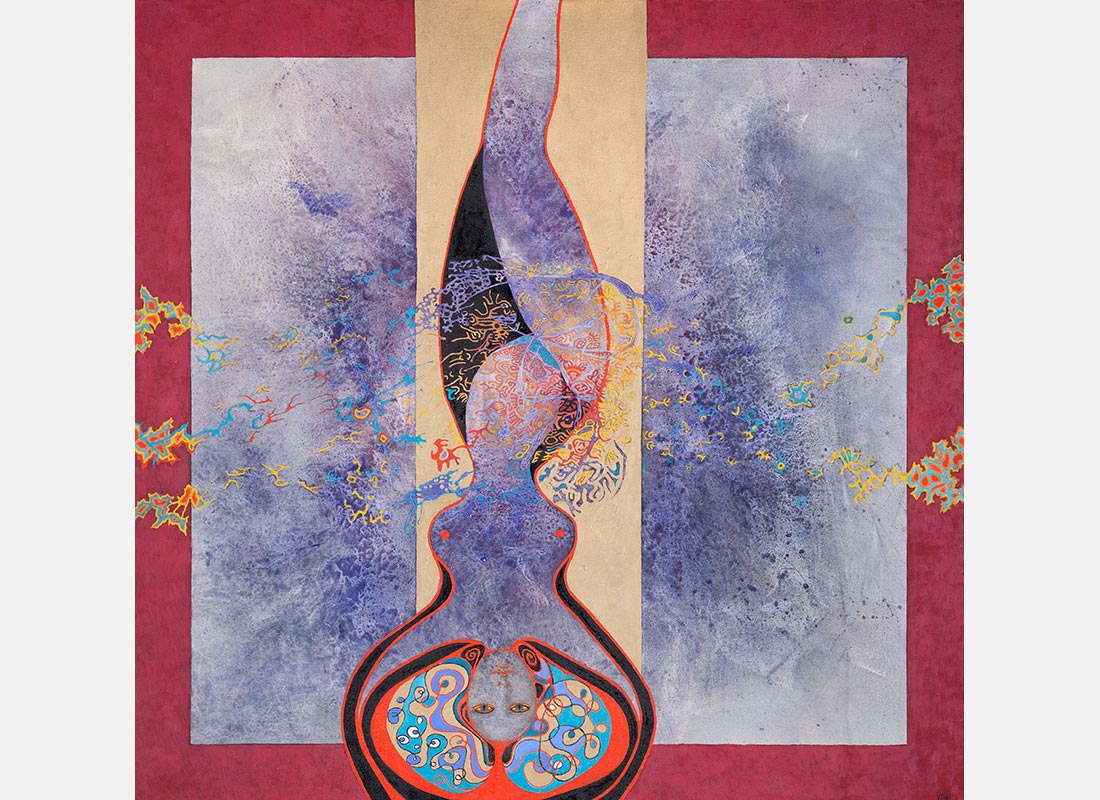 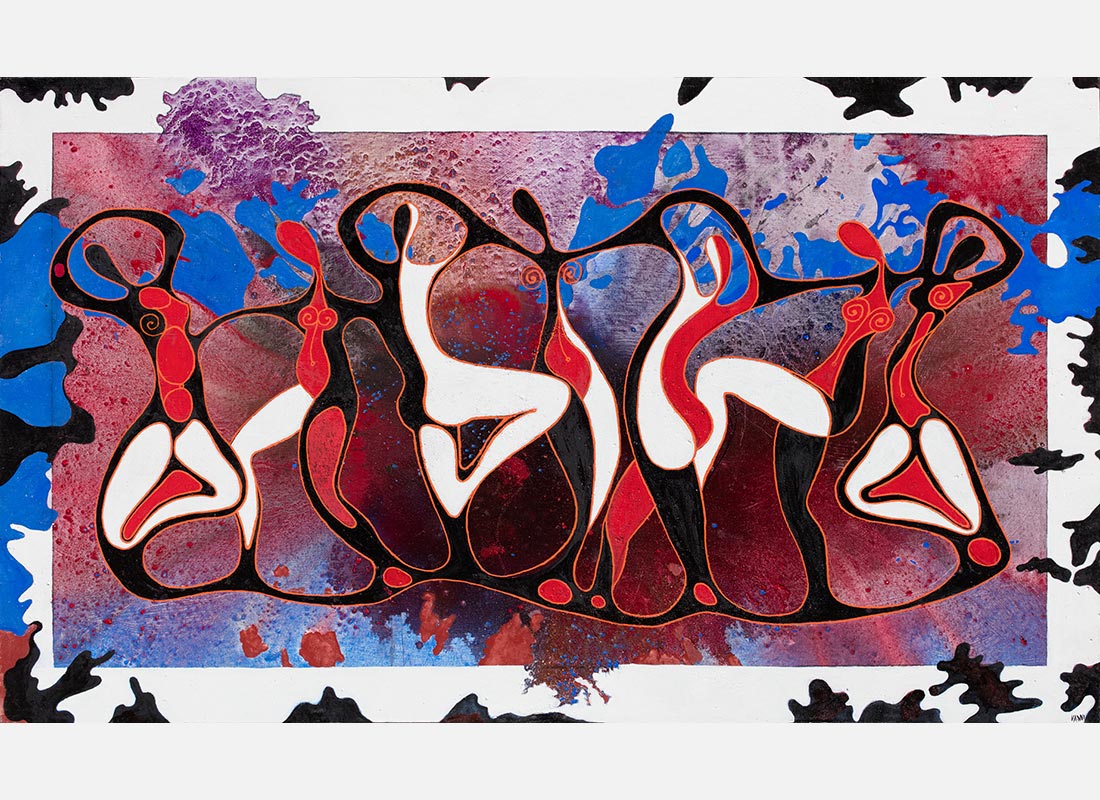 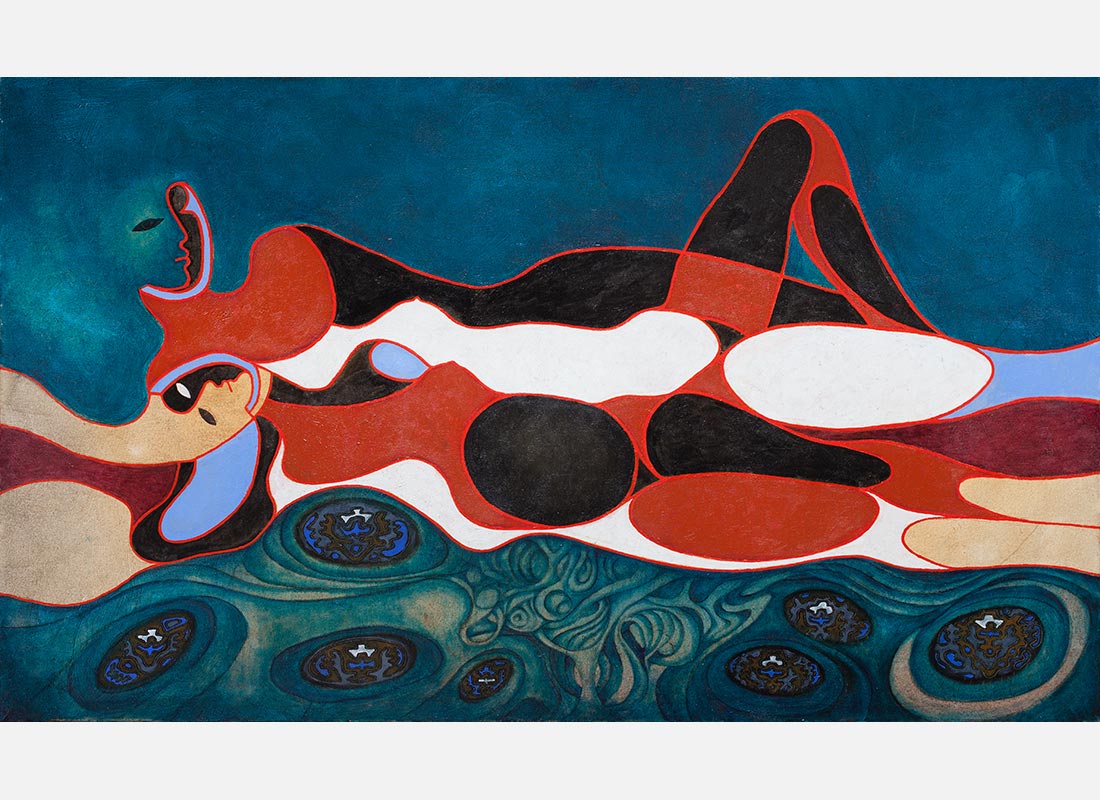 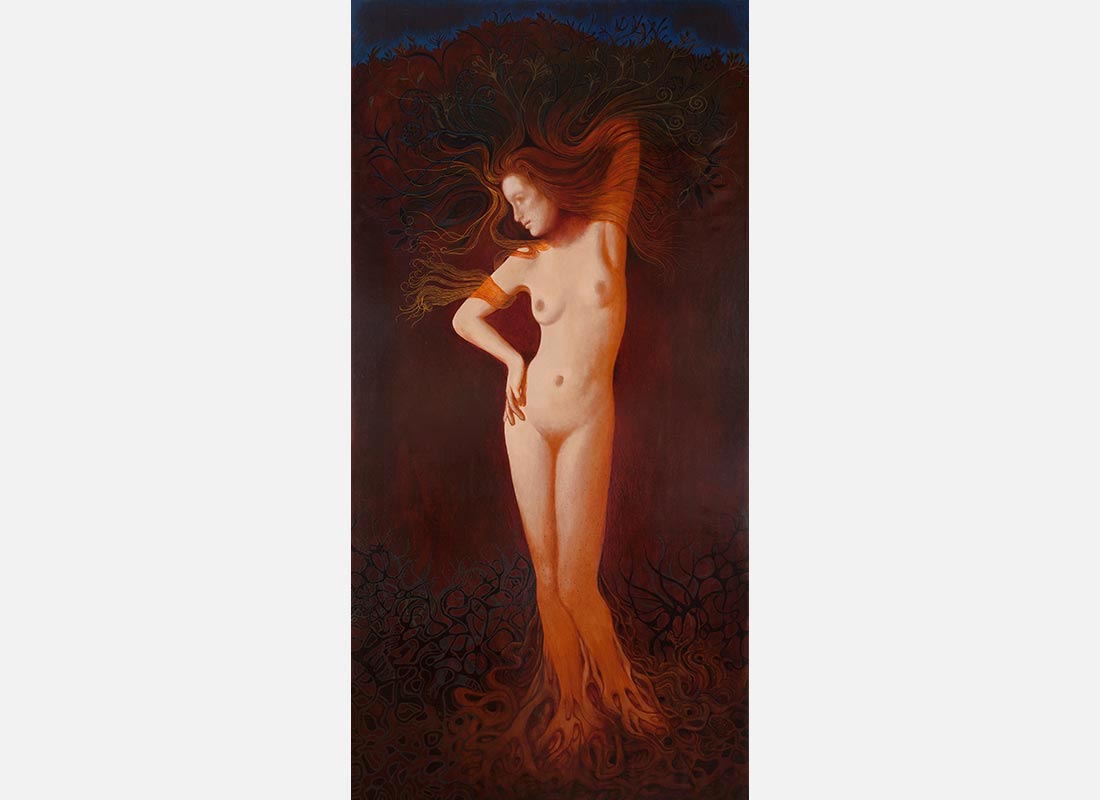 References to mythology are present in Vanni’s work since the early sixties. At that time it was mainly in the titles, where the evocative power of the name of a mythological figure would represent a counterpoint to the accentuated material nature of the works. These references come back in is work of the, but this time in the actual figuration.

The first painting with such a reference is Remembering Venice in 1982. A female nude lay in the foreground. The pose references to the classical Renaissance one of the outstretched Venus, and alludes, with the accentuated torsion of the pelvis, to Titian’s interpretation that …celebrates the goddess as a divinity of animal beauty and sensual love. As the eye moves through the painting, the rhythm of the body’s curves is repeated into abstract color fields, like a contradictory mirroring effect. The goal is to demonstrate how the represented subject is secondary to the manner in which it is represented, an open challenge to work being done by other artists of the same time.

The insertion of a woman’s body relating to myth returns four years later in Divertissement sur le thème de Daphne, a painting that clearly depicts a morphing of the female body into Vanni’s figurative world, yet coherent with the original myth. It is one of the works where the dialogue between material and intellect becomes tightest.

The myth is intended as the allegorical-philosophical expression of our cultural roots. For Vanni, re-actualizing myth does not mean carrying out a nostalgic, and folkloric operation. Rather it means charging the formal layouts of his paintings with an evocative potential that has a great number of ties rooted in a common imagination that merges with philosophical concepts. In fact, his preferred interpretation of mythology resides in Ovid’s Metamorphosis, where there seems to be no boundary between reality, myth, and concept. For Vanni, these evocations are an ever-current reference for considerations of our existence in relationship to the forces that agitate us internally or by which we are conditioned in the tangible world.

The representational element will not resurface for a while, but the symbolic one will have an importance presence in several paintings. For instance, in Primal Strength and Earth made of Air, where the main shape in the painting allude to the pelvis of a mother earth goddess.

One of the most popular recurring myths, more or less recognizable, in Vanni’s work, is the orgiastic mystical dance of the Bacchantes. The reference to the myth is in the lower portion of Akhenaton, Bacchus and the Bacchantes where the title encourages us to read in these entangled legs the dancers of magic Bacchic rituals. We will see the same compositional ideas in an artwork painted a few years later, Ghosts and Elves, Dryads and Trees. Dance Under the Moon, Bacchanalia, or Nymphs, Shadows and Trees, are all different interpretation of that myth. These paintings also gave Vanni the opportunity to re-examine the subject of the dance that fascinated him in the late forties when he discovered Matisse.

Most of these paintings, along with smaller ones like Rhythms of Symbols and Forms, Contrast of Curves and Bodies I, and Contrast of Curves and Bodies II share several stylistic similarities. The most evident one is that despite the allusion to a figurative subject, the representational elements are very stylized. Then there is a strong dialogue between texture and a wavy line culminating in a figure-ground comb-like symbol representing the female sex.

In the last years of his life Vanni painted two more works relating to the myths of Daphne and Danae. The rapport between representation and abstraction is now reversed. Whereas before there was an insertion of a human figure in his abstract world now there are some abstract parts in a figurative painting.
On Zeus and Danae, perhaps the contrasting element is embodied by the mask that she is wearing and by the surrealist background behind her. In Daphne there is practically none of the contrasting messages that Vanni has accustomed us to see. There is just a strange feeling of uneasiness in front of this painting so perfectly painted in the Late Renaissance style, but is clearly contemporary, even if we cannot imagine why.

Because the use of mythological themes is intended as the expression of our collective cultural roots, Vanni did not identify with any in particular, and therefore he referred to Oriental myths as much as Occidental, his extensive trips around the world constantly feeding his mythological imaginary. The figures of Zeus, Isis, Shiva or Danae become allegories of our existence in relationship to the forces that agitate us internally or by which we are conditioned in the tangible world.
The key of interpretation resides in the observer’s physical and emotional reaction and ultimately in her/his personal and collective memories.